Nostalgia: Celebrating the Coronation in style in Glossop 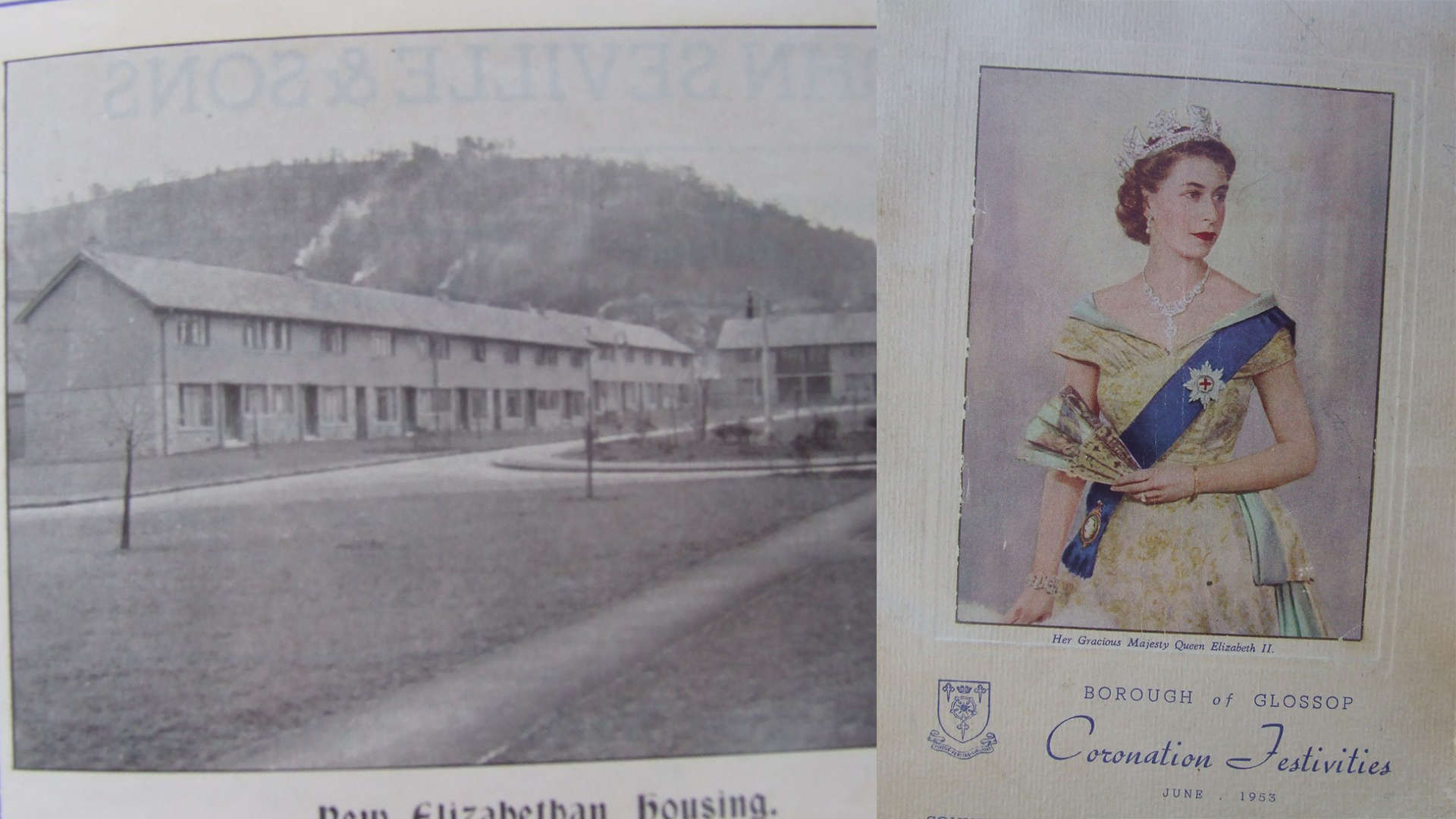 GLOSSOP GOES ROYAL: A picture from 1953 of the newly built Woodcock Grove, Glossop, which the town council described as New Elizabethan Housing and a picture of the festival brochure.

Families in Glossop's Woodcock Grove may not realise it but they are all living in 'new Elizabethan housing'.

Well, that’s what Glossop Council was calling their newly built homes in their ‘Coronation Festivities’ brochure published in June 1953.

Councils all over the country were planning to mark the coronation of Queen Elizabeth II, on June 2, in their own way.

Glossop Council was no exception and came up with a week of celebrations for townsfolk of all ages.

It began on Saturday, May 30,  with the official opening in Manor Park by the Mayor Cllr Richard Beckmann, which included the presentation of a clock for the park pavilion by the townswomen’s guild.

It heralded a gala afternoon, with a pet show, sideshow and Punch and Judy and a special coronation dance in Victoria Hall.

Sunday morning saw a civic procession that left the market ground for a service in All Saints Parish  Church, while in the afternoon Besses ‘O’ the Barn Band gave a concert in the park.

Monday was devoted to old people’s tea parties at various venues, plus a three-a-side novelty cricket match at North Road.

All eyes were on Tuesday, Coronation Day, when a beacon fire prepared by local scouts that could be seen for miles around, was being lit on Whiteley Nab.

Following on was the Mayor’s Coronation Ball and there must have been plenty of sore feet and sore heads the following day, as it lasted from 8pm to 3am.

Almost every street and home had been decorated with bunting, flags and streamers, many bringing out tables for a coronation party and the Mayor had to pick the winners.

Also on what must have been a busy Wednesday, was a bowling competition and tennis exhibition, both in the park.

While on Thursday was  a swimming gala and water polo match in Wood’s Baths.

Not content with just presenting the park pavilion with a clock, the townswomen’s guild was presenting an Elizabethan Evening on Friday in Victoria Hall.

The festivities were drawing to a close on Saturday and in a spectacular way, with a procession from Hadfield to Manor Park, where there was a fancy dress, country dancing and tableaux. There was also another coronation dance at the ‘Vic’.

The festivities were finally over on Sunday with what was called a ‘festival of youth’ at the Empire cinema.

The High Street West picture house was to play its part in another coronation event, the technicolour film ‘A Queen is Crowned’ with every school child getting a free ticket.

It was a week to remember.