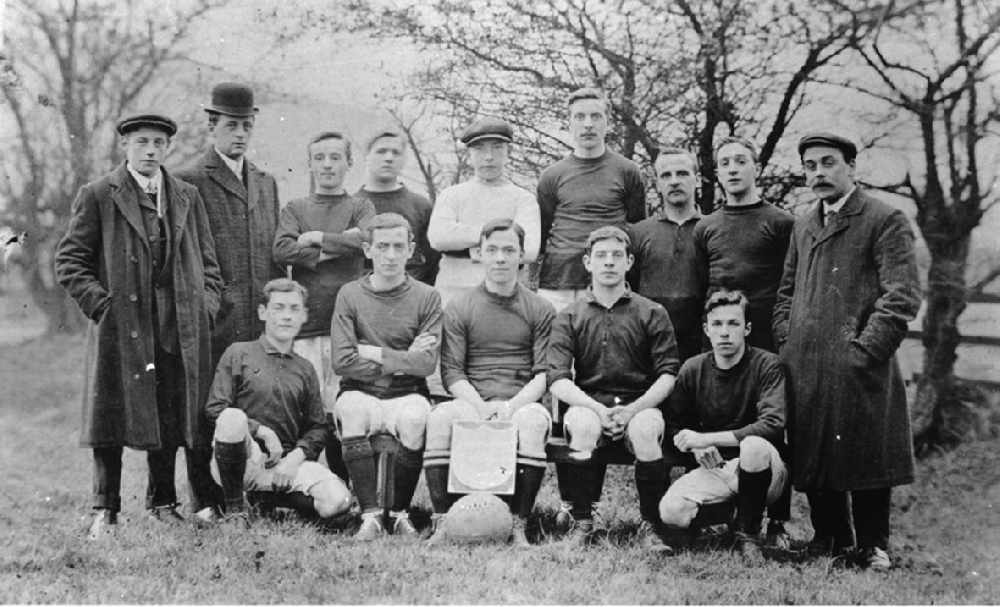 Our thanks once again go to Glossop Heritage Trust director Mike Brown for supplying another picture from his archives of bygone Glossop.

Mike loaned the shot of the Glossop Tuesday football team we featured a few weeks ago and he has come up with this one which may also be of the same team.

Both played at Pyegrove Fields which in those days - before Woodcock Grove and Queen’s Drive were built - stretched from where the tennis club is now, more than a hundred yards to Pyegrove Road.

Mike said: “Septimus Shoebridge had the shop at 4 Norfolk Street, which was hit by a runaway tram from Victoria Street. Mr Lester’s family had (greengrocers) shops in Glossop.

“Robert Hamnett was the well-known Glossop historian. The other Hamnett on the photograph who was the goalkeeper, was his son.

“Is this another Glossop Tuesday team? As at least two of the players from the photo that you recently published are in it. But it is a bit younger than on the other photo. Far right on the back row is A Fielding. Back row second from right J Cuthbert.

“But the far left is my grandpa Albert Victor Shirt, who was working for the Co-op and later became a  grocery department manager. He was born in 1891 so this photo is when he was a teenager.”

FOOTBALL TIME: Is this a picture of a team of shop workers who played football on their half day off under the name of Glossop Tuesday FC? Picture courtesy of Glossop Heritage Trust.