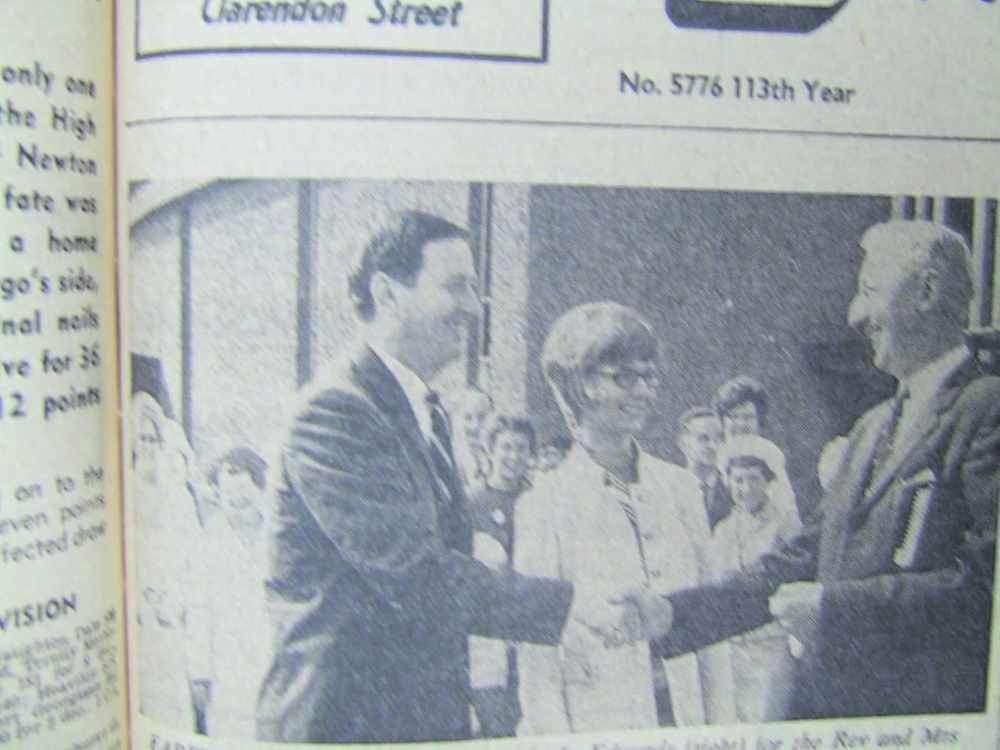 Roger and Judith Ireson returned back home to America 50 years ago last week - and Glossop Methodist Church members were united in saying that the town would be all the poorer for their leaving.

The Iresons had left Michigan four years earlier and had been given the warmest of welcomes.

Rev Ireson had been studying for a degree at Manchester University and later doing a thesis in a doctrine of faith at Cambridge University.

The couple had lived in Dinting Road, Glossop, during their stay and their friendly approach had won them numerous friends.

Rev Ireson had preached many times at Central Methodist Church, with Judith spending her time teaching at a local school.

They also gave talks at Glossop Rotary Club meetings and other local organisations.

The Iresons told the Chronicle how much they had fallen in love with Glossop and would very much like to return for a visit one day.