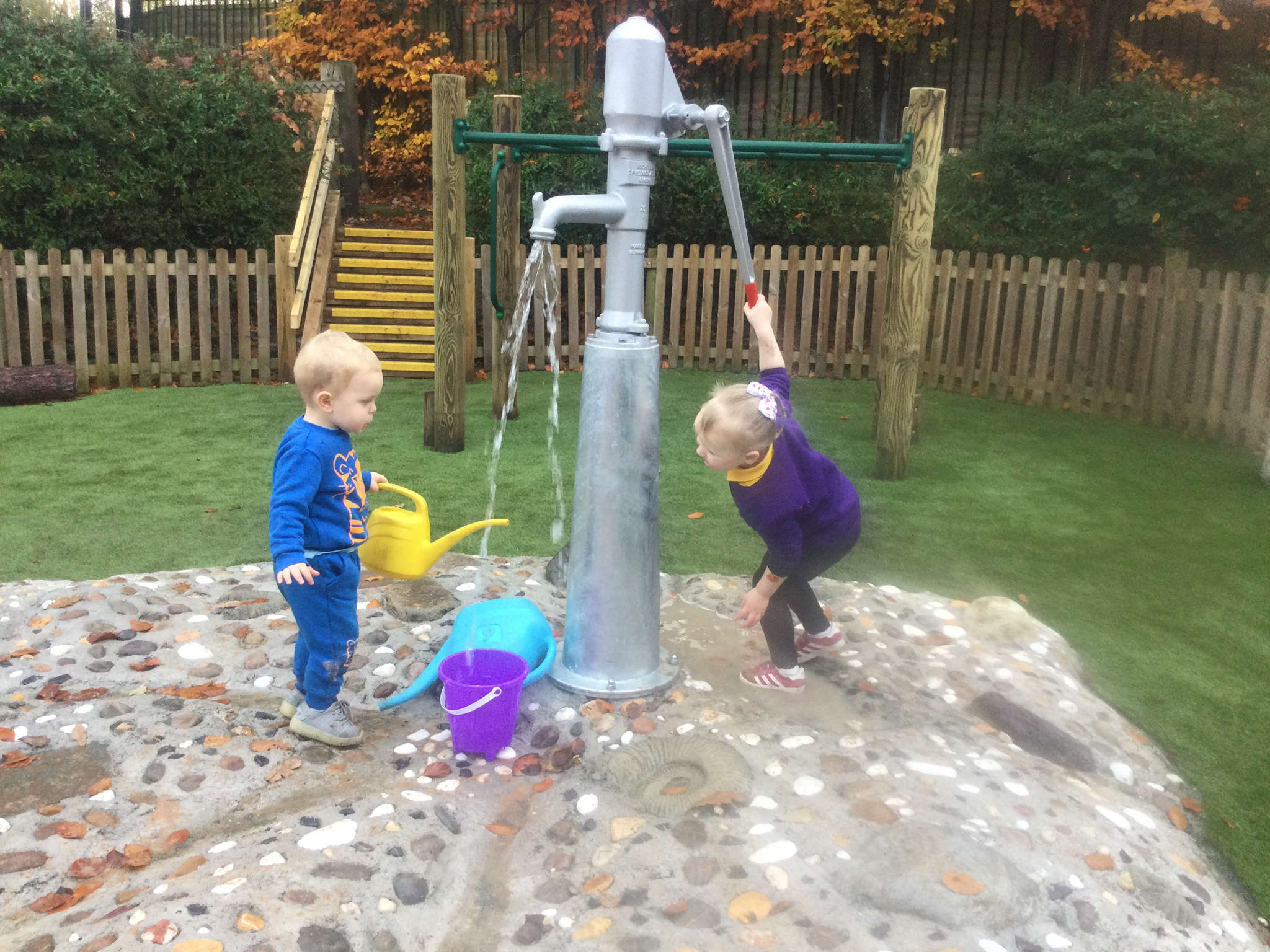 The new nursery garden at Gamesley Early Excellence Centre has been opened after a seven-week building project to transform it.

The ribbon was officially cut on Monday (15 November) by Jackie Riley, who has been involved with the Winster Mews nursery since it opened in 1973.

Mrs Riley was one of the first teachers at the nursery when it was Gamesley Pre-School Centre and then went on to be a governor, a role which she still holds today.

As the ribbon was cut, parents and children gave three cheers. 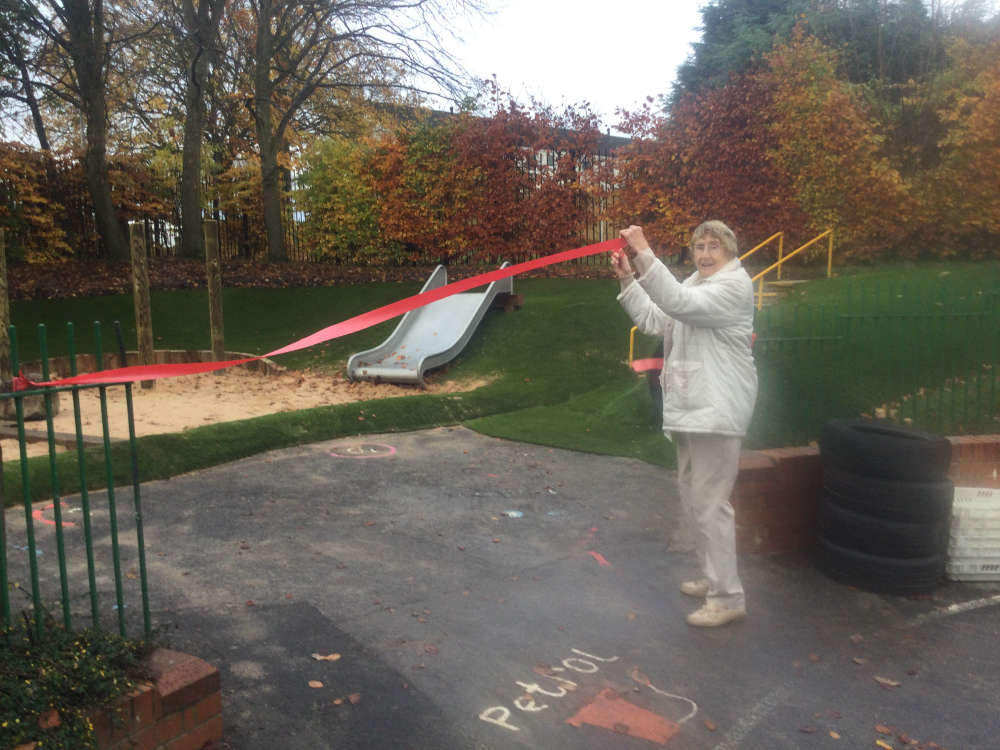 The work on the garden was designed and undertaken by a company called PlayGarden, who also created Lyme Park's play space.

It includes a large sandpit with water pump, slide, cave, monkey bars and a boulder climb.

Anna Portman, head teacher at the nursery, explained that the children have free-flow access to the outside throughout the day and go outside in all weathers.

She described the planning process, explaining how both she, her staff and the architect observed how the children played outside and thought carefully about where children are most focused in their play. 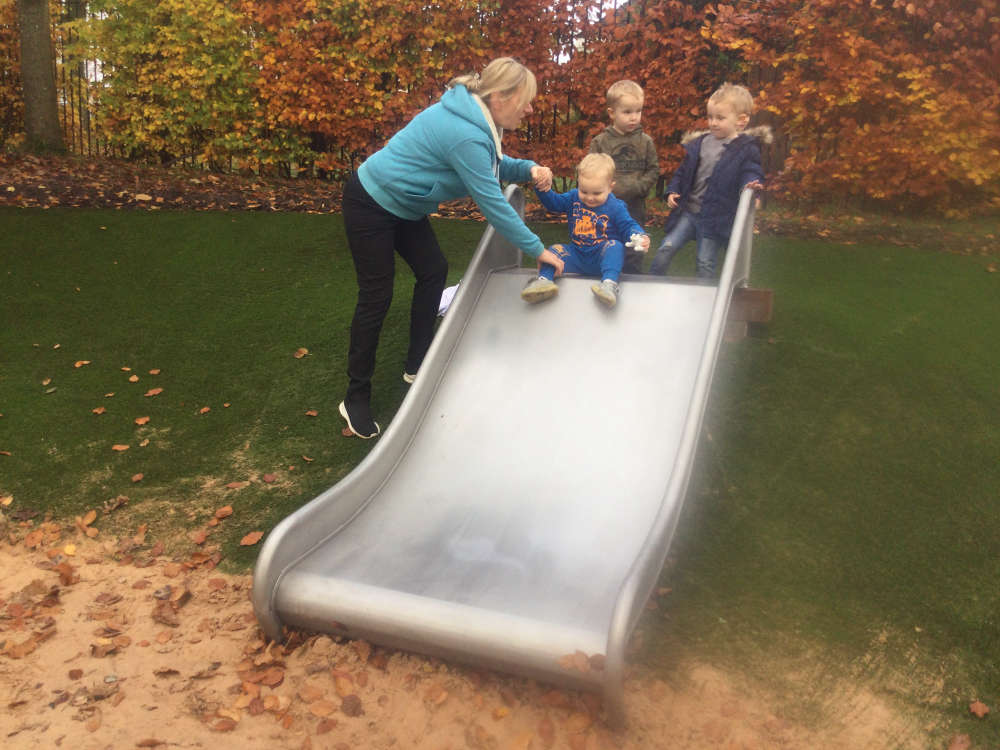 Anna said: "The beach was a real inspiration for the design as children's early exploration and experimentation is developed through play in sand and water.

"The Nursery School also has a keen interest in supporting children's well-being and involvement, and it is in open-ended play where children become deeply absorbed in their learning that these skills develop; staff at the Nursery believe that this new space will promote these skills."

Prospective parents who would like to arrange a visit to the nursery to find out more about putting their child's name on the waiting list can phone 01457 860456.