New civic chairman looks forward to the year ahead 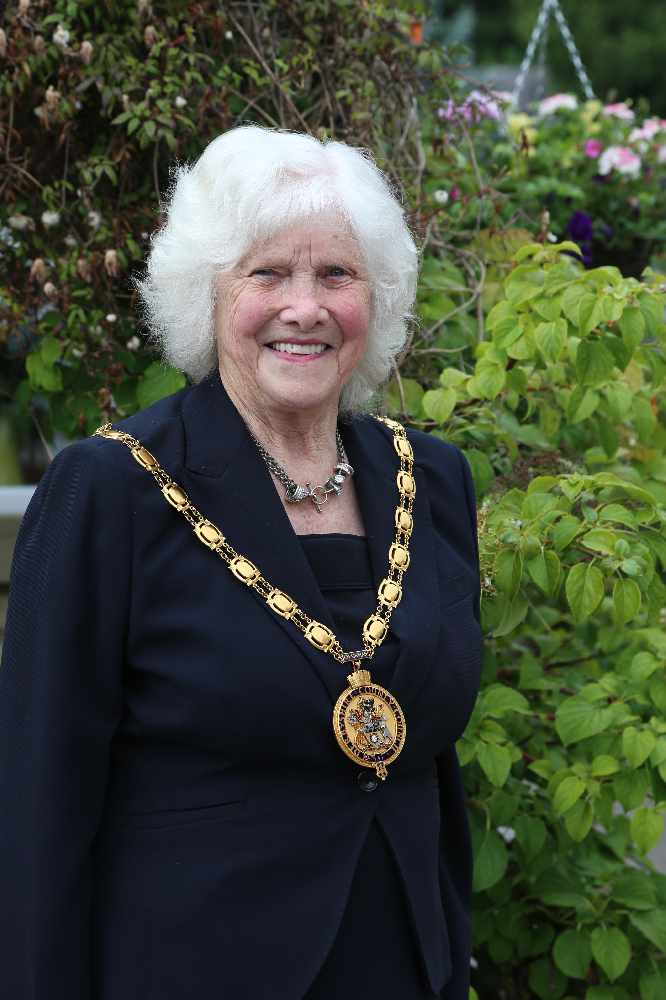 Councillor Twigg (pictured) accepted the honour at the county council’s AGM – which was held virtually because of the current coronavirus situation.

Her chain of office was presented to her by her husband, Leonard, at their home in Bakewell, where the couple are isolating.

In her acceptance speech, Councillor Twigg said: “I am honoured and delighted to accept the position of Civic Chairman of Derbyshire County Council.

“I have greatly enjoyed representing Derbyshire residents as a councillor for 23 years, and the last 12 months as Vice Civic Chairman to Councillor Parkinson have certainly been eventful. The Vice Chairman role has more than prepared me for my move into the role of Civic Chairman and it gives me great pleasure to take it on.”

Councillor Robert Parkinson will be Vice Civic Chairman this year.

The civic chairman’s role is to act as an ambassador for Derbyshire and to be a link between the county council and local community bodies.

Councillor Twigg said that, despite the current situation, she aims to attend events where social distancing is possible and is happy to attend others using technology like Skype and Microsoft teams – and even older forms of communication like letters and the telephone.

“It will be different but I’m very keen to use the technology as I work to promote Derbyshire," she said. "I’m also determined to support local community organisations who are so critical to helping Derbyshire get back on its feet following lockdown.”

Councillor Twigg has a long history of public service to the people of Bakewell and Derbyshire.

She has represented Bakewell on the county council for 23 years and was also a Derbyshire Dales District Councillor for more than 30 years, stepping down five years ago. At Derbyshire Dales, she was chairman twice and she was mayor of Bakewell three times.

Her involvement in local issues began when her youngest child – she has three sons – was just three years old, and a park ranger wouldn’t let him ride his tricycle in a local recreation ground. She stood for the local council at the next election to try to change that and to work to improve local lives in other ways.

After thoroughly enjoying her long involvement in local government, she describes this term in office as her “swansong” - saying she will step down at the next election.

“I think it’s time to let someone younger take over,” said Councillor Twigg.