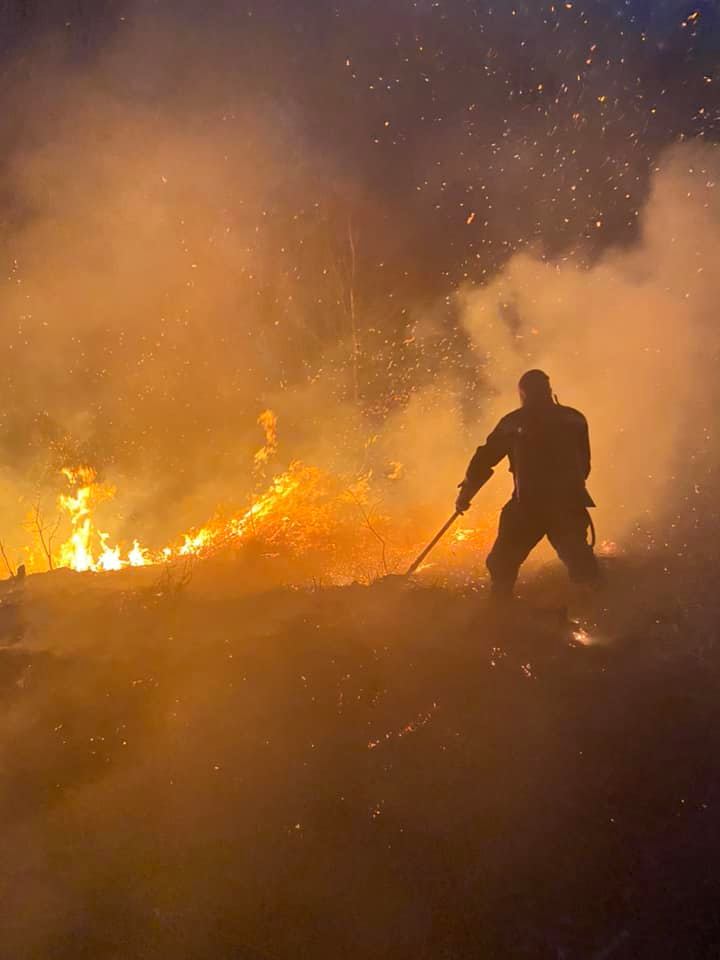 Police believe a group of men from Leeds may be responsible for starting a fire which destroyed an area of moorland on the Woodhead Pass.

At around 8pm on Good Friday (April 10), fire crews from Glossop's Whitfield Park station and Hyde were called out to a moorland fire just off the A628 on the Woodhead Pass, which was well alight when they arrived and they extinguished it with beaters.

Police think this fire, close to the entrance to the Woodhead Tunnel and covered 200 sq m of moorland, was caused by a BBQ getting out of control.

Derbyshire Constabulary has confirmed the men, who are all in their early 20s, will now be summonsed to court to face allegations under the new coronavirus legislation.

In a statement, the force said: "Officers have identified a group of men from Leeds whom they believe may be responsible for starting a fire which destroyed an area of moorland.

"Firefighters and officers were called at 8pm on Friday 10 April to reports of a moorland fire just off the A628 at Woodhead.

"An area of about four hectares was burnt. It is believed the fire was started by a BBQ which had gotten out of control.

"We have traced four men, all in their early 20s, who we believe were involved. They have been summonsed to court to face allegations under the new coronavirus legislation, namely that they were associating with people other than those in their own household and that their travel by car to Derbyshire was unnecessary.

"An investigation into the fire is still ongoing."

It was the first of two fires that fire crews had to deal with on Good Friday night.

Less than four hours later, Glossop's on-call firefighters and crews from Stalybridge were summoned again to another moorland fire on Torside, near Didsbury Intake, which was bigger in size. Beaters and water backpacks were required to put it out.

It led to another impassioned plea from Glossop's firefighters to the public to stay indoors and "stop creating unnecessary work" for them.

Read more: Another plea from fire crews after TWO moorland fires in one night