MBE for Tintwistle woman who helped set up Nightingale Hospital 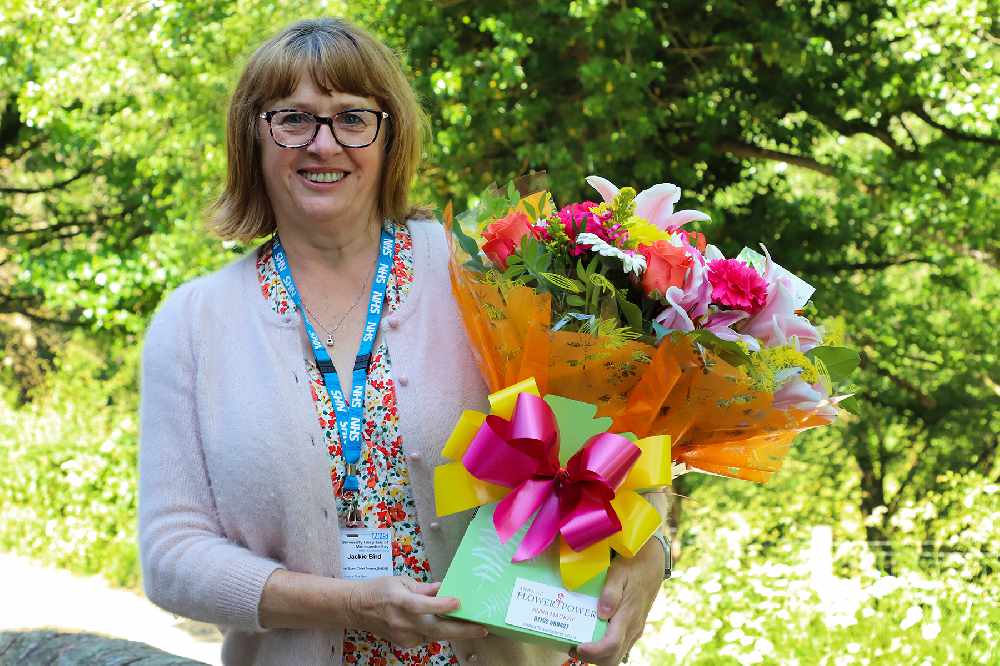 Jackie Bird, who has been honoured with an MBE. Image: Nigel Wood.

When Tintwistle woman Jackie Bird was tasked to set up Manchester's Nightingale Hospital, she didn't realise it would change her life forever.

Jackie, 58, from Woolley Mill Lane, managed to get the facility up and running, with help from the Army, in just two weeks.

Now Jackie has been awarded an MBE in the Queen’s Birthday Honours for the work she did getting the Nightingale up and running to treat Covid-19 patients.

She was working as the Regional Chief Nurse for the North West of England when she was given the job of setting up the unit.

Jackie received an email in May telling her she’d been selected for the honour.

She will receive her MBE next year at a ceremony at Buckingham Palace.

Jackie told the Chronicle: "I was absolutely delighted with the news, but it was a bitter-sweet moment, as I couldn't share it with my husband because he died last year. Everybody has told me he would have been so proud of me."

Stephen Bird, 59, was well known in the area as he ran Bird’s Carpets in Glossop. He died suddenly from a brain haemorrhage in February last year.

Jackie added: “To put together the Nightingale Hospital in just a fortnight was hard work.

“My job was to find the correct build, be responsible for making sure we had enough doctors and nurses and that we delivered high standards of care to patients.

“We had no idea of what lay ahead in terms of patient numbers. The Nightingale Hospital closed after the first wave of Covid-19, but everything remained in place in case we needed it again, which we did.

“It opened again during the second wave as the NHS became overwhelmed with the number of people being treated in the pandemic.”

Jackie has worked in health care for nearly 40 years. She now works as a nursing consultant.