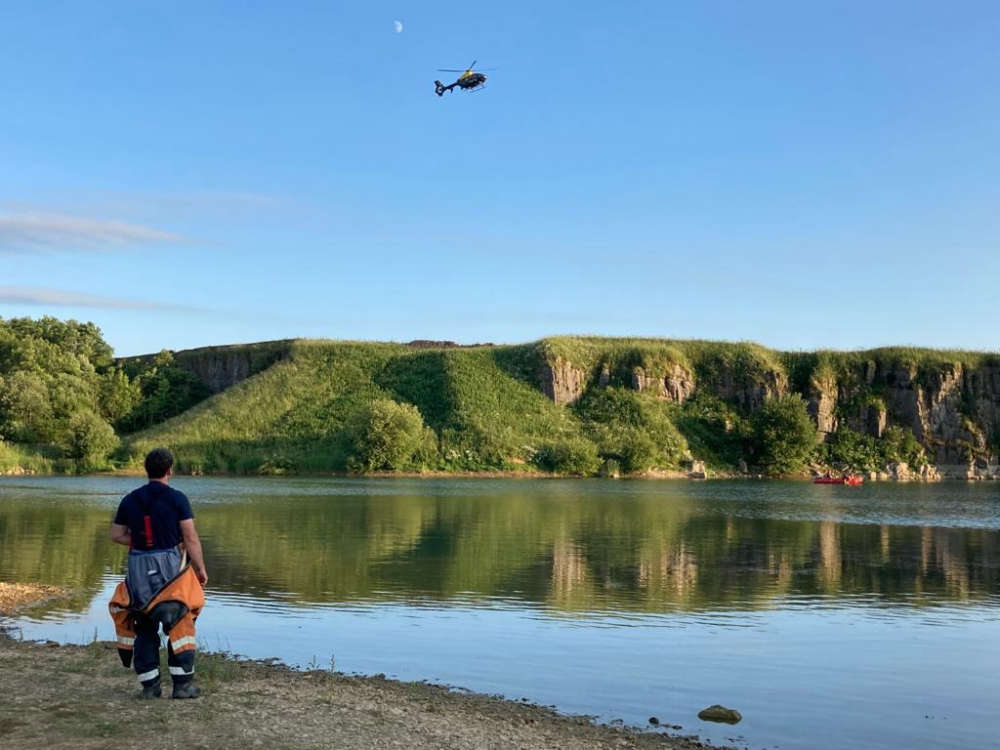 The body of a man has been recovered from a disused quarry in the Dove Holes area near Buxton, following an extensive search and rescue effort by emergency services.

The police and fire service went to the open water Victory Quarry at around 7pm on Sunday evening (18 July) after receiving a 999 call saying there was a man missing in the water.

It was reported that the man had been seen in difficulty before the call to emergency services was made.

A spokesperson for Derbyshire Constabulary said: "Officers were called to the site, off Buxton Road at Dove Holes, around 7pm following reports that a man had entered the water and found himself in difficulty.

"Firefighters and paramedics also attended the scene and despite extensive search and rescue efforts, the man’s body was recovered from the water shortly before 11pm.

"His next of kin have been contacted and we are preparing a file for the coroner."

"The thoughts and sympathy of everyone from Derbyshire Fire & Rescue Service and all involved are with the family and friends of the deceased at this distressing time."

Emergency service are now reiterating their message to people to stay out of quarries, rivers, reservoirs and other open water sources as the current heatwave looks set to continue.

Group Manager Hawker went onto say: “When the weather is hot, we know people are tempted to cool down by swimming and jumping into open water, however no matter how warm the weather is, the water remains cold which can cause the body to go into cold water shock, making it difficult for even the strongest swimmer. Hidden rocks and debris can also pose a threat as swimmers can easily get tangled and trapped.

“Yesterday there were over 200 people at Waterswallows Quarry, not far from Victory Quarry, and no-doubt countless others at quarries, reservoirs and rivers across the county. Despite repeated prevention messages and visits from the emergency services at known risks in the local area advising of the danger of swimming in flooded quarries where depth change can be quite sudden, it really is sad than a man has lost his life in such tragic circumstances.

“With the hot weather set to continue and lockdown restrictions now lifted, we know people will be out and about enjoying the sunshine but ask that people stay safe and stay out of the water.”

Derbyshire Fire and Rescue Service also say no further details about the incident are currently available.