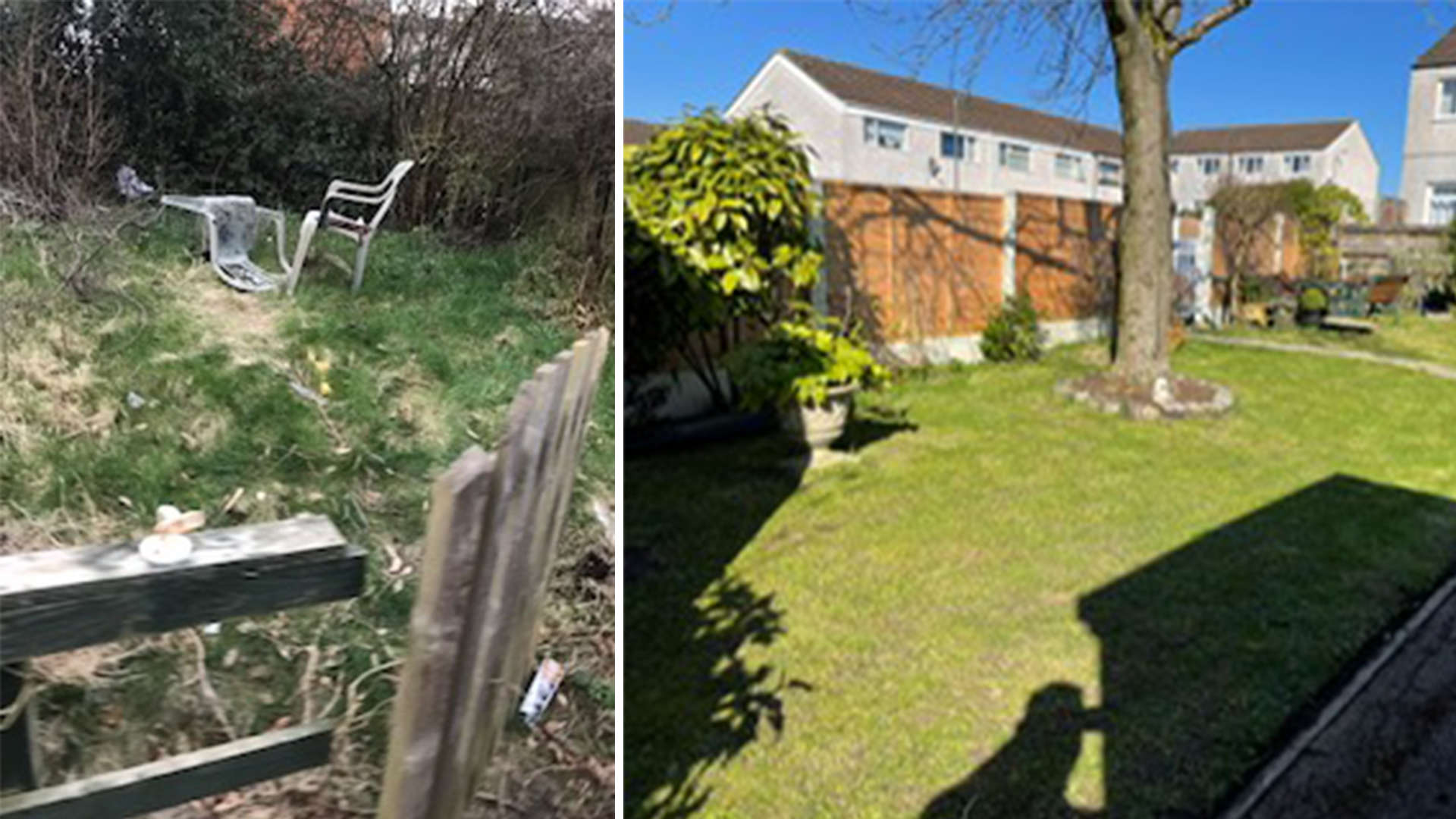 Before and after pictures of the garden.

Campaigners are hoping to save a garden on the Gamesley estate which has been created on a small patch of borough council land by a local man.

Gary Dooley has put up new fencing and planted flowers on the land off Wardlow Mews.

But High Peak Borough Council has told him he has to give the land back and get rid of his garden.

Locals have enlisted the help of High Peak MP Robert Largan in a bid to save it.

Gary has replaced the broken fencing and built a shed on the site to store his gardening equipment.

He told the Chronicle: "I’ve funded this garden with my own money and being told to destroy it is heart-breaking. I’ve spent a lot of time and effort on it and it’s brilliant to see local residents making use and enjoying what used to be a wild and overgrown space.”

Gary added: "The paths were beginning to fall apart so I’ve made them usable again.There’s a couple of people around here who used to struggle to put their wheelie bins out and a blind couple have just moved in near to the garden, so I’ve just tried to make it safer for them all.

"However the council have told me I have to remove everything by next month. I have even offered to buy the land but they won’t let me." 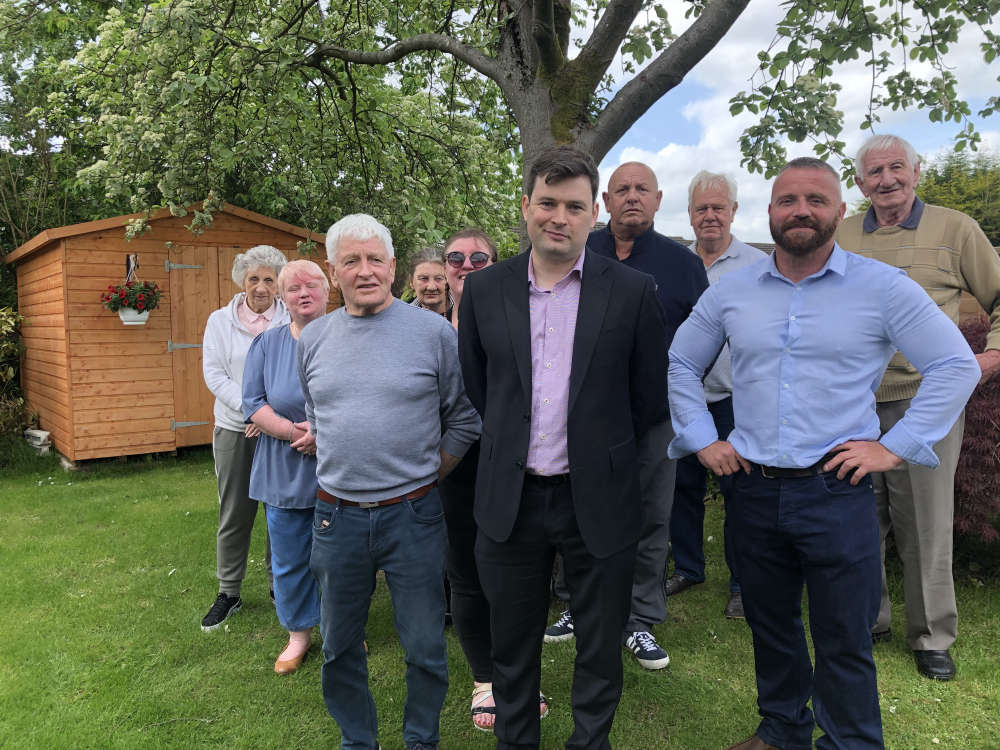 Local people have asked the borough's MP Robert Largan to help save the garden.

He told us: "I think HPBC have a lot of things they should be focusing on, and instead they’re focusing on the one good thing that has been done on the estate. I have appealed Gary’s case, but they still say it has to be gone.

"I have written to the council and asked them to reconsider, but their response remains to get rid of it. They have no plans to use the land but they still refuse to sell it to Gary so his garden can continue."

Councillor Fiona Sloman, Executive Councillor for Housing at High Peak Borough Council, said: "After investigation following a complaint, the Council advises that no one has adopted this land – the Council owns it. The Council has not, and would not, grant permission for the installation of the shed and fencing, so we have asked Mr Dooley to remove them.

“We understand that this decision is disappointing for him, but allowing him to retain these structures on Council land would set an unsustainable precedent.”