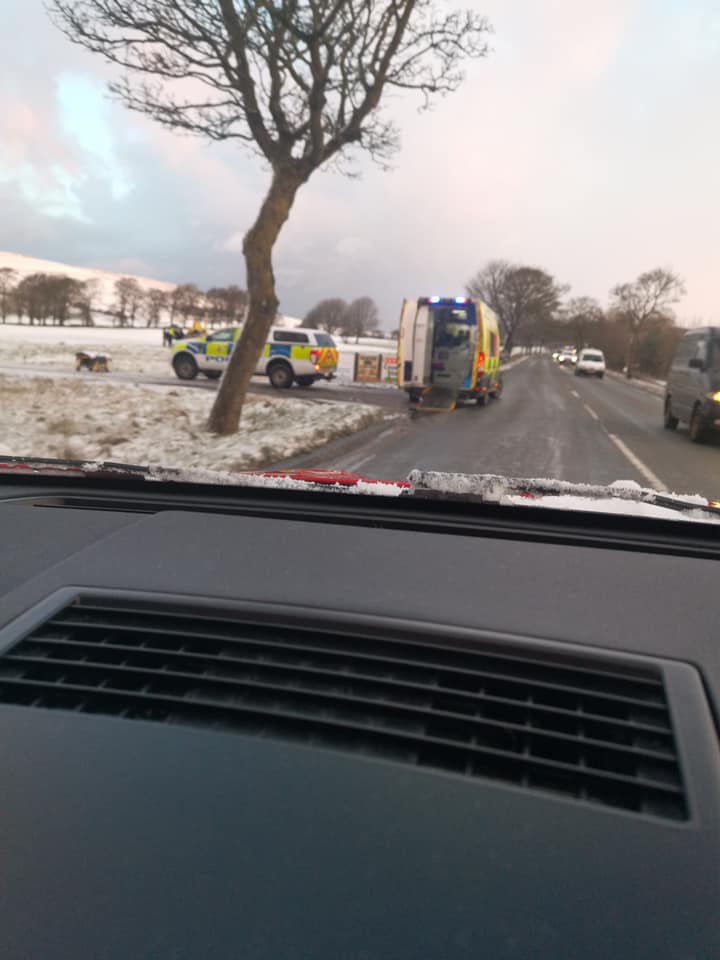 A man is seriously injured after being hit by a car in Buxton as heavy snow came down this morning (Tuesday).

He was airlifted to hospital following a collision between a Mini Cooper and a pedestrian on Holker Road at around 6.50am.

A Derbyshire Police spokesperson said: "At the scene, we found the male pedestrian with serious injuries, and he was taken by air ambulance to Stoke Hospital."

Police officers are still at the scene as enquiries are ongoing.

The driver of the car is believed to be unhurt.

Snowfall has affected many people in Buxton and people travelling towards the town during the morning rush hour, with cars stuck and roads blocked.

Glossopdale Police's Safer Neighbourhood Team warned people to take care travelling on the A624 Chunal stretch because of poor driving conditions due to the snow (pictured below). 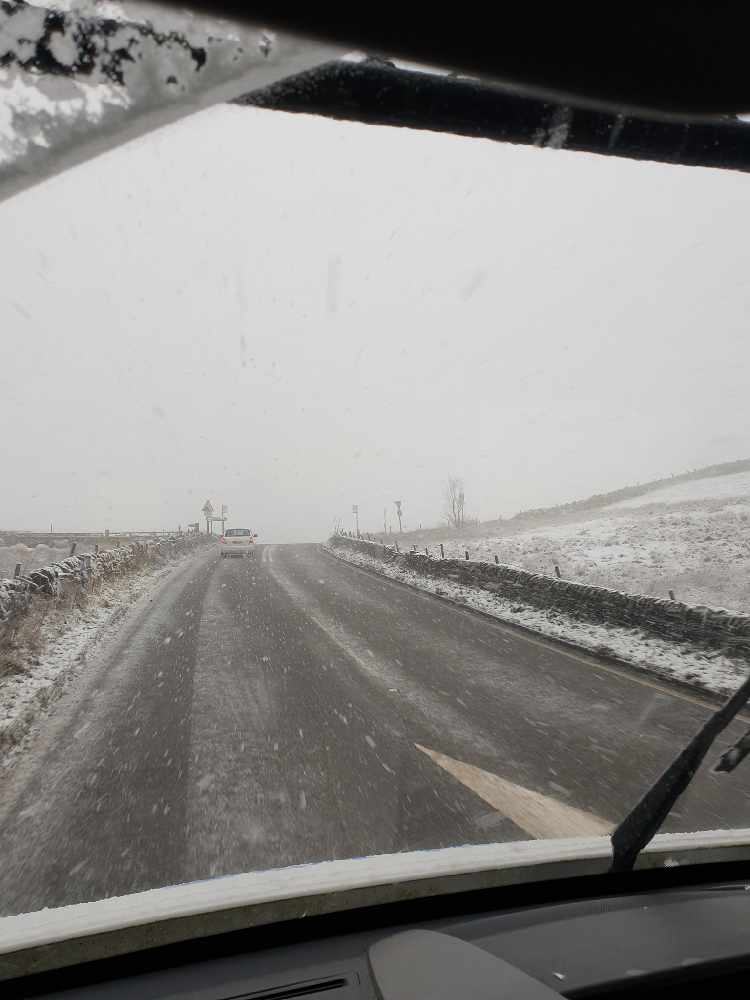 A lorry was also reportedly stuck near the Lamb Inn on Hayfield Road going towards Hayfield, with the below image captured by Laura Hartley. 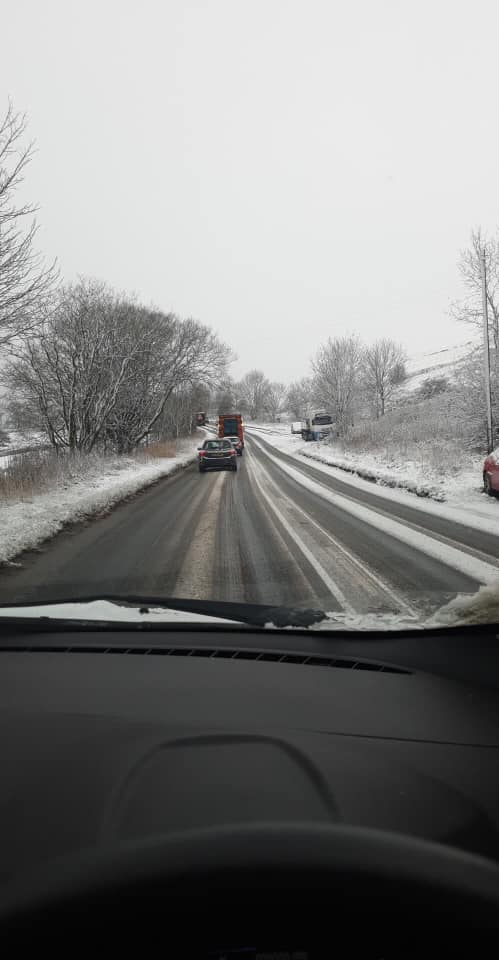 At around 7.30am this morning, it was also reported that Monks Road was partially blocked due to an accident between A624 Chunal and Charlesworth.

Police issued the following update on Twitter at around 10.30am on Tuesday morning: