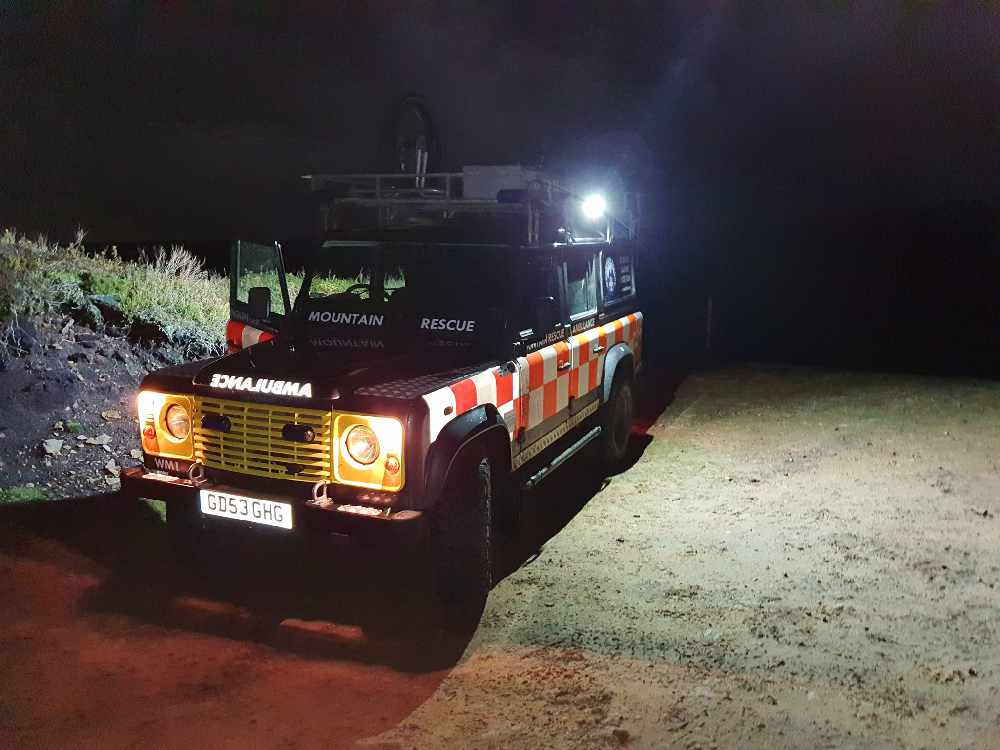 Glossop Mountain Rescue Team were called to assist a 23-year-old man who got lost on the moors last Thursday night (17 October).

Around 24 members and a dog were required to eventually bring the man to safety in the early hours of Friday morning.

Woodhead Mountain Rescue Team say they were initially contacted by South Yorkshire Police to help locate the man who had been out walking on his own.

It is understood he set off earlier in the day from Langsett to do a circular route but, on his return, he lost the footpath and was unable to relocate it.

He then made contact with police but was unable to provide his location, so Woodhead MRT were called out at around 10.45pm.

They said: “Communication with the young man was very intermittent and, with the uncertainty of his condition, the decision was made to call on our neighbours Glossop Mountain Rescue Team for assistance should we have needed to carry him off the hill.

“The Phone Find system was used to confirm the casualty’s location, just east of Swains Head. Team members, including search dog Scout from Mountain Rescue Search Dogs England, were deployed from different locations - just in case he decided to move. It would give us a good chance to intercept him.”

Woodhead MRT said: “Other than being lost and a little cold, he was in good spirits and happy to be walked off the hill to safety. The incident was complete by 01:23am with a total of 24 team members from both Glossop MRT and Woodhead MRT, plus one pooch.

“Team members managed to catch a few hours of sleep before their alarms went off ready for their day jobs to commence.”