Life in the pandemic painted on canvas 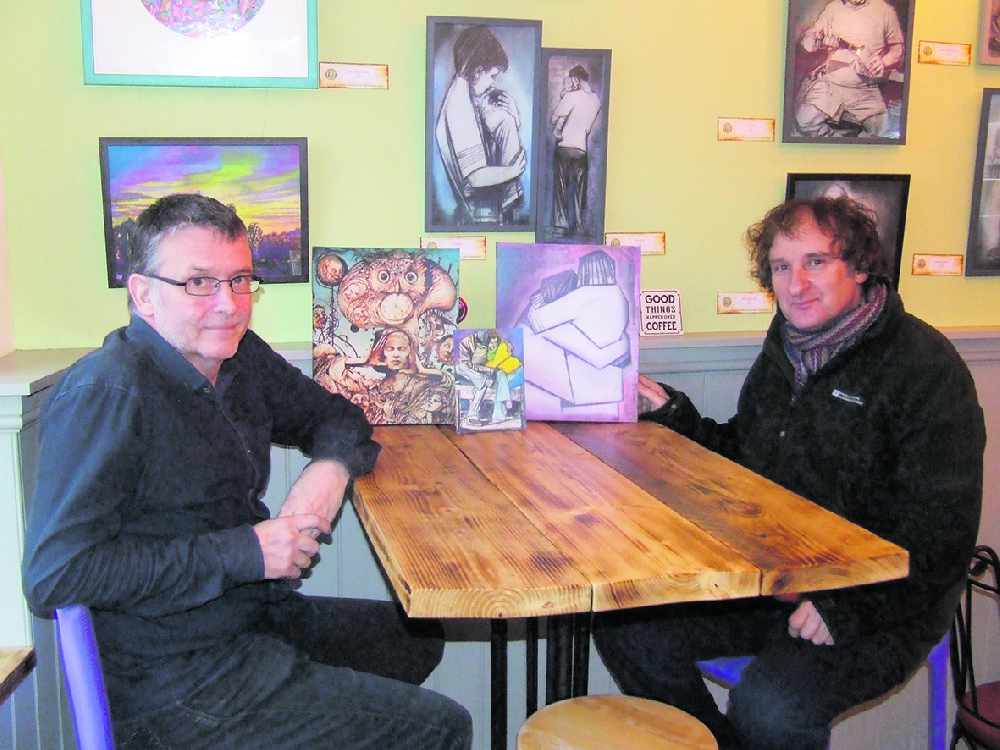 A Glossop artist is depicting the effect Covid-19 is having on millions of people worldwide.

The 59-year-old says it’s because that is what people all over the world are missing most during the coronavirus pandemic.

John, who completed many of his paintings and drawings over the series of local lockdowns, said: “During this period I felt it was important and essential to show the human emotion combined with the stoic spirit to keep strong and persevere through the difficult and challenging times that lay ahead.”

Images from the show, that opens at the High Street East cafe on Saturday, include a mother with her newborn baby, musicians playing and expressing themselves and a young couple facing a future that’s uncertain. 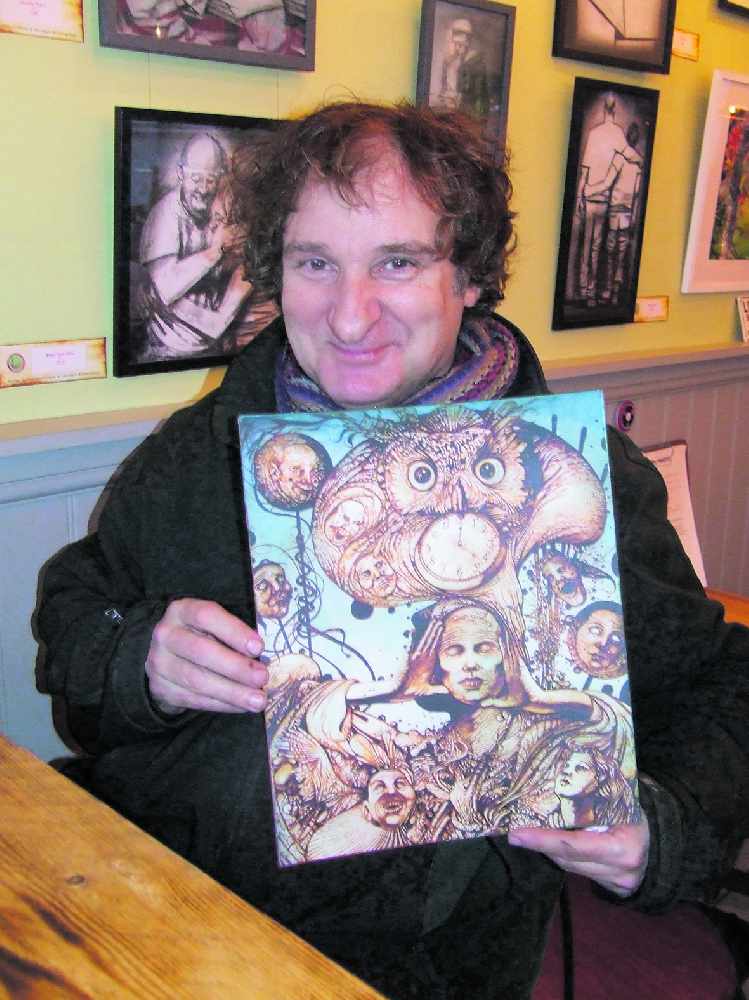 There’s also one of ‘wise old owl’, super-imposed with people looking in different directions, unsure of what the future will bring. The 15 images were chosen by John and cafe proprietors Karl and Amanda Duke.

“There were many more we could have shown,” said John, who is famous for his images of cats.

“But we decided on these because they show what people are feeling and going through.”

John said the idea for the exhibition came from a Glossop grandmother who told him that the one thing she missed the most was seeing her grandchildren and giving them a hug.

“I want the images to show the human bound that still exists, but I feel that the longer that this Covid-19 does go on there will be a lot more people suffering from depression,” he added.

‘The Hug’, which runs until November 28, also includes work from the Cat Series, landscapes in the setting sun, even psychological warfare. All are for sale.