Moorland fire could have been caused by discarded beer bottle 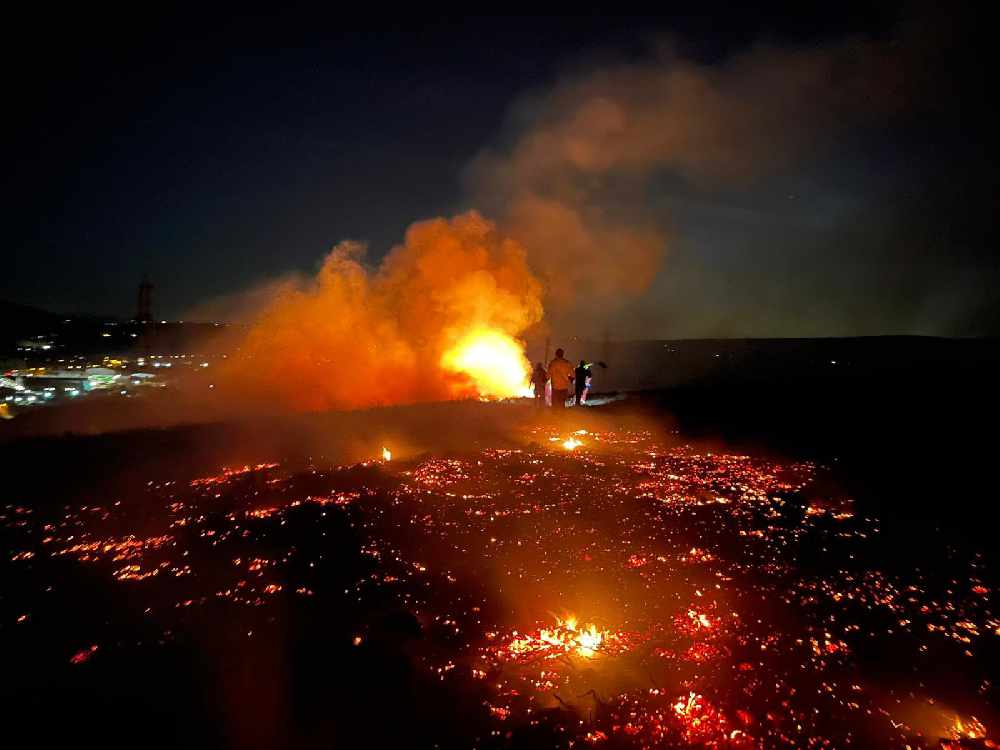 Derbyshire Fire and Rescue Service have confirmed that last night’s fire at moorland at Hollybank Quarry could’ve been caused by human activity.

A broken beer bottle was found at the site, which could have contributed to the start of the blaze.

Two fire crews from Glossop, one wholesome and one on-call were sent, alongside another from New Mills Fire Station at 9:22pm.

They worked alongside land owners, RPSB and United Utilities to extinguish the fire. Police also attended the incident.

The fire was out within a few hours and crews have been back today to reinspect the site and check for hotspots.

Speaking earlier today, DFRS Wildfire Lead, Group Manager Steve Wells said: “During a re-inspection of the site today fire crews have discovered a broken beer bottle, evidence of human activity at the scene of the fire.

“Over the last three weeks firefighters have responded to three other fires in the same area, all starting in the evening after sunrise.

“Whether this was a deliberate act or reckless accidental fire, the outcome is the same. Moorland fires have a huge impact on the finely balanced eco-system of our countryside, killing vital natural habitat and wildlife - whilst currently at the height of the breeding season.

"Moorland fires also tie up vital emergency service resources that could cause a delay in responding to life risk emergencies in other areas of the county, so we really do need people to consider their actions when out enjoying the countryside.”