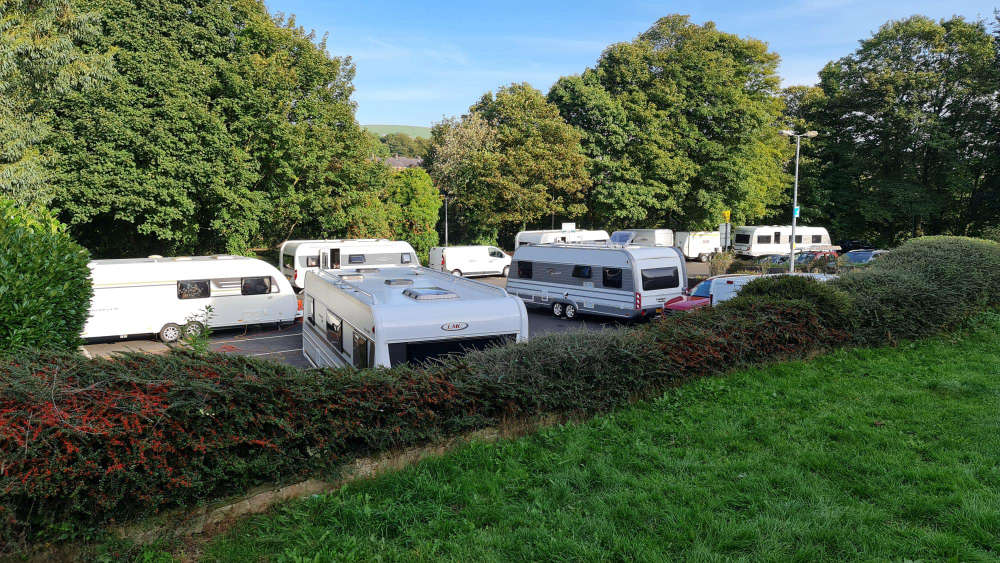 An unauthorised travellers site, on a car park on Bowden Lane Industrial Estate in Chapel-en-le-Frith.

In his latest column, MP Robert Largan discusses the unauthorised travellers sites in the High Peak recently and what's being done in Parliament regarding trespass laws.

Last week, yet another unauthorised Travellers’ site was set up in Chapel-en-le-Frith. This follows similar encampments in New Mills and Hayfield, highlighting the need for a serious debate about trespass laws and the powers police have to deal with this problem.

Lots of local residents and businesses have contacted me about this issue recently. In New Mills, the camp at Torr Top Car Park had blocked access to spaces, including the disabled bays. Local businesses were concerned about the impact of the loss of the car park on their customers and the subsequent drop in footfall to the town.

Acting on their concerns, I contacted Derbyshire Police and High Peak Borough Council (who own the car park) asking them to take urgent enforcement action.

The Travellers then relocated to Sett Valley Trail Car Park in Hayfield. Similarly, I contacted Derbyshire County Council (who own that car park), calling on them to take immediate enforcement proceedings. Shortly afterwards, the Travellers vacated the Hayfield site as well.

Bizarrely, High Peak Labour Party members have been busy attacking me for supporting local residents and businesses who have called for the law to be enforced.

Let me be clear, I believe in the equal treatment of Gypsy, Roma and Traveller communities. But ultimately, that must include being treated equally before the law.

It is worth noting that Derbyshire hosts a number of authorised Travellers’ sites and many more are available in neighbouring Cheshire East.

I highlighted this issue in Parliament, calling for a debate on existing trespass laws and whether the police need more powers to tackle similar cases in the future.

The Police, Crime, Sentencing & Courts Bill, currently working through Parliament, will increase the powers available to the police when dealing with trespassers. Importantly, this won’t impact on the right to roam.

Locally we have a proud tradition of these hard-earned rights, stretching back to the Kinder Trespass. I have discussed this issue with the Ramblers Association and have raised the issue directly with Ministers.

I believe these new measures represent a proportionate and necessary response to a problem faced by communities across the country.

All three sites in New Mills, Hayfield and Chapel-en-le-Frith have now been vacated and the public car parks are available for everyone to use again.