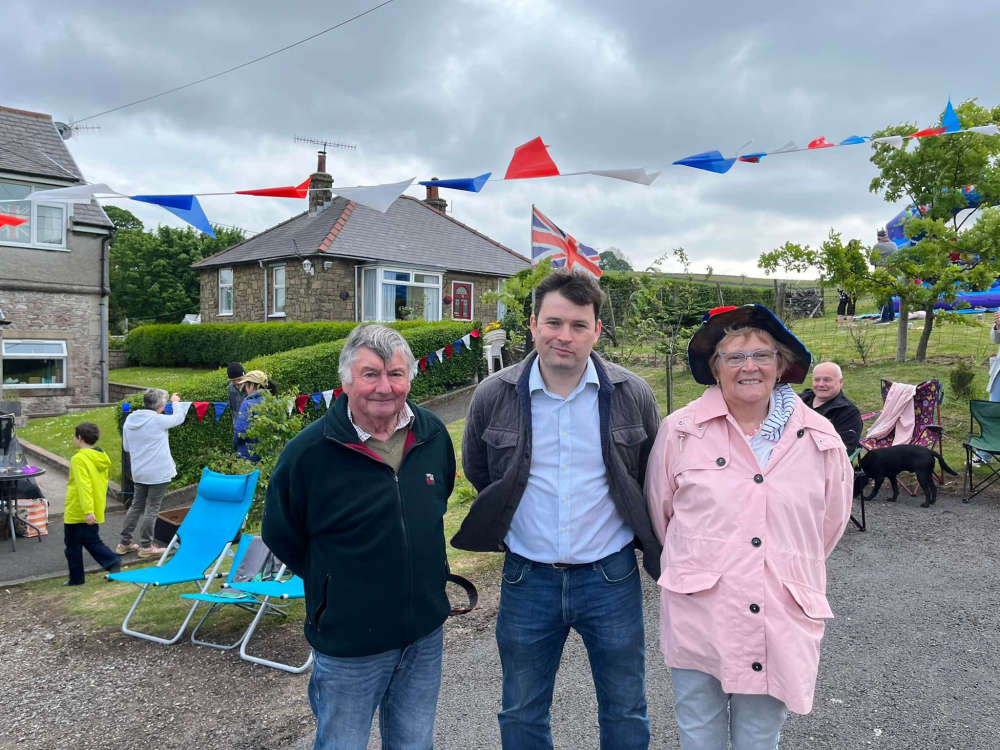 In his latest column, High Peak MP Robert Largan reflects on how the borough - and the country - marked the Queen's remarkable 70-year reign over the Platinum Jubilee weekend.

At the weekend, the whole country came together to celebrate Her Majesty The Queen’s Platinum Jubilee, marking 70 years of remarkable service.

Millions of people across the United Kingdom, the Commonwealth and beyond tuned in enjoy the ceremonies and watch The Queen have tea with Paddington Bear.

Locally, a huge number of people turned out to commemorate Her Majesty The Queen and show their gratitude for her lifetime of service.

I enjoyed a marathon four days of Jubilee events and street parties. I was honoured to kick off the weekend by lighting the Jubilee Beacon in Tintwistle; lead the procession in Whaley Bridge; have afternoon tea and a special Jubilee sing-a-long with residents at The Lodge Nursing Home in Chapel-en-Le-Frith; hand out prizes at the Padfield Chapel Jubilee Quiz; help put together food parcels and ride a rodeo bull at the G52 street party on Gamesley; take the Royal British Legion Assault Course Challenge at Chapel Leisure Centre; attend a special Jubilee Thanksgiving service at St Paul’s Church in Dove Holes; and attend dozens of other street parties across the High Peak.

It was so much fun to chat to so many local people and hear your memories of The Queen and her amazing service.

We all know about The Queen’s work with charities and voluntary organisations. She is the Patron or President of over 600 charities, military associations, professional bodies and public service organisations. Her contribution has been invaluable in supporting and recognising the work of these groups.

But Her Majesty’s service goes far beyond that. The Queen’s first Prime Minister was Sir Winston Churchill, born in 1874. As such, Her Majesty personally represents nearly 150 years of institutional memory.

The Queen is also an iconic figure of unity across the United Kingdom, the Commonwealth and beyond. Despite the earnest claims of a tiny republican minority, no elected politician could succeed in being such a unifying head of state, able to stand above politics and bring people together

To that tiny minority who wish to abolish the monarchy, I would gently point out the country did try that once before, following the civil war. It resulted in Christmas being banned and Catholics being massacred. The nightmare of intolerant Puritan rule was ended by the popular restoration of the Crown.

Following the Glorious Revolution of 1688, Britain’s constitutional monarchy has served us well, with moderation and compromise being the hallmark of our governance, while most of Europe was frequently subjected to violent and bloody revolution, conflict and dictatorship.

We would do well to remember that spirit of moderation and compromise in these divisive times.

May she defend our laws and ever give us cause to sing with heart and voice, God Save The Queen!