Largan column: 'Every year I am struck by the enduring power of Remembrance' 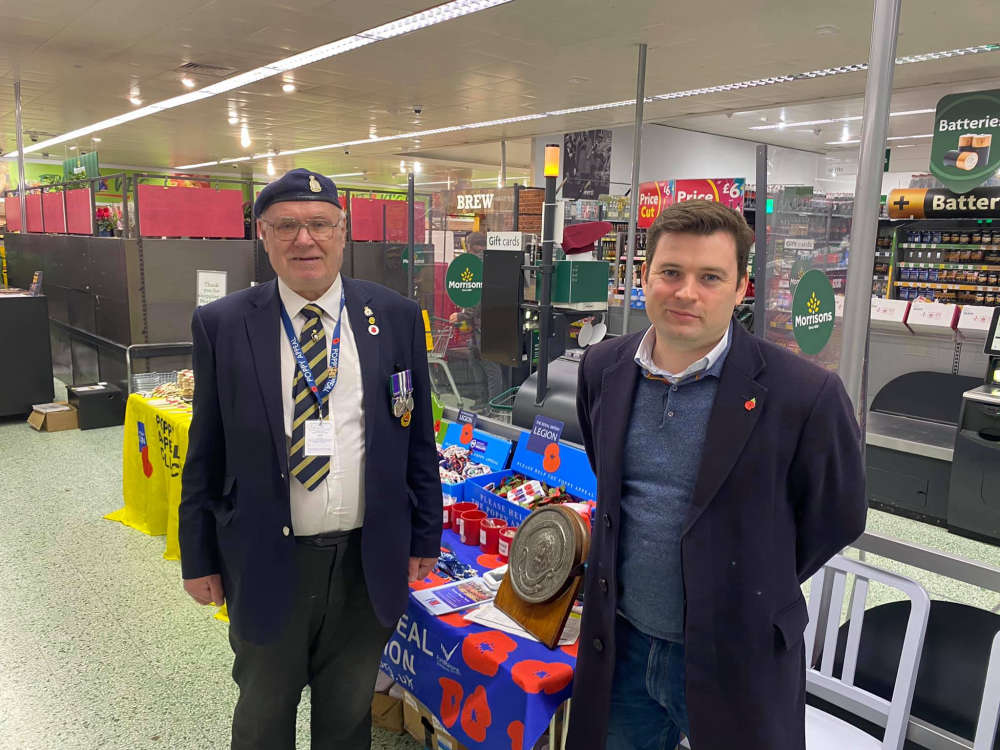 In his latest column, High Peak MP Robert Largan explains how he has honoured one local war hero, who sadly passed away recently, ahead of this week's Remembrance commemorations.

Every year I am struck by the enduring power of Remembrance. This year is particularly poignant, marking 100 years of the Royal British Legion and the nation’s collective Remembrance traditions.

To mark the occasion, the Speaker of the House of Commons has created a new Garden of Remembrance. Here, for the first time, Members of Parliament from all 650 constituencies can come together to participate in a collective act of Remembrance.

After speaking with local branches of the Royal British Legion, on Tuesday I laid a wreath in honour of Derek Eley who sadly passed away this year aged 103.

Born on 18 November 1917, Derek grew up in Chapel-en-le-Frith and left school at the age of 16 to begin work at Ferodo.

In May 1939, with Europe teetering on the brink of war, Derek, together with 40 of his co-workers, volunteered for the Territorial Army.

Four months later, and with just two weeks training under his belt, war was declared.

On his 22nd birthday (18th November 1939), Derek landed in France with the ill-fated British Expeditionary Force. Whilst there, Derek fought to maintain the defensive perimeter during the Battle of Dunkirk, providing cover for the Little Ships who bravely rescued Allied soldiers pinned down on the beaches.

Managing to escape Dunkirk, Derek then went on to serve in Palestine, Egypt, and Italy.

Far from the ‘soft underbelly of Europe’, the Italian campaign witnessed some of the most ferocious fighting of the War. For his ‘gallant and distinguished services’, Derek was awarded the British Empire Medal in July 1945.

Returning home in November that year, Derek was a formidable force locally. A staunch Derby County fan for over 89 years, Derek also helped to found Chapel Football Club and served as President of the Royal British Legion.

The people of Chapel were rightly proud of him, and I am pleased that he got to see Eley Way built in his memory in 2017.

There are so many untold stories and individuals sacrifices that we will never know.

We will remember them.