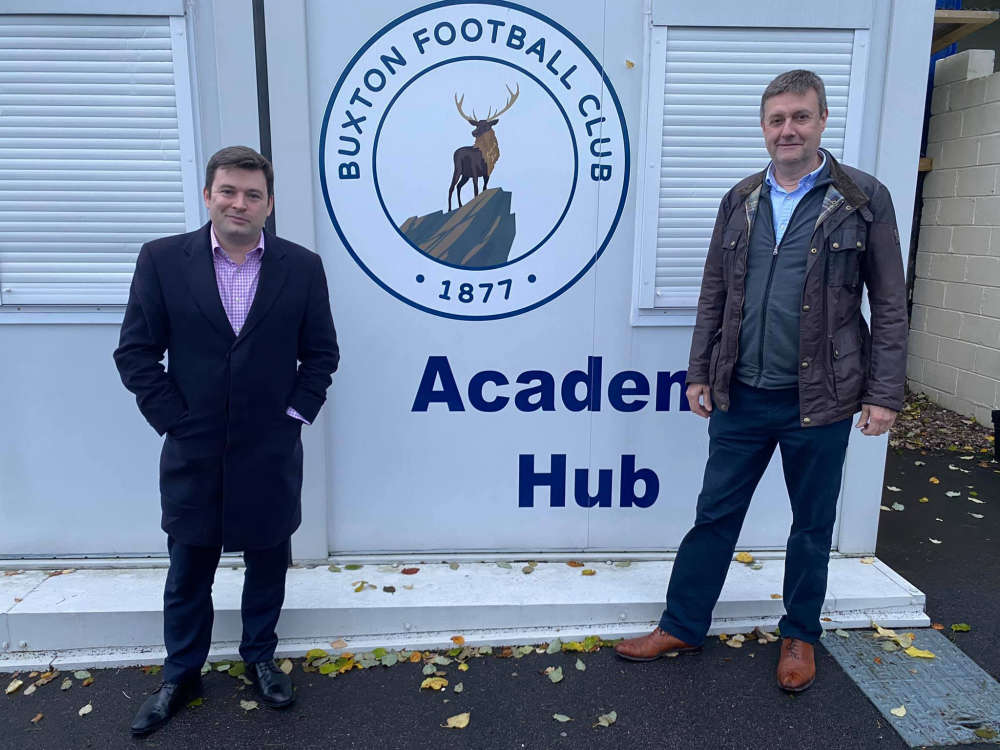 In his latest column, High Peak MP Robert Largan reflects on Buxton FC's journey to the FA Cup second round and discusses what more can be done nationally to improve the matchday experience of football fans.

Last Saturday, Buxton FC faced Morecambe in the FA Cup. It’s the first time Buxton have reached the second round in nearly 60 years. Sadly, the Bucks’ run came to a wet and windy end with the League One side narrowly winning 1-0 (with a goal that looked offside).

The crowd of 3,642 was the largest seen at Silverlands since 1962, with millions watching on TV from home. Buxton’s performance showed they can go toe-to-toe with teams many leagues above them and they did the whole High Peak proud.

Fans are the lifeblood of any club, from the Premier League down to the non-league teams like Buxton, Glossop North End or New Mills FC. That’s why I welcome the publication of Tracey Crouch’s independent fan-led review of football governance, based on hundreds of hours of engagement with fans.

The Government has endorsed the primary recommendation of the review: that football requires a strong, independent regulator to secure the future of our national game. There is also an important recognition that football clubs aren’t like any other business. They are historic community assets that need protection from unscrupulous owners.

But there is more to do to improve the fan experience, especially at the top end of football. Currently, there is a blanket ban on standing at Premier League and Championship games, following a law passed in the wake of the Hillsborough disaster.

We now know a lot more about what really happened on that awful day, following the Hillsborough Independent Panel Report in 2012, which concluded the main cause of the disaster was the failure of police control.

We have all seen the experience in places like Germany, where safe standing schemes are in place, allowing a higher capacity at grounds and significantly cheaper tickets for fans.

The Sports Grounds Safety Authority are launching a safe standing trial, starting in January at a number of top tier grounds, including Old Trafford and the Etihad. This is very welcome. Safe standing is far safer than the current situation where certain sections of the all-seated crowd stand throughout the game, which also blocks for the view of anyone not wishing to stand.

I have been meeting with representatives from local supporters' clubs and it’s clear the pilot scheme doesn’t go far enough. The scheme is a compromise that doesn’t allow for increased capacity and lower ticket prices, which is what fans want to see most.

If we get this right, we can improve safety in football grounds, while reducing ticket prices and allowing more people to enjoy watching live football. I will continue to work with fans and the Government to find ways to increase participation in our national game at all levels.