The 'most successful' New Mills Festival came to an end last weekend, after thousands descended on the town for two weeks of art, culture and entertainment.

More than 100,000 people joined in the fun during the fortnight and one of the highlights was the return of the Lantern Parade, which didn't feature last year.

The adverse weather on Saturday didn't dampen spirits in the evening as folk young and old turned out for the procession, which was the final act of another fabulous festival.

"We have had a busy couple of weeks which has easily been our most successful festival ever culminating in our wonderful lantern parade," said Karen Simpson, from the festival committee.

"We have had arts and crafts, walks, events for those who like literature or music and fun for all the family to enjoy. We had a bumper program of events and so everyone is able to find at least a couple of events to suit them."

As ever, the crowds were wowed by the parade and there was a colourful array of spectacular designs which caught the eye as daylight gave way to darkness, including a Chinook lantern to honour the rescue work carried out at Toddbrook reservoir in Whaley Bridge.

Karen said: “After we didn’t do the procession last year, more people stepped up to help and now we have the right number of volunteers to support such a big event and I would be really happy if the festival next year was as big as this year has been."

Many people from Glossop ventured over the hill to enjoy the parade, including members of Glossop Police's Safer Neighbourhood Team.

Although it poured with rain at times, the people of New Mills and visitors from nearby towns and villages packed the streets to welcome the parade as it passed by.

Those in the parade had been working for weeks to make their magical lanterns and it was quite a sight to see them go bobbing by.

The procession started at The Rock Tavern on Wirksmoor Road before winding its way through crowded streets to a huge street party in Market Street and Union Road. There the lantern bearers were greeted by fire eaters, jugglers, stilt-walkers and other entertainers.

It was a fabulous night thanks to the hard working organisers and people just happy to turn out whatever the weather to enjoy one of New Mills’ highlights of the year.

Here are some more images taken by our photographer Nigel Wood, who went along to the parade. See if you can spot yourself... 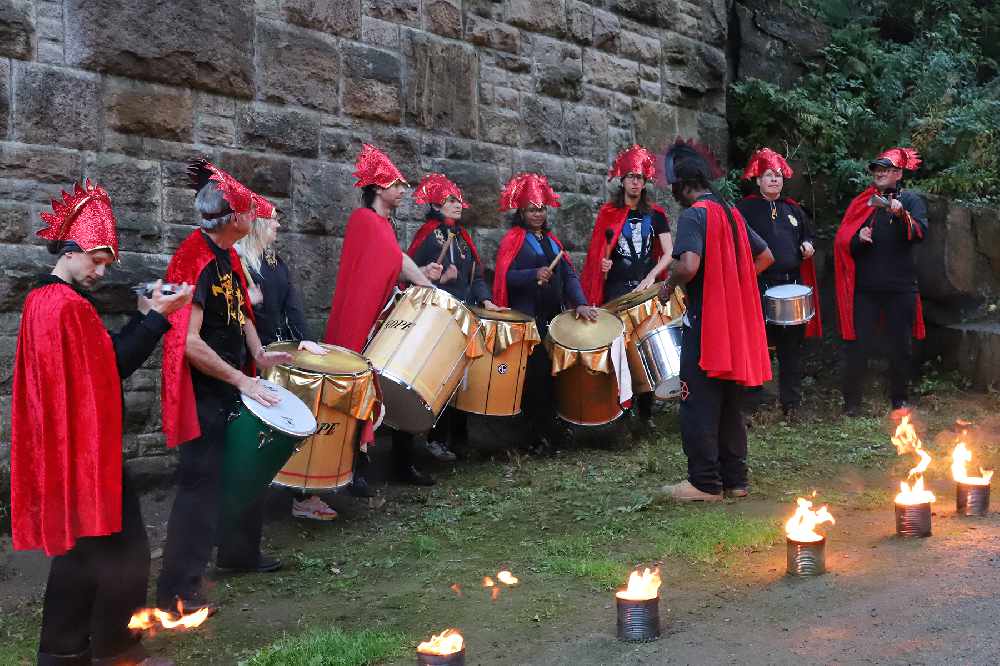 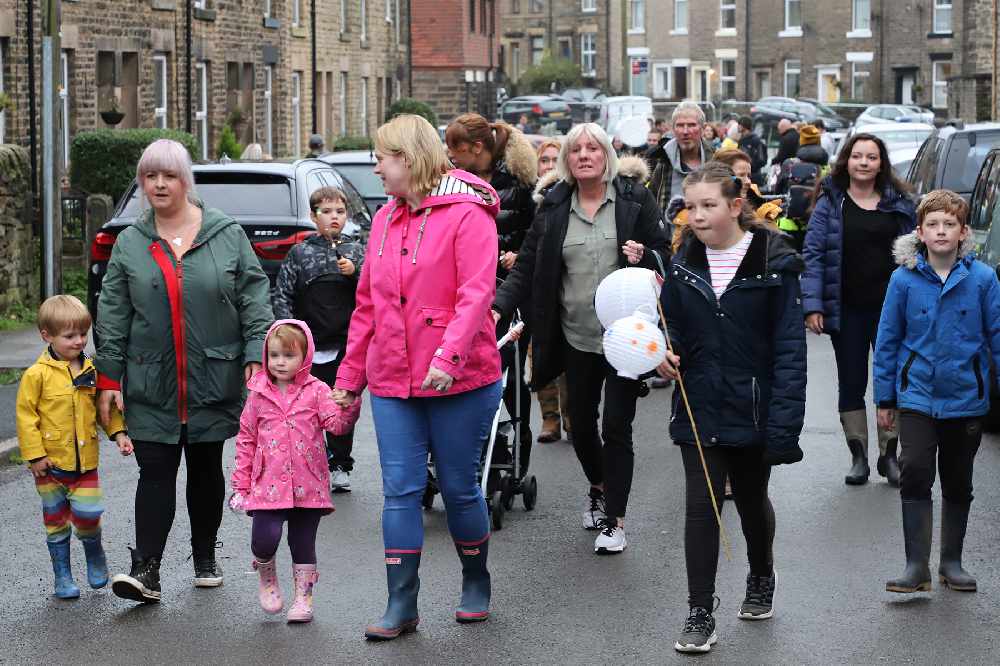 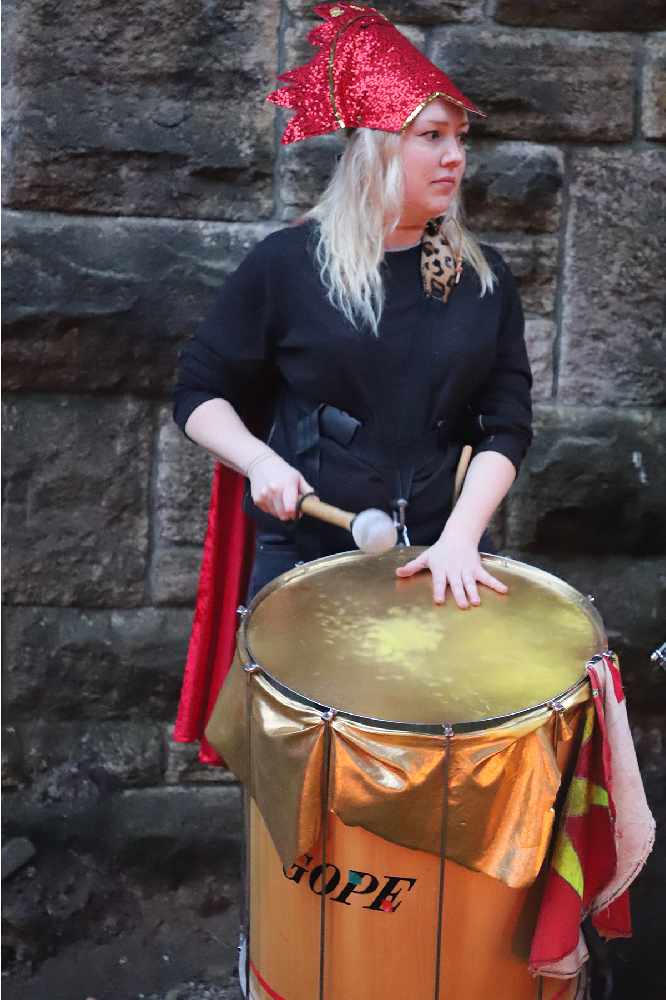 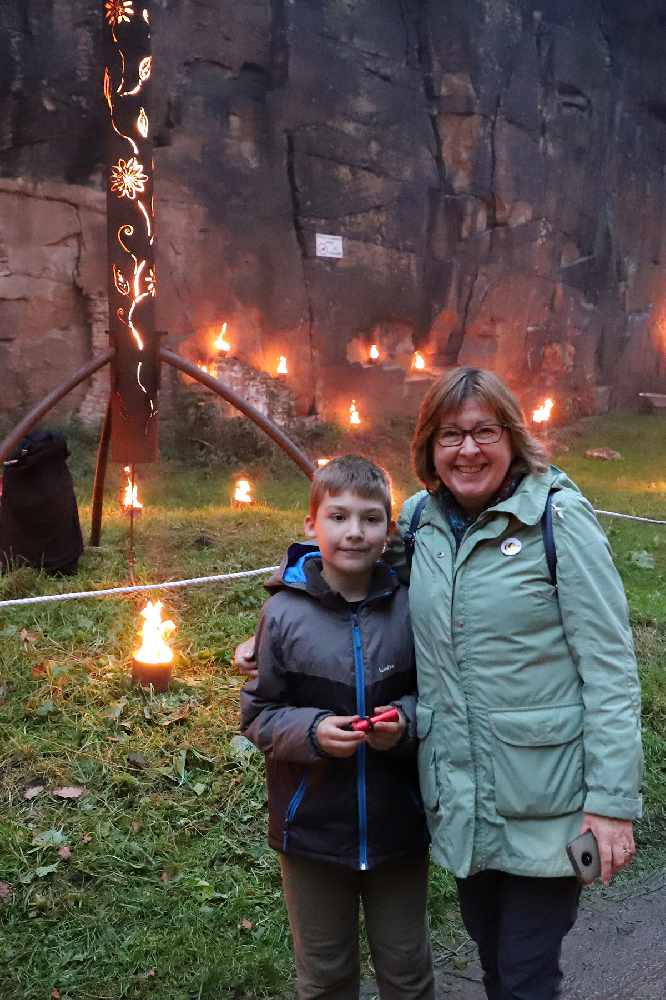 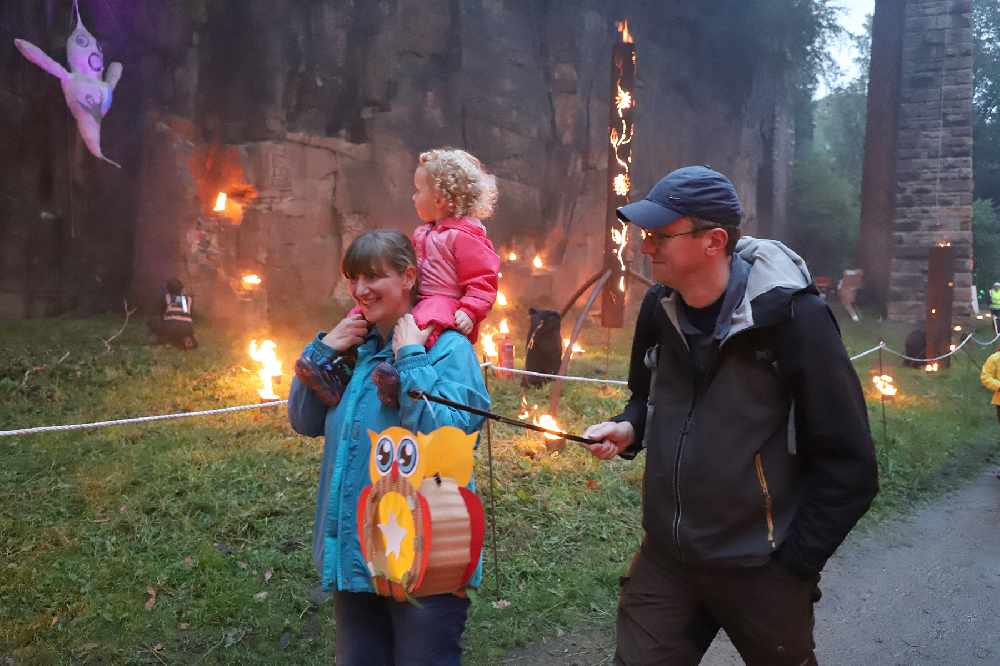 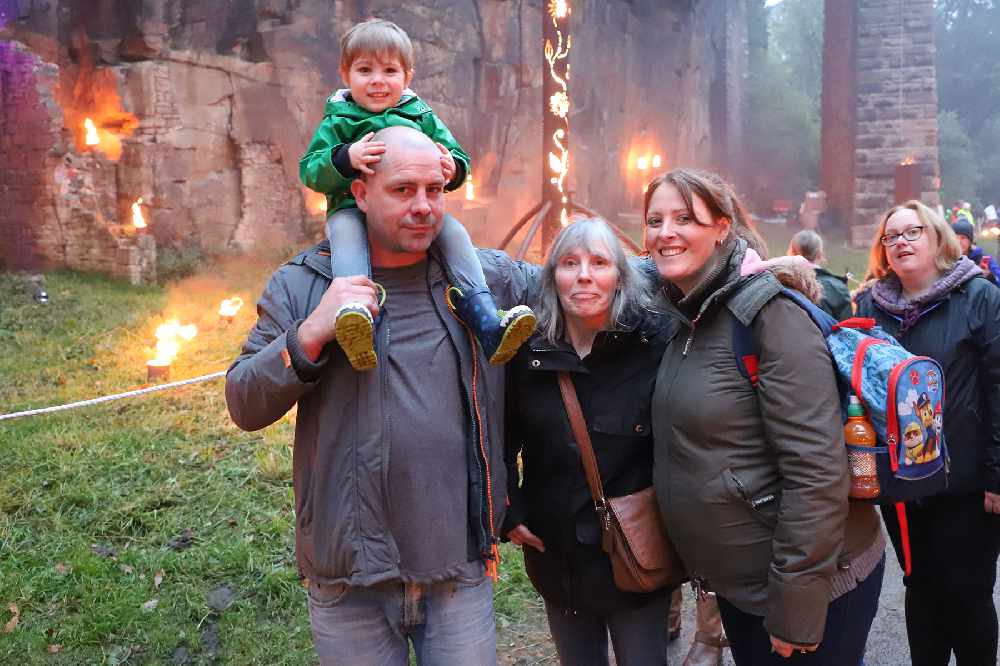 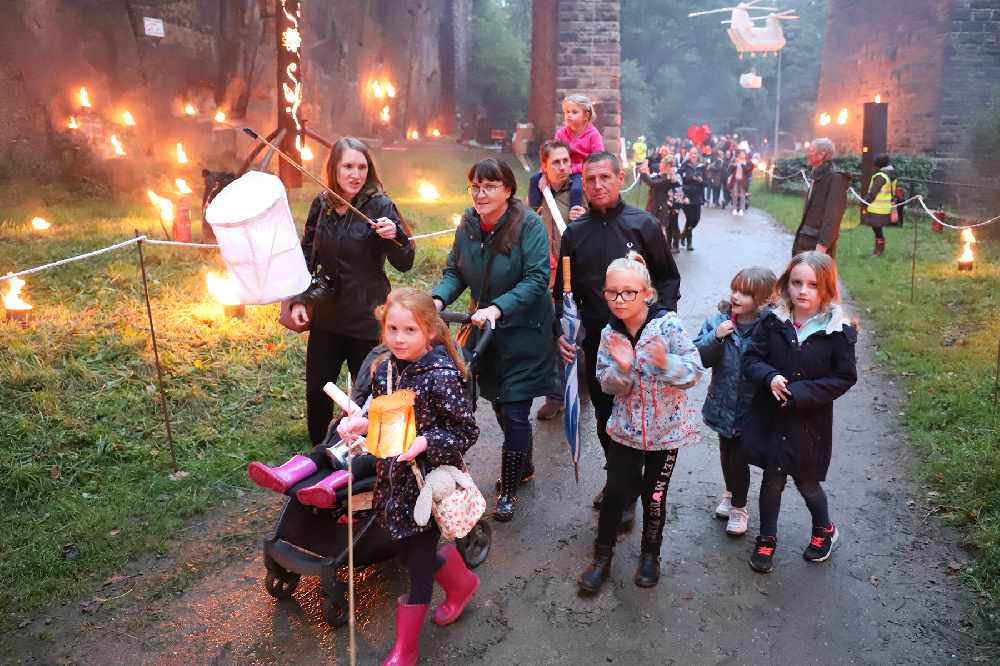 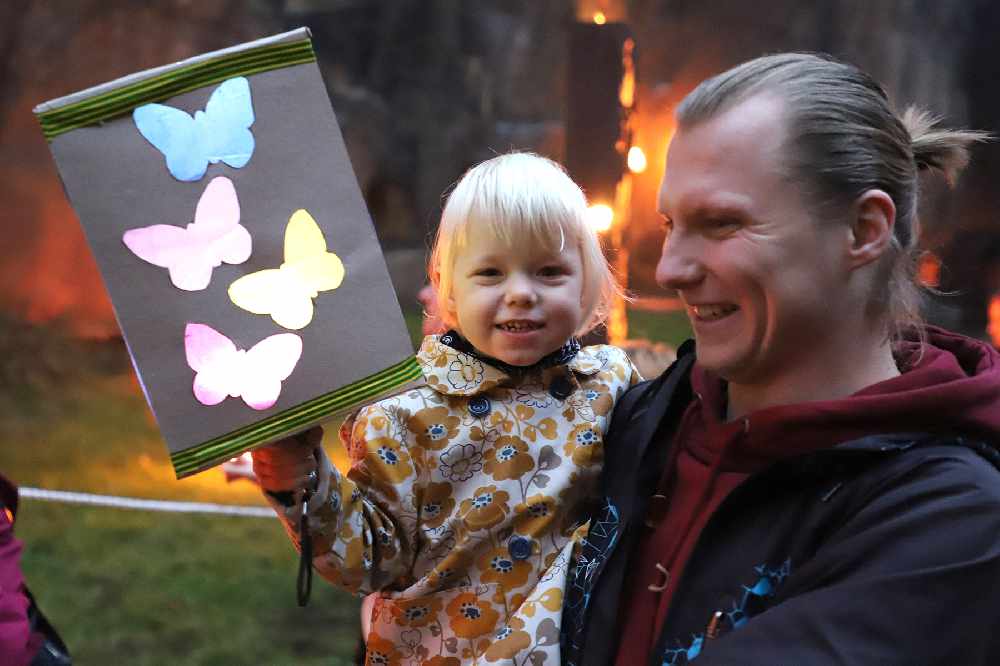 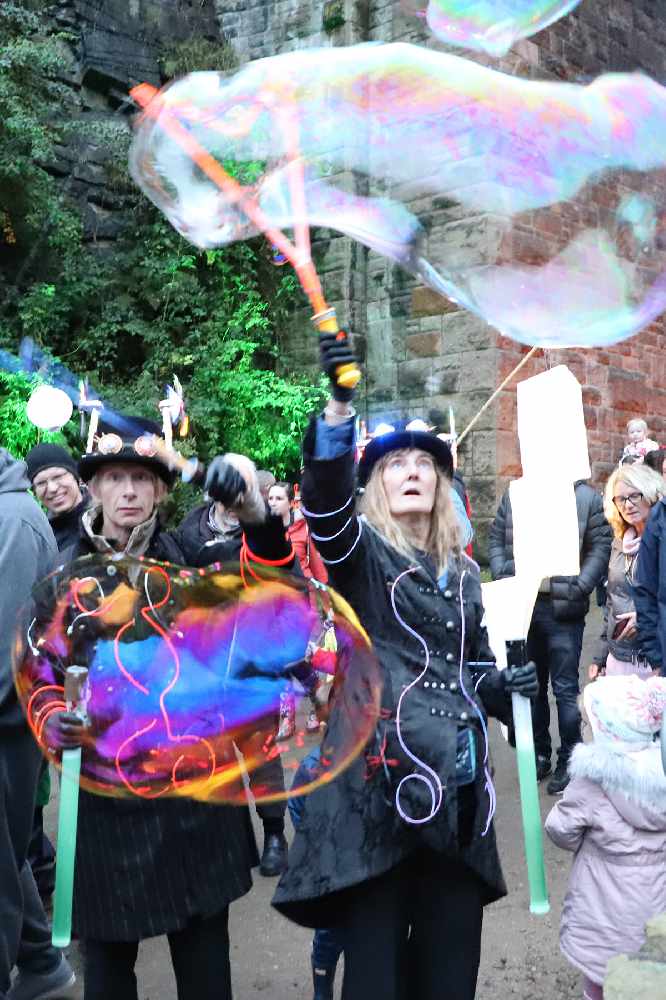 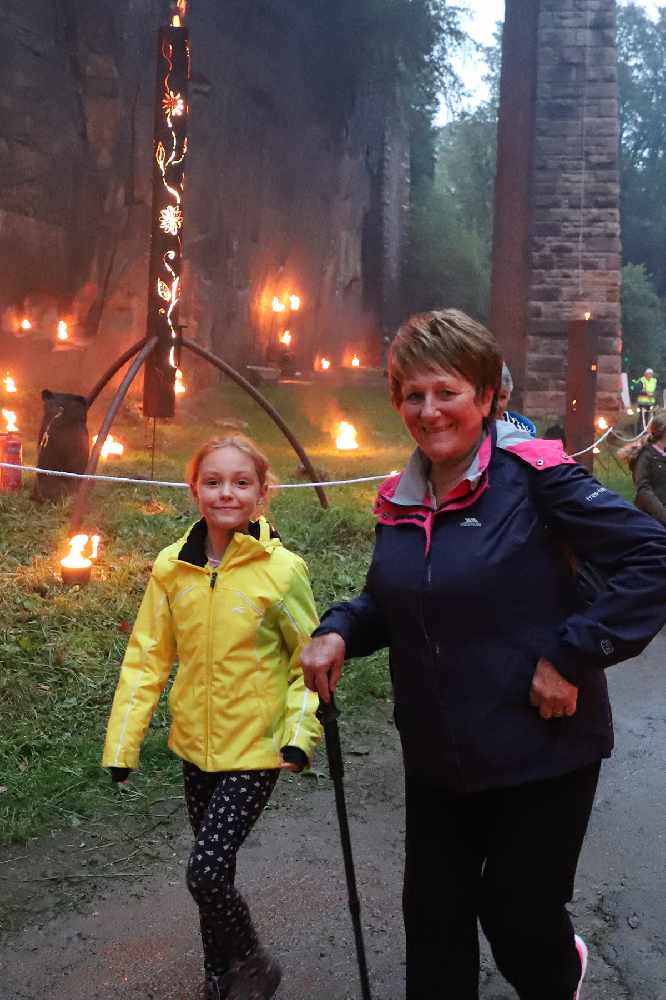 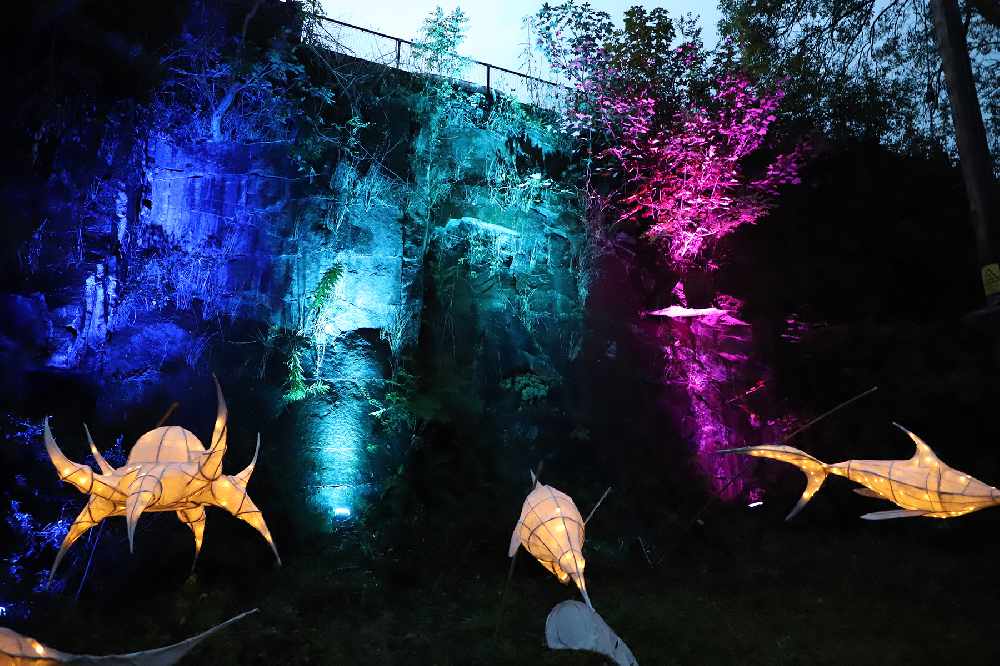 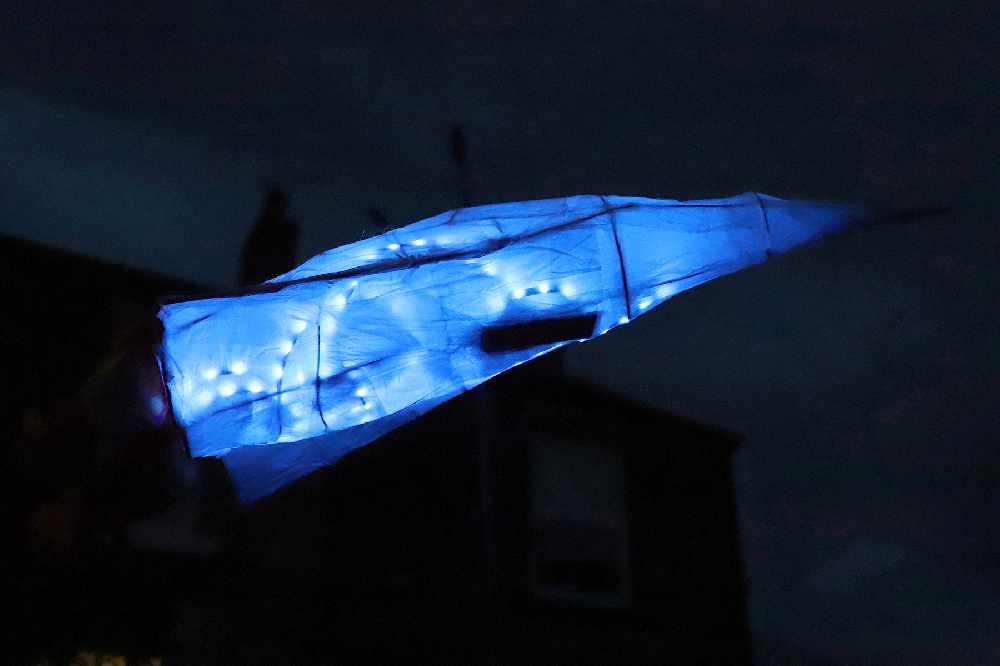 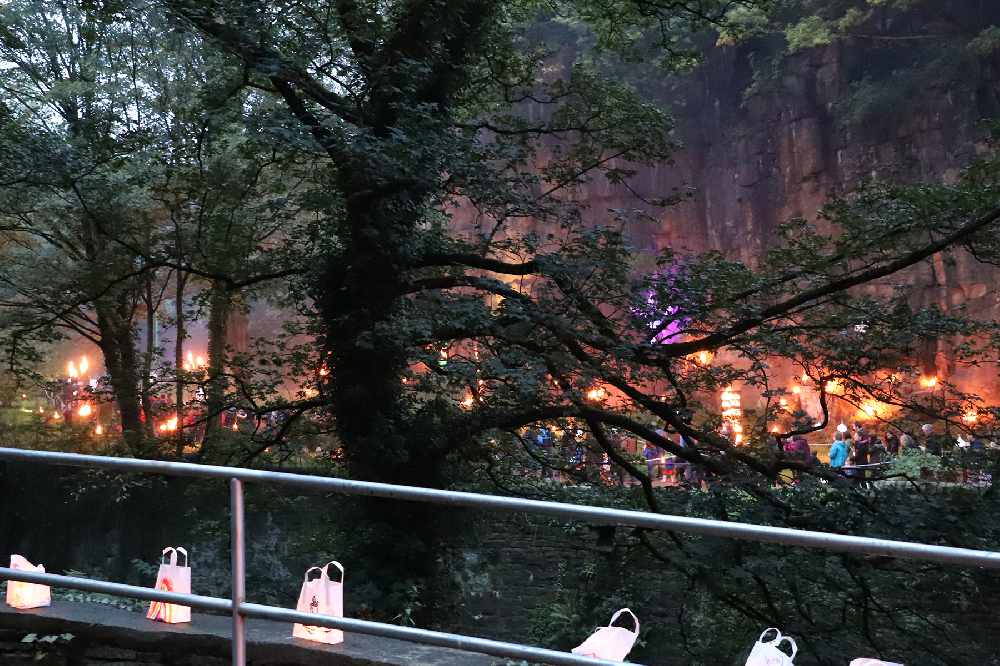