In a league of their own 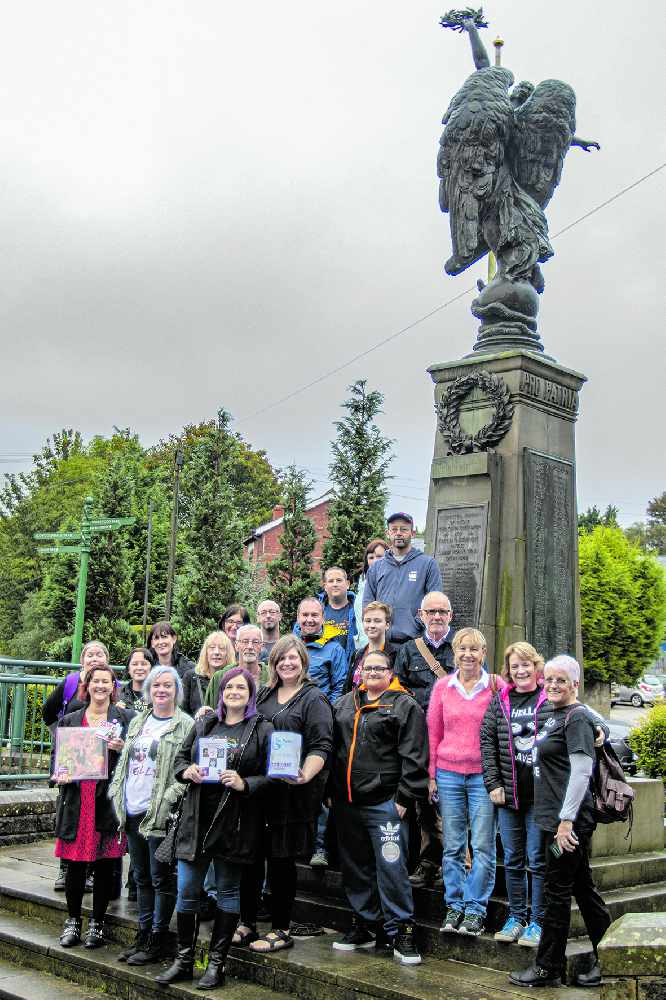 It was back to ‘Royston Vasey’ for a group of League of Gentlemen superfans, who had a grand tour of filming locations while raising cash for charity.

Four friends, who met during last year’s ‘League of Gentleman Live Again’ tour, have been busy turning their passion for the BBC show - which was filmed in Hadfield - into cash.

Chelsea Moss, Alyssa James, Sally Jones, Allison Green and many more are hoping to raise £2,000 from their efforts, which includes raffles of fan art, calendars and puzzle books.

The cash will be split between the four main stars who are each patrons of different charities: LGBT Switchboard for Mark Gatiss, No Panic for Jeremy Dyson, The Phoenix Cinema for Reece Shearsmith and Derian House Children’s Hospice for Steve Pemberton.

Organiser Chelsea Moss said the group raised an impressive £335 from this trip alone, having previously raised £700 from a Facebook push and £500 from their first meet-up.

They also have big plans for next year.

“It all came from watching the Gentlemen on tour and we just wanted to give something back – and it’s really taken off,” said Chelsea.

“We’re going to hopefully organise an event next year in Manchester like a cinema which will screen some episodes from the show.”