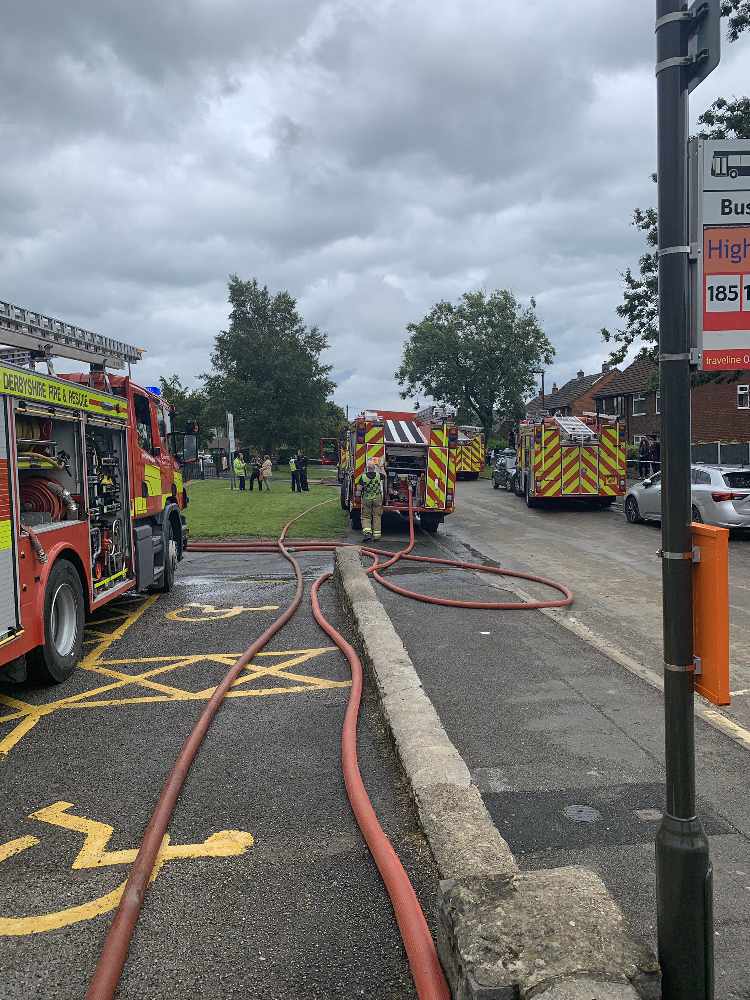 A huge fire has ripped through a popular and well-used community centre in the Fairfield area of Buxton.

Fire crews were first alerted to the inferno at around 3.30pm on Monday afternoon (July 13).

It is thought that the flames have destroyed a large part of the Fairfield Centre on Victoria Park Road.

A spokesperson for Derbyshire Fire and Rescue Service said all persons have been accounted for and crews from throughout the High Peak tackled the blaze, which was brought under control on Monday evening.

They added: "Firefighters are currently dealing with a fire at a building on Victoria Park Road, Buxton. Derbyshire Fire & Rescue Service received a call to attend the fire at 15:30 hours.

"All persons are accounted for. Victoria Park Road, Buxton, remains closed while emergency services deal with the incident. People are asked to avoid the area."

The cause of the fire is thought to be unknown as yet.

Run by Derbyshire County Council, the centre is normally used for a variety of children's services and community activities. It has been described by locals as "a lifeline" for so many people in the Fairfield and wider Buxton area.

High Peak MP Robert Largan, who held help and advice surgeries at the centre before lockdown, described it as "a vital asset for local people".

He commented: "Awful awful news that Fairfield Centre appears to have been almost completely destroyed by the fire. I know the centre meant so much to so many people locally. We must rebuild it, even better than before. I’ll work with anyone and everyone to get this done and get Fairfield a community centre once again."

Several fire engines at the scene as firefighters quickly responded to tackle the blaze. Image: Derbyshire Fire and Rescue Service.