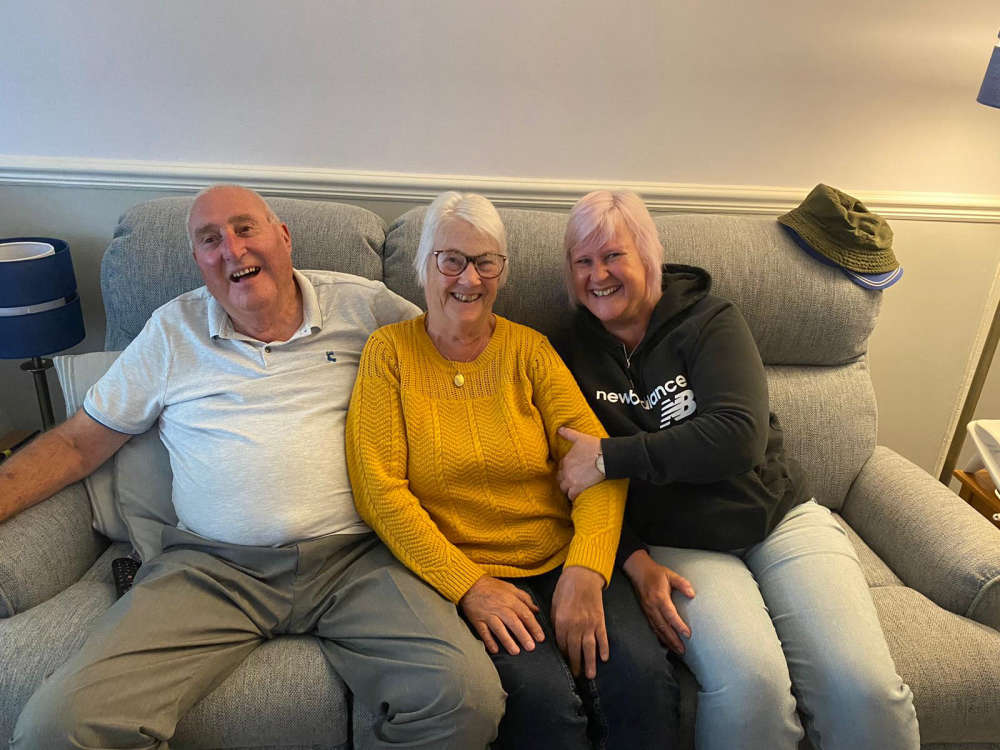 HAPPY: Nevile and Kathleen Sharp with their daughter Samantha Wright.

A Hadfield couple are to finally have a much-needed wet room installed at their home after months of wrangling and four installation dates were cancelled.

Nevile Sharp, 82, and his wife Kathleen, 79, have been waiting for High Peak Borough Council to deliver on the promised changes.

Their daughter Samantha Wright had feared it was never going to happen and contacted the Chronicle when she was at her wits end.

She told us: “They have been unable to bathe properly for the past two years and have been struggling in the bathroom, unable to get in or out of the bath.”

Acting on her parents’ behalf, she had contacted the council to try and get the matter resolved.

“I called several times and had been given four dates of when the work should be started, and it never did,” Samantha said.

Various reasons were given to her for the delays, including a long waiting list, then a lack of funding and then Covid was given as a reason for the delay in the changes being made.

But now the council has confirmed to the Chronicle that the work will take place very soon to the home on Merseybank Road.

Samantha said: “My parents are over the moon and excited at the thought of having a proper wash - without them worrying what if I can’t get up or have a slip, not having to struggle.

“It will give them that bit of independence back and dignity being able to wash alone.

“They said to thank you from the bottom of their heart.”

Cllr Fiona Sloman, Executive Councillor for Housing at High Peak Borough Council, said: “I am pleased to confirm that the council’s contractor will be starting the wet room work at Mr and Mrs Sharp’s home next week.

“We received their request for the wet room just a month before the country went into the first Covid lockdown in March last year and the restrictions put in place both then and in the months since have unfortunately, but inevitably, caused delays.

“These restrictions meant we were no longer able to access many homes due to most of the tenants requiring adaptations being in a vulnerable situation.

“Once lockdown rules eased, we had a backlog of installs to work through, along with many new requests, which we are currently working to clear.

“As you can imagine, losing nearly a whole year because of the Covid lockdown rules has had a massive effect on the number of adaptations we have been able to install and we’re working with our contractors now to reduce times for installs,” Cllr Sloman added.