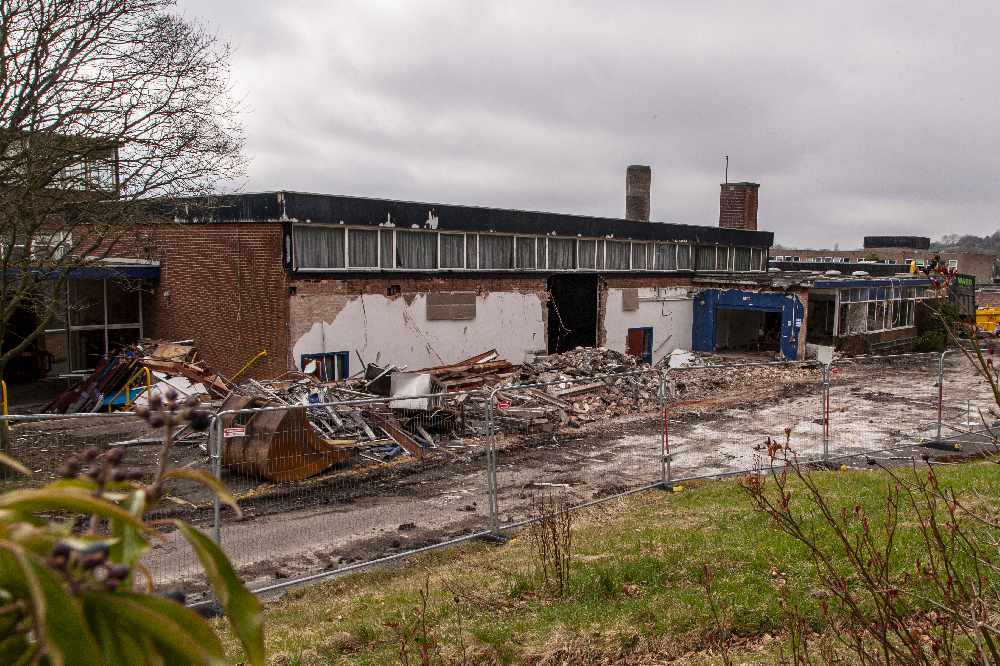 A precious terracotta mural has been saved from the former Glossopdale Community College on Talbot Road.

Total Reclaims Demolition Ltd moved onto the site 10 days ago to begin the 14 week job of knocking the buildings down and clearing the land.

But as news of the clearance spread, former students called the Chronicle worried about the fate of the mural which had been in the school entrance since it opened 60 years ago.

However there was no need to worry. Local historian Mike Brown, realising the mural might be at risk, alerted Cllr Jean Wharmby and Derbyshire County Council.

Mike, whose home borders the school, said: “DCC say it will be saved, but we are not sure where it will go.” 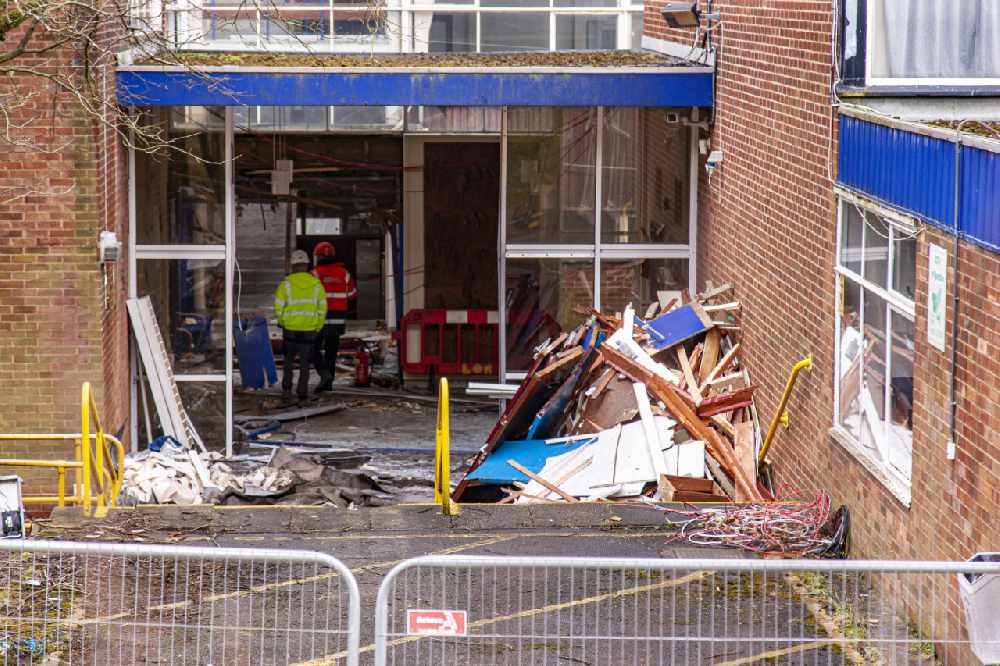 Some of the smaller buildings are beginning to come down, but the major demolition involving heavy machinery is expected to begin early next week.

The entire site will be cleared, including the newer building at the North Road end of the complex that was added much later.

Wendy Beesley, who taught at the school for 22 years, was sorry to see the old school go. But she is pleased with conservation measures that have been put into place.

She said: “Trees are being saved and protected which is great as pupils over the years were involved in planting many of them.”

Other ecological measures have included putting bat boxes put up around the buildings and in the trees months before the demolition crews moved in.

Bird life was also monitored and there was a delay while a nesting pigeon looked after her brood until they had fledged and flown away.

Glossop Grammar School had moved into the newly-built school in September 1959 from its cramped home in Talbot Street. 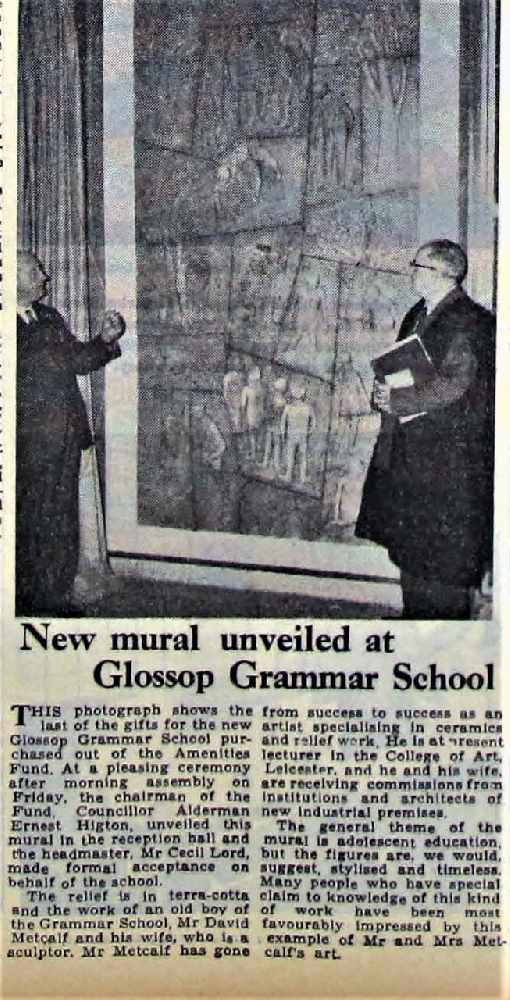 Nine months later headmaster Cecil Lord accepted the mural, which was bought with cash from the school’s amenity fund.

It was created by former student, artist David Metcalf and his wife who was a sculptor. 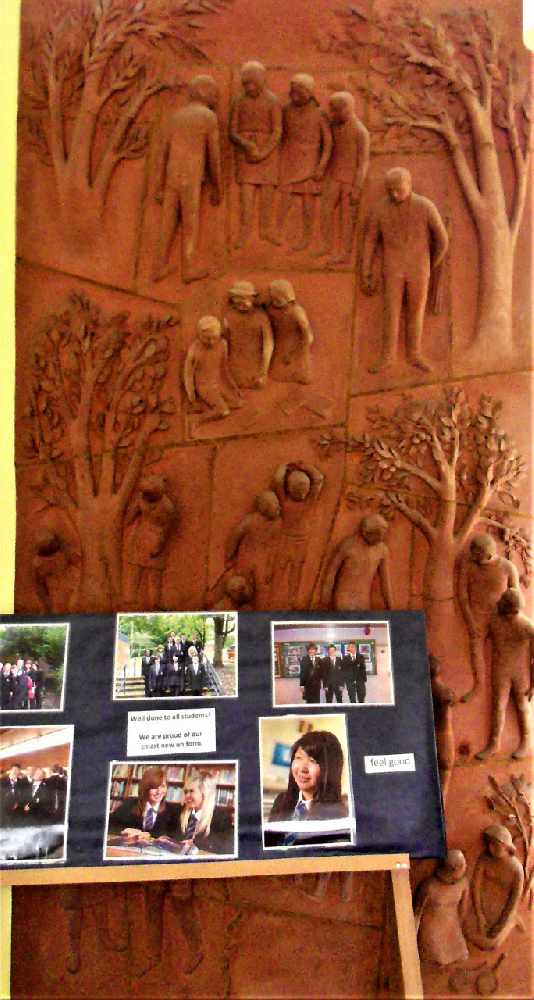 COMING DOWN: The start of the end. A shot taken on Thursday morning as part of the front structure comes down.