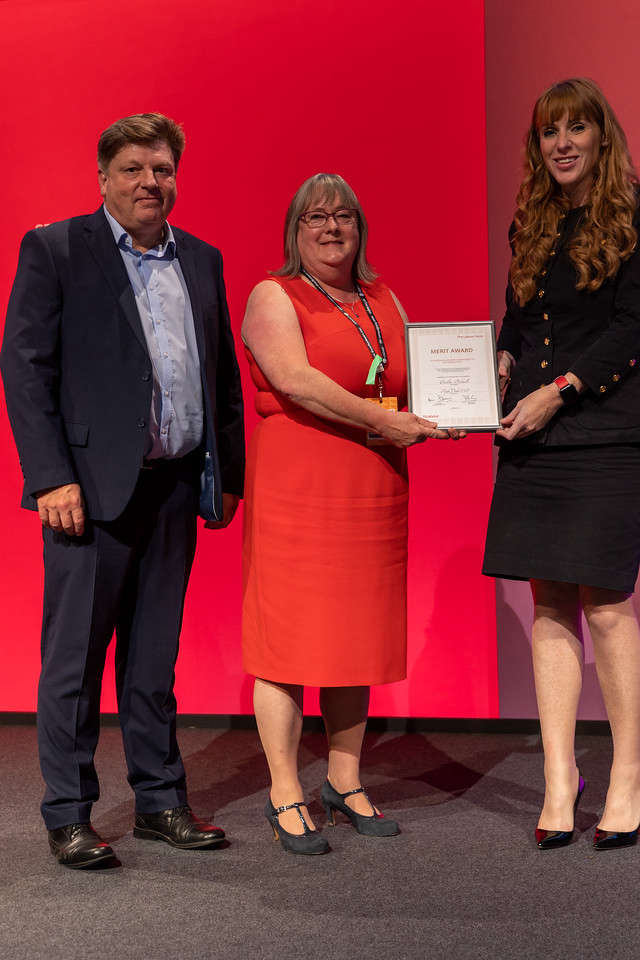 A High Peak woman has been honoured with a national Merit Award by the Labour Party at its annual conference in Brighton.

Announcing the award, Labour Party Chair Dame Margaret Beckett MP said the award was in recognition of Caitlin’s commitment to the Labour Party, over three decades in High Peak and Buxton.

Caitlin said: “After so many years campaigning for and representing the Labour Party, to receive this award at conference and to hear the applause all around the packed hall was very special - I still can’t quite believe it! It’s something I will cherish forever.”

During her time in High Peak, Caitlin held various posts in the local party, as well as serving as a councillor on both High Peak Borough and Derbyshire County councils.

She was the first female leader of High Peak Borough Council.

She also played a leading role in the Association of Labour Councils and the Local Government Association’s Labour Group, working across the political divide to deliver training and mentoring to other councils and councillors.

Nominating Caitlin for the award, High Peak CLP Vice Chair Martin Willey said: “Caitlin has played a prominent role in the community and been a very public face of the Labour Party as a force for good in society.

“Her reputation has been further enhanced by the major role she has played in Buxton in alleviating hardship amongst those most affected by the coronavirus epidemic.”