Supporters of High Peak Stand Up to Racism came out on to Glossop high street on Saturday (3 April) as part of a nationwide protest against the Police, Crime, Sentencing and Courts Bill.

They were also demonstrating against the recently published Race Commission report - commissioned by the government - which found that the UK "no longer" had a system rigged against minorities but the report's findings have been widely criticised.

"This was a shocking conclusion," said the group's secretary Linda Walker. 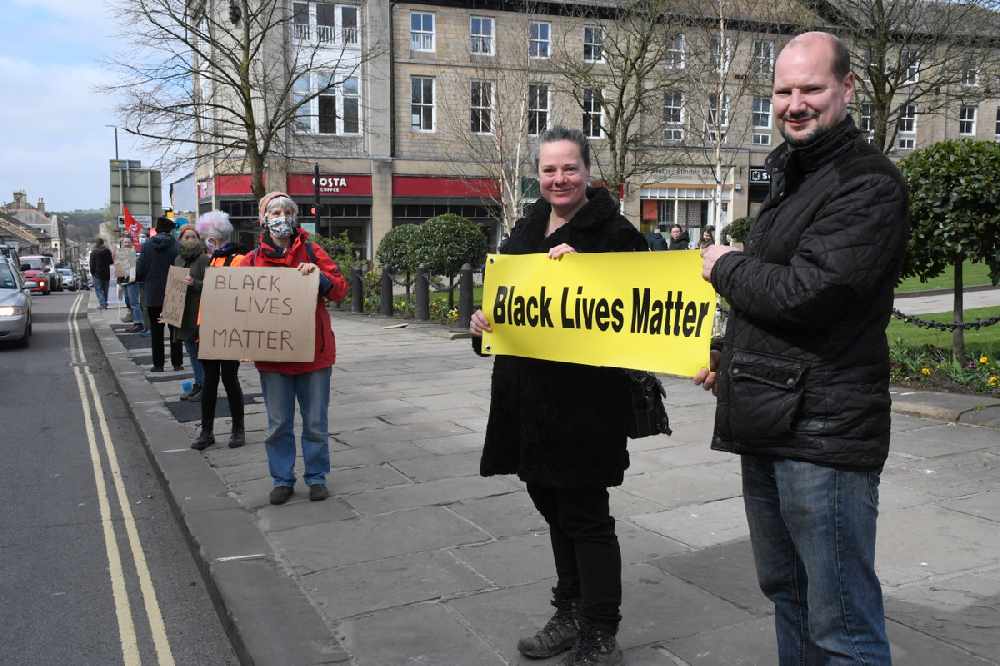 "Lady Doreen Lawrence, Windrush Campaigners, academics falsely named as contributors to the report, historian David Olusogu, all have expressed their dismay at a report which seems designed to set back the fight against racism.

The peaceful and socially distanced protest lasted around half an hour.

Protests are now permitted but are still subject to the previous Covid-secure precautions - namely that organisers need to submit risk assessments and ensure there is appropriate social distancing. 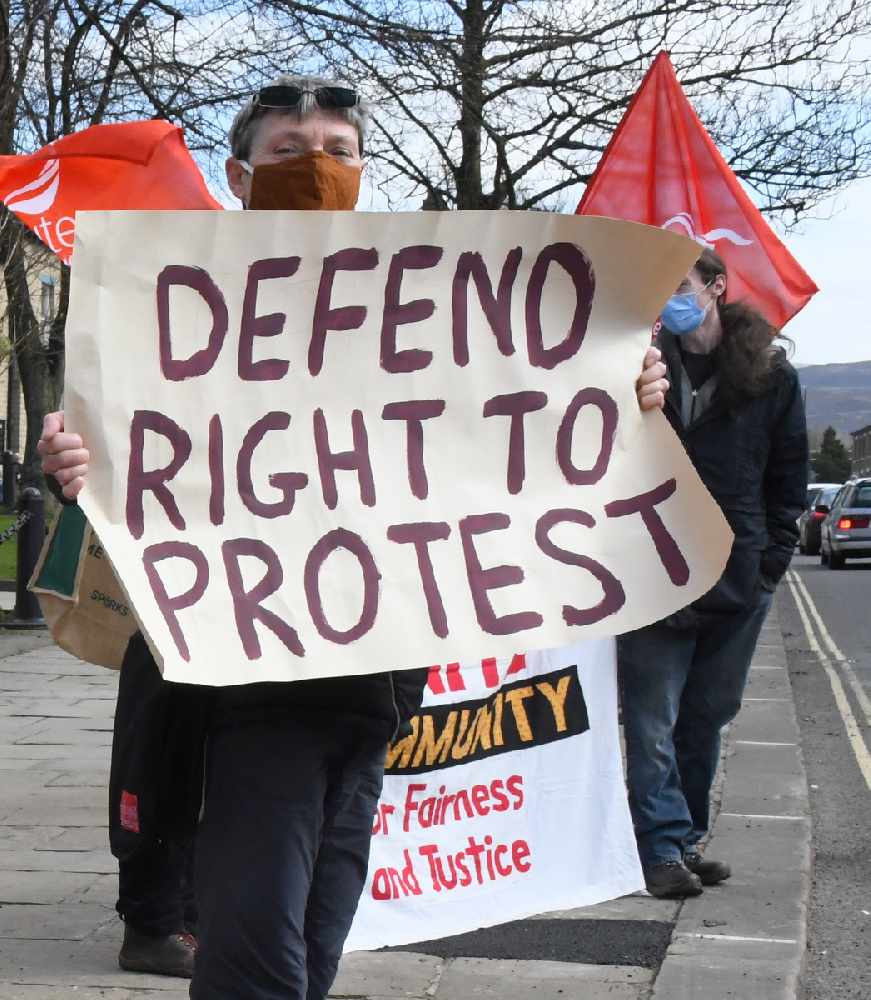 High Peak Stand Up to Racism says it welcomes support from anyone who wants to see a fairer society with equal access to education, healthcare, jobs and justice for all.

Anyone who would like to know more about the group can contact them at highpeakstanduptoracism@gmail.com or find them by searching High Peak Stand Up to Racism on Facebook.