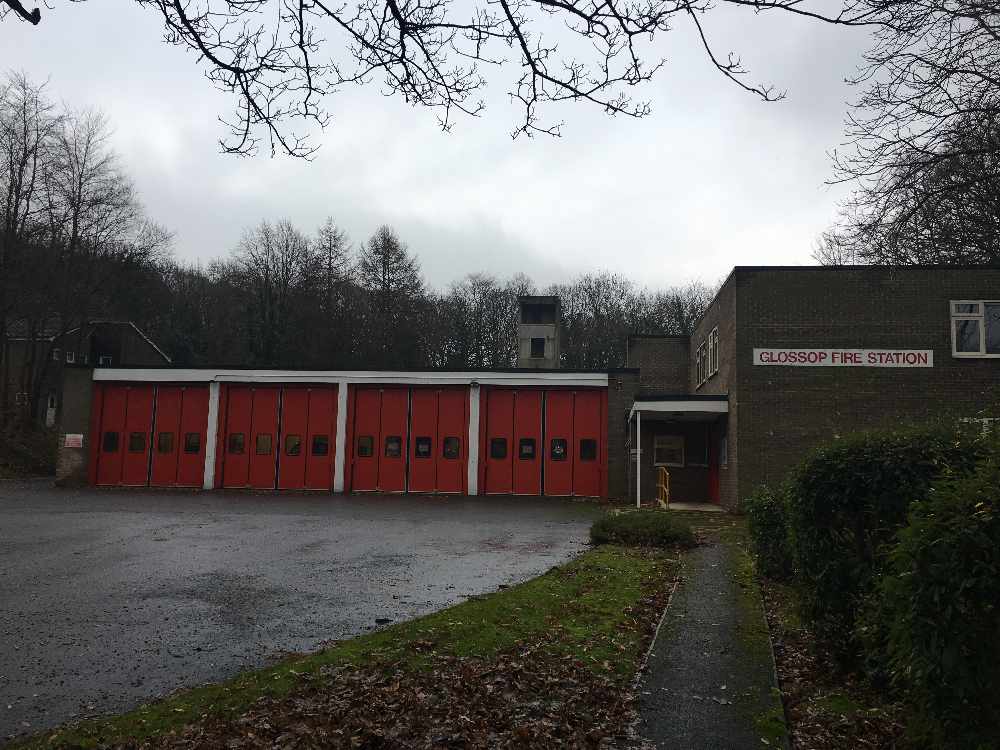 Three new fire stations are set to be built in Derbyshire, at a cost of nearly £9 million.

Derbyshire Fire and Rescue Service says the three new stations would replace three existing buildings, all of which were built around 50 years ago and no longer fit for purpose.

All three buildings, in Glossop, Matlock and New Mills, would be demolished to make way for the new stations, which would be up to modern standards and cheaper to run.

During construction of the new buildings, temporary accommodation would be provided on the respective sites, to house the vehicles and staff.

The replacements are expected to be completed by the financial year 2024 to 2025.

Speaking after it was approved at a meeting of the Derbyshire Fire and Rescue Authority on Thursday (11 February), Chair of the Fire Authority, Councillor Kevin Buttery, said: “The combined age of the existing fire stations at Glossop, Matlock and New Mills is over 162 years, so it’s easy to understand why these buildings may not fit with the operational requirements of today’s modern fire and rescue service.

“Members have today approved that all three stations will be rebuilt on their existing sites, and that the stations will be built with a design life of 60 years and will conform to the latest energy efficiency standards. They will all have better on-site training facilities which will not only support firefighters responding to emergencies, but also support local recruitment processes.

"In addition to these benefits each of the new-builds will also have the potential to release capital from the sale of surrounding land and in the case of Glossop and Matlock, the sale of housing stock.”

The new-builds will be made possible, alongside other spending, with a council tax precept increase of 1.98 per cent. It means the average Band D taxpayer in Derbyshire will pay an additional £1.54 annually to the fire service.

The fire service is the smallest part of the annual tax bill for most people, with larger proportions being taken up by the police, district and borough councils (outside of Derby), county council, along with the city council in Derby.

"But with projected financial deficits, investment required in fire stations, the financial uncertainty faced due to Covid-19 and ongoing national discussions regarding firefighter pensions, we need to be able to face this financial uncertainty with the confidence that we can continue to invest in new equipment, training and infrastructure to ensure we can deliver our statutory duties and provide our communities with a first class fire and rescue service.

“Any increase in personal costs, no matter how small, has an impact on all our communities, especially at a time of great uncertainty and I know Members gave this the thorough consideration it required before agreeing to the increase.”

The planned new station in Chesterfield Road, Matlock, would see the current building, built in 1959, demolished.

Its replacement will cost £3.2 million, or £3.7 million if the police choose to vacate their premises in Bank Road to share with the fire service. The police would fund the extra fees.

A new smoke training building could be built as part of the rebuild.

Six fire houses on the site have already been sold off for £1 million, with the plan now to sell the remaining two as part of the rebuild process to gain a potential £360,000.

The Glossop site in Whitfield Park, built in 1972, is at the end of its operational and functional life and has a lot of ineffectual space.

It too would be demolished with temporary accommodation built on site during construction.

Six fire houses on the site have already been sold off for £1 million.

The plan is to potentially sell off the remaining six fire houses on the site, along with a large expanse of land for prospective development – for a total of £1.7 million.

A Derbyshire Fire and Rescue Service spokesperson said: "Following the approval by FRA members at the FRA meeting last week, options for temporary accommodation are now being finalised. Temporary accommodation is being considered on site and in the case of Glossop, consideration of the use of existing buildings on the site."

In New Mills, a site built in 1967, fire service leadership are considering two rebuild options, one on the same footprint as the current Low Leighton Road facility (£2.5 million), with the second choice to rebuild on the part of the site home to the fire tower and outbuildings (£2.4 million).

The new exit and entrance for fire service vehicles would be onto Pingot Road, a residential street.

Early conversations with planning officers in the area say the Pingot Road option would be less likely to succeed due to the expected objections from residents on the grounds of noise, nuisance and effect on the street scene.

The option which would see the new station built with an exit onto Pingot Road would allow part of the site to be sold off for the development of four townhouses for £150,000.

The New Mills site is said to have a “significant” repair backlog of £400,000 and is “extremely energy inefficient”.

Further spending in the coming year would include £810,000 for three appliances, which can include pump and water-ladder units; £105,000 for seven appliances which are currently leased; and £545,000 for 25 fire officer cars.

Glossop Fire Station at Whitfield Park - one of the stations which would be demolished.