Flags have been raised in Glossop and Buxton to mark the start of the High Peak's commemorations for Armed Forces Day, which is on Saturday (26 June).

Armed Forces Day is a chance to show support for the men and women who make up the Armed Forces community, from troops currently serving to service families, veterans and cadets.

The Armed Forces Day flag was raised on buildings and landmarks across the country on Monday (21 June) - including on Norfolk Square in Glossop town centre, where a short ceremony was held at 11.55am.

Local residents were invited to attend as the Mayor of the High Peak, Old Glossop councillor Paul Hardy, raised the flag alongside his wife and Mayoress Mary Hardy - as he did at a similar ceremony in Buxton earlier in the day. 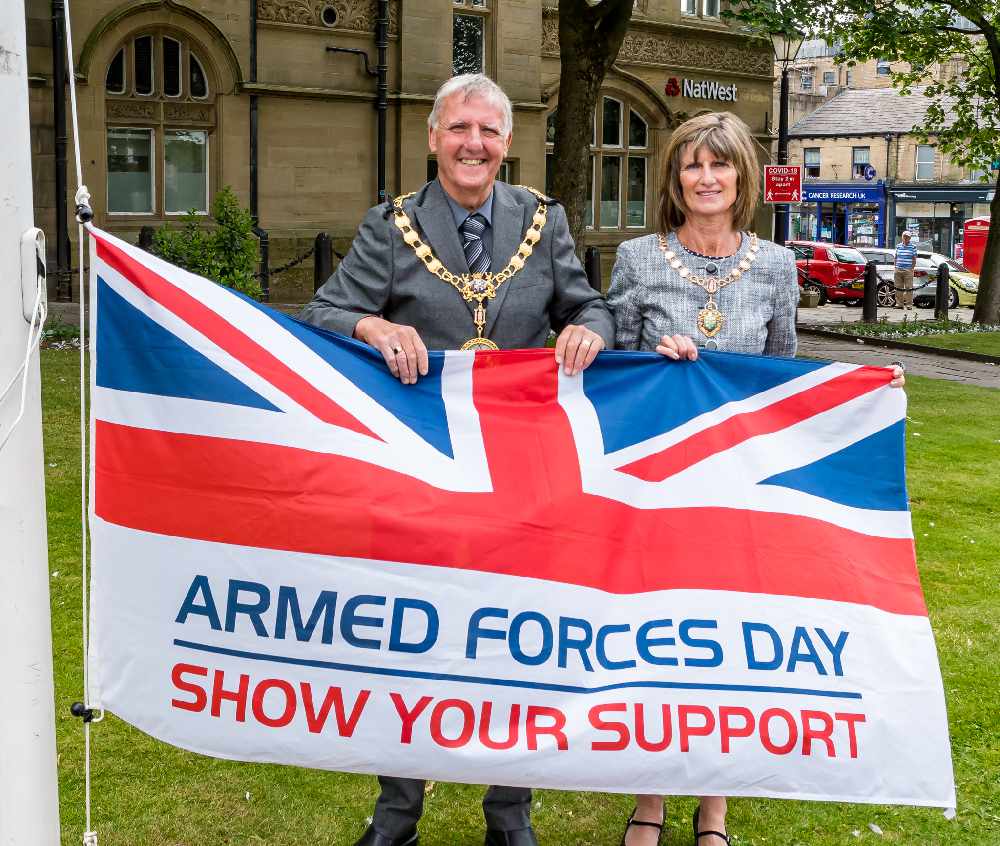 Mayor Paul Hardy and his wife and Mayoress Mary Hardy with the Armed Forces Day flag.

The flag will remain flying for the rest of the week, as a small way of paying tribute to the sacrifices made by our Armed Forces and their families.

MP Robert Largan said: "Good to join Paul Hardy, Mayor of High Peak, Jean Wharmby and others to raise a flag for Armed Forces Day in Norfolk Square in Glossop. A flag was also raised in Buxton.

"I’m glad High Peak is one of the Councils that marks the day with a proper flag raising ceremony. Our armed forces and our veterans have given so much to this country. I’m proud to stand up for them in Parliament." 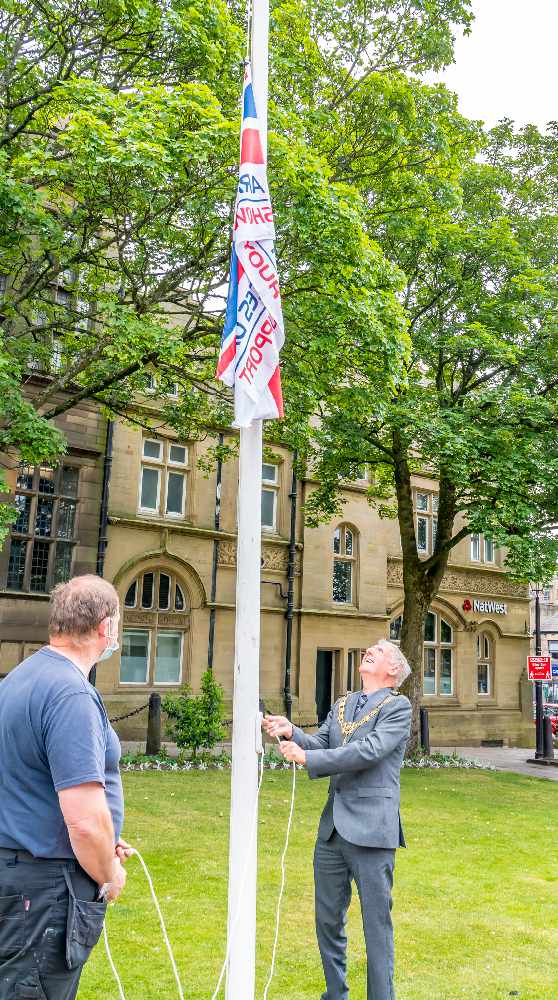 Borough council leader Cllr Mckeown commented: "It's been great to gather together in person once again to show our support to our Armed Forces and their families during these difficult times.

"The past year has brought the contribution of our forces into sharper focus than ever before. Our service men and women, including many from reserve units, have played a vital role in the fight against coronavirus in addition to their usual work. 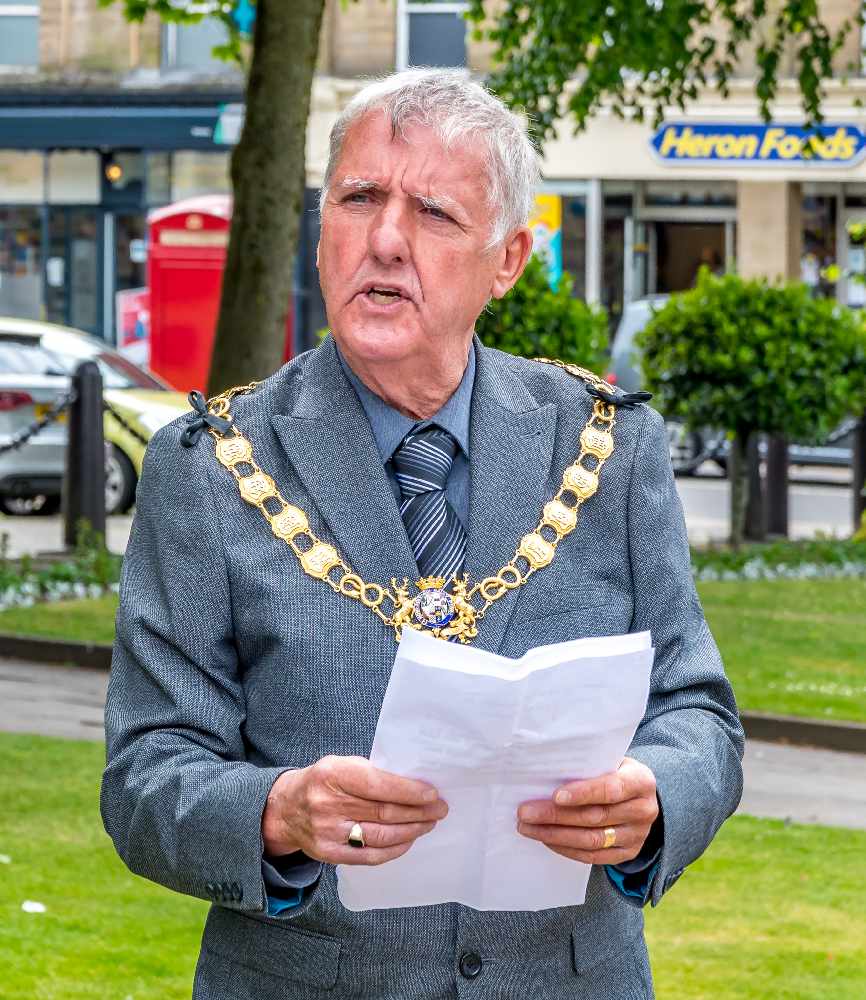