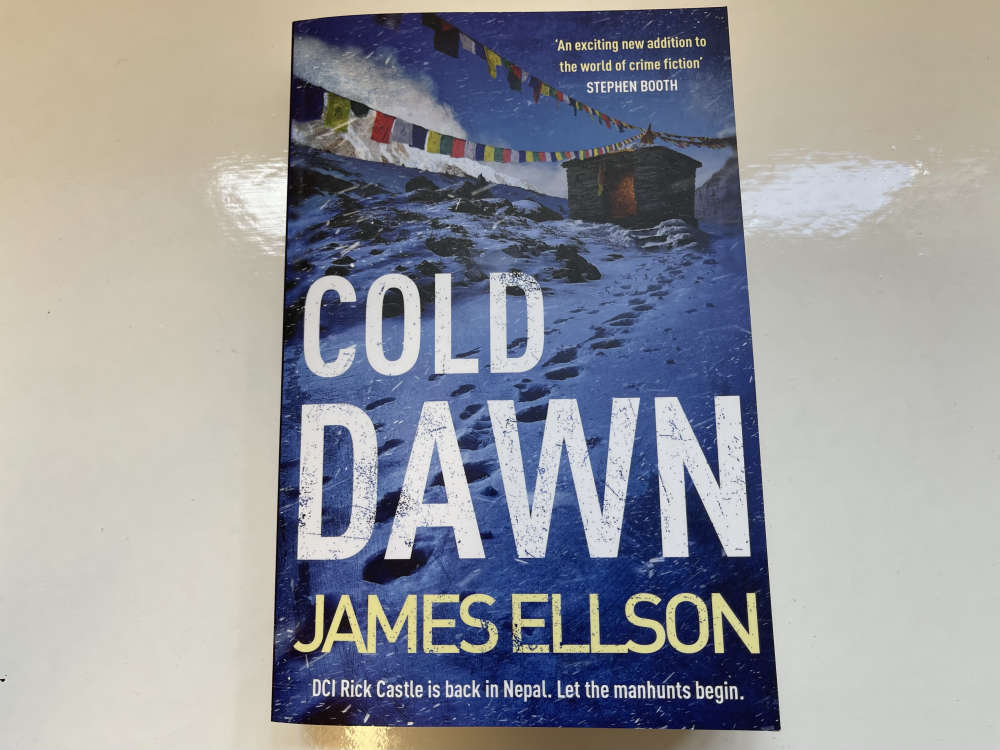 A High Peak author is about to release Cold Dawn, the second crime novel in the critically acclaimed DCI Rick Castle series.

In his writing, James Ellson is able to draw on 15 years of service in the police force, during which he was Detective Inspector at Moss Side in Manchester.

James said: “My debut novel The Trail was a missing person enquiry that took Rick out to Nepal.

“I do know Nepal really well and have done a lot of climbing and mountaineering. I don’t know of another crime thriller that was set in Nepal,” he explained. “Book 2, Cold Dawn, deals with unfinished business from book 1.”

It revolves around Rick’s efforts to bring to justice his nemesis Hant Khetan, including going against the rules as he removes a prisoner from Strangeways and returns to Nepal.

The book goes on sale on 18 August and James is having an official launch at Waterstones in Deansgate on 8 September, to be followed by further events.

He’s looking forward it as Covid scuppered a book tour that was planned to follow the release of his first book in February 2020.

Further books in the series are being planned. James has already written the next book and is working on the fourth.

“You have to work quite a long time in advance,” said James, who takes around six to seven months to create a first draft and then spends the next year or two honing it.

“I am not working on it constantly. It is a good idea every now and then to put the book away in the drawer and write something else and then come back to it.”

He fits in his writing around his work on his smallholding and finds it very rewarding to be creating a crime fiction series as the readers get to know the characters really well and he is looking at developing them through the books.

Cold Dawn published, as a paperback original, by Unbound is on sale from 18 August for £12.99.