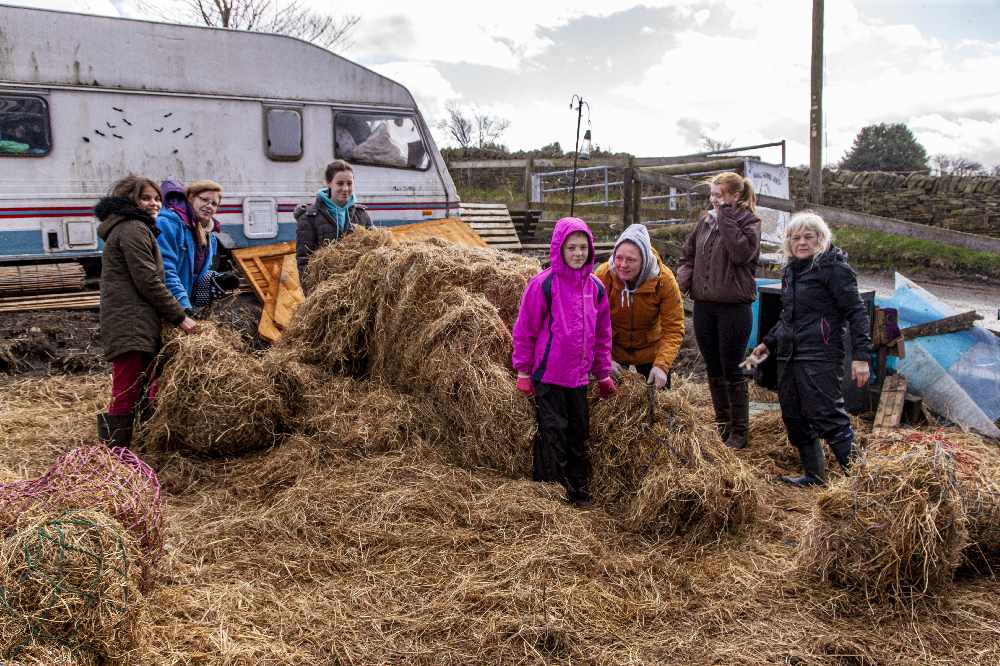 Flood water sweeping down from the hills have turned part of the Hague Street base into a sea of mud.

It has also destroyed huge quantities of hay and straw which animals used for bedding.

The rain has meant centre owner Lynn Haydon-Williams having to renew the beds of animals, including goats, sometimes twice a day.

It’s resulted in a big drain on resources for a charity that always needs equal quantities of cash and commitment.

It has also been a busy time for Lynn and her mini-army of volunteers, who have worked around the clock to keep Haywill going.

Speaking from the centre behind the Beehive pub, Lynn said: “I would like to thank all the volunteers and all the people who have donated.

“Benchmark Building Supplies in Mossley have donated £300 of building materials.We have also had £206 from St Andrew’s School in Hadfield.”

Despite the devastation caused by the bad weather, Haywill’s collection of animals which include horses, pigs, goats and poultry, have not suffered.

Lynn appealed online for help on Saturday as the rain lashed down, and she got it.

She said: “Just want to thank you all for those who braved the weather to come up and help at Haywill.

“We have a massive clear-up and repair on our hands over the next few weeks and need to fund this, including the additional bedding we have had to use. We have been through too much to let the weather beat us.”

Donations can be made to the centre’s Paypal account and by other means. For more details go to Haywill’s Facebook or web page, or make contact via lynn@haywillanimalrescue.co.uk