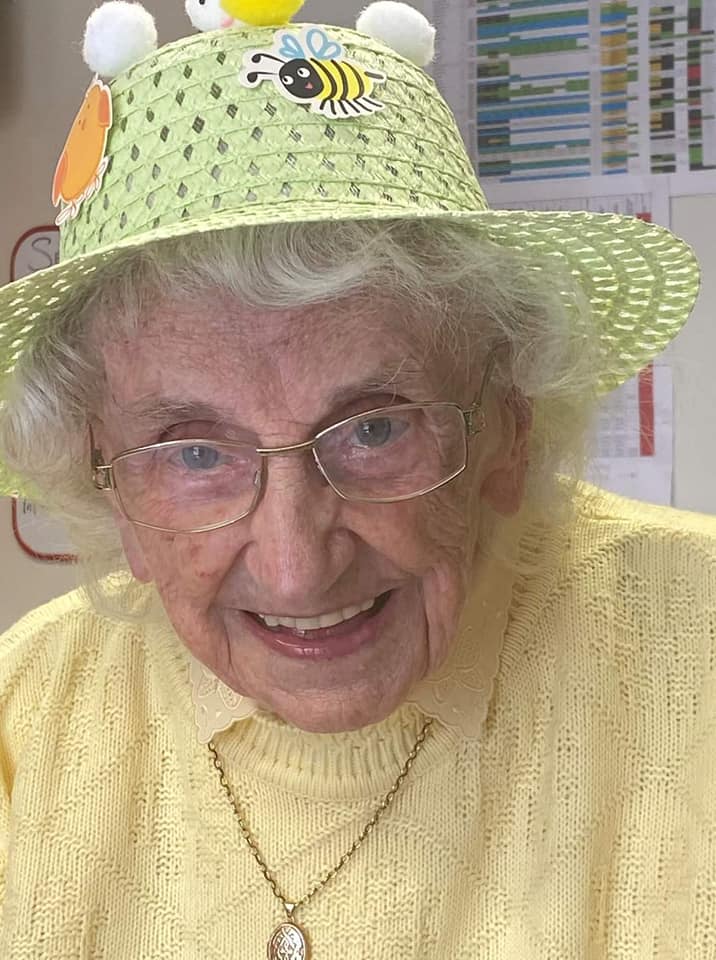 A Hadfield nursing home is preparing to mark a very special resident's birthday in lockdown and is looking to the local community to help her celebrate.

Lilian Harrison will be 101 years old on Monday 1 March and staff at Oakford Manor would love for her to receive 101 birthday cards – one for every year of her life.

Her family say she’s keeping in remarkably good health at Oakford Manor, where she is very settled, having been at the Newshaw Lane home since January last year.

Sarah Lomas, Head of HR at Oakford Manor, told the Chronicle: “Lilian is a special lady and we want to show her how much she is loved. She had some celebrations last year when she turned 100 but it wasn’t the same because of Covid-19.

“We’ve already had some cards but we want her to have as many as possible. We’ve been planning it early so we can sanitise the cards in a machine we have so it’s nice and safe for her.” 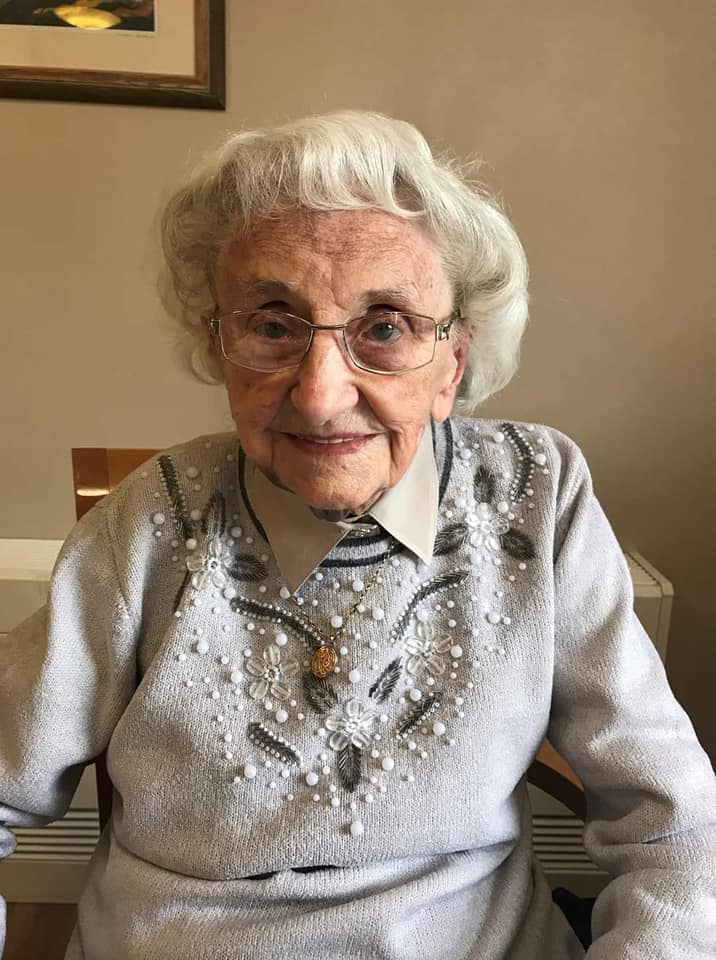 Messages from all over the world

Staff at Oakford Manor want to spoil the popular resident and, although Covid-19 somewhat restricts what they can plan, they want to make it as special as possible for Lilian.

Indeed, news of her forthcoming birthday has already spread far and wide!

“I’ve shared it in lots of locations including my yoga community and UK Gossip Girls,” Sarah said.

“We’ll have flowers and cupcakes on the day. We have booked a local singer from Simmondley called Samantha Mitchell who the residents love – she sings old-fashioned songs and wears an army uniform.

“Youngsters from South View Day Nursery in Glossop will be singing happy birthday to her from the car park.

“We have a new pod which is in place temporarily, we’ve converted part of the conservatory and lounge, so her family can see her safely. We swab people before they go in for extra protection. We have booked it out for them for Lilian’s birthday.

“The Health and Social Care department at Bury College want to do a Zoom call with Lilian to talk to her and find out what she’s been up to.

“Lilian loves yellow so we’ll have some yellow balloons and flowers and we’ll dress up in yellow too for her.

“So far we’ve had nearly 1,000 well-wishers from all over the world – from Yorkshire and Surrey to Belgium, Lisbon, New Mexico, South America and even Australia among other countries.

“We’ve ordered a worldwide map so we’re going to put pins on the places from where people have wished her well.

“We want to make a big fuss of her and it gives her family a chance to see how much she is appreciated by everyone here.” 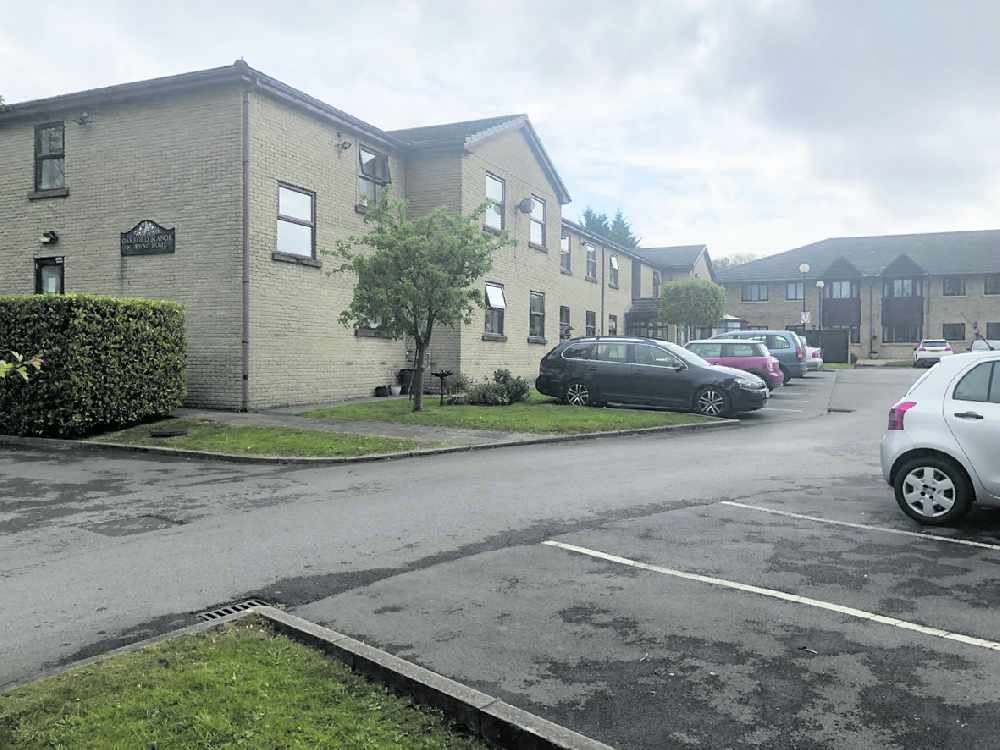 Oakford Manor Nursing Home in Hadfield, where Lilian has been a resident for 13 months

Lilian was born on 1 March 1920 to Joseph and Eva Moorby at their home at New York in Broadbottom.

She attended school in Charlesworth before moving to Hollingworth with her parents and two sisters Jean and Barbara.

She met her husband Irvine at work and they lived on Market Street in Hollingworth, where they had two children – Irvine and Jennifer. They moved up to Fields Grove and then on to King Street – where she lived for 50 years.

Lilian loved to go to the Methodist Church and the coffee mornings in the village, as well as having long walks up to Woodhead Tunnel and going up Cow Lane.

Lilian worked at the Aerialite Castle Works in Stalybridge up until starting a family. When the children were growing up, she went back to work in the office of a leather company in Ashton, followed by working in the office at the Mill on Wedneshough Green in Hollingworth for a while.

After the Mill closed down, Lilian went to work in the office at McConochies in Hadfield but unfortunately she was made redundant. She then got an office job at a rope company in Padfield, where she worked until retiring at the age of 60.

Sarah added: “Lots of people locally remember her – they may have served her in Tesco or even played Scrabble with her.

“She is very sprightly for her age, she’s always up and about. She loves keeping fit and does chair-based exercises. She is a bundle of joy, you really wouldn’t think she is nearly 101.

“She always enjoys talking about her family and her granddaughter has created a family tree on her wall where she puts lots of family pictures for Lilian to look at. Her family are amazing with her, she never goes without anything.

“She loves crossword puzzles and has lots of books in her room. She used to like going to church services when they were allowed to take place.

“Administrator Katherine has been building a corkboard which also has news and information about Lilian.”

How to send Lilian a card

People can post a birthday card for Lilian to the nursing home using the address Oakford Manor Nursing Home, Newshaw Lane, Hadfield, Glossop, Derbyshire, SK13 2AJ – or if you live locally, you can leave the card in a box in the porch at the nursing home entrance.

People are asked to send them as soon as possible so they can be sanitised in advance of Lilian’s big day.