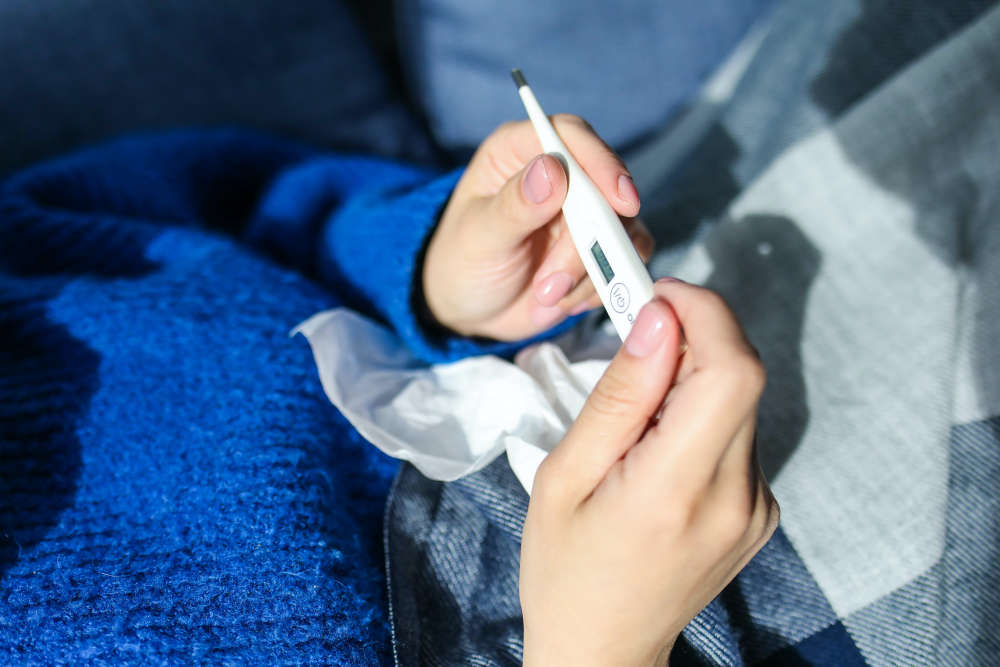 Health chiefs are urging residents to be "vigilant" due to a spike in scarlet fever infections across Derbyshire.

A spokesperson for UKHSA detailed that scarlet fever is usually a mild illness but can be serious if left untreated.

They said it is highly contagious and mostly affects young children.

The first signs of scarlet fever are flu-like symptoms such as a high temperature, sore throat or swollen neck glands, and a bumpy, rough feeling rash usually appearing after 12 to 48 hours on the chest and stomach, they say.

NHS guidance details that complications from scarlet fever are rare but can happen during or in the weeks after an infection, including: Ear infection, throat abscesses, sinusitis, pneumonia, meningitis and rheumatic fever.

Dean Wallace, director of public health at Derbyshire County Council, told the Local Democracy Reporting Service that the uptick in cases was likely to be linked to lower background immunity levels to the illness due to social distancing and other pandemic measures.

He said: “The pandemic and students not being in close contact with each other has led to lower background levels of immunity.

“It has not been a major issue in the past and you just need to treat the symptoms.

“What we are seeing is the impact of the pandemic with diseases that we have seen before popping up in higher levels than previously.

“People need to be vigilant and monitor the symptoms and to contact their GP (if they see symptoms) and to follow basic hygiene rules such as washing their hands regularly.

“We are now seeing an influx of other illnesses which we had seen much lower levels of during the pandemic, such as scarlet fever and norovirus.”

He said that measures such as social distancing and hand hygiene advice, along with face masks, had led to a year almost free of illnesses like norovirus.

Dr Samia Latif, consultant in communicable disease for UKHSA in the East Midlands, said: “The East Midlands has seen a recent rise in the number of cases of scarlet fever.

“Though not uncommon at this time of year, we are reminding parents to be alert and make sure they’re aware of the symptoms.

“These include fever, sore throat and a pinkish-red body rash with a sandpapery feel.

“Scarlet fever is highly contagious, however, is not usually serious and can easily be treated with antibiotics to reduce the risk of complications and spread to others.

“To limit the spread of scarlet fever, remember to practice good hand hygiene by washing hands with warm water and soap, not sharing drinking glasses or utensils, and covering the noise and mouth when coughing or sneezing.”

The advice is to contact a GP or call NHS 111 if your child develops symptoms, if they do not get better in a week after seeing their GP, or are feeling unwell having been in contact with someone who has scarlet fever.

They stress that it is important to call before you attend the GP due to the ease at which the infection can spread.

The UKHSA spokesperson also said it is important to stay away from nursery, school or work for 24 hours after taking the first dose of antibiotics aimed at combating the scarlet fever.

They gave some tips to relieve symptoms:

For more info, people should visit the NHS website: https://nhs.uk/conditions/scarlet-fever/