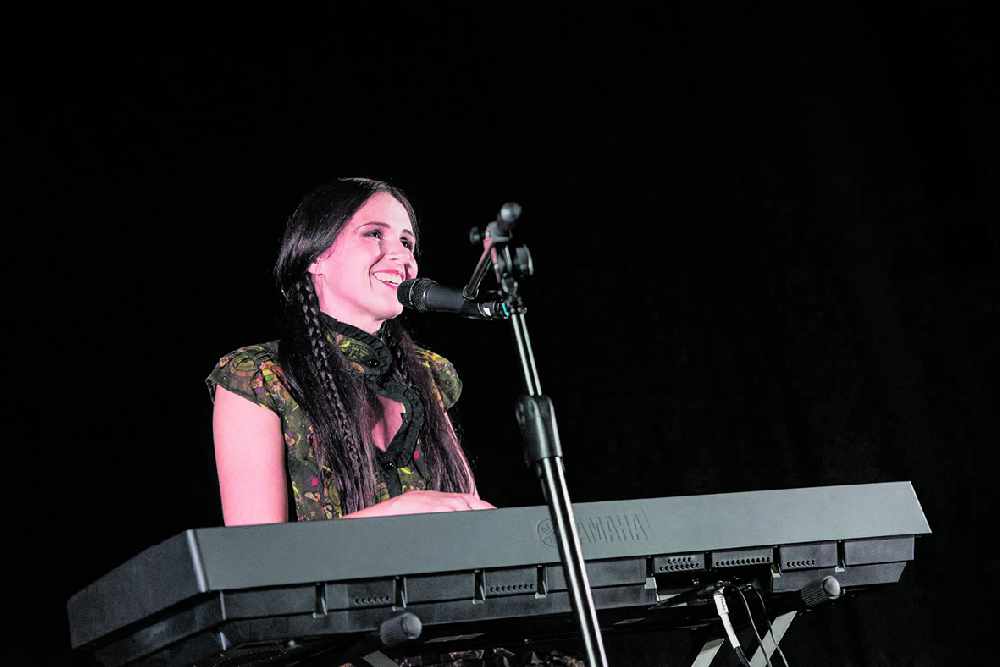 Glossop singer-songwriter Rosie Arnfield has battled off competition from 10,000 people to win a spot at this weekend's Open Mic UK Grand Final.

The big occasion will be on Saturday at The O2 in London.

But she needs your help to win.

Rosie (pictured) successfully battled through live shows in front of judges of the prestigious Open Mic UK music competition - the biggest search for unsigned talent in the UK.

At the regional finals, she won the trophy for “Best Original Song” with ‘Song Bird’ as well as winning a meeting with industry professionals, and progressed to the area final - also at Salford's Maxwell House - before overcoming that hurdle too.

Now, to win Open Mic UK, she must make the judges' three top scores which will be ranked and added to the audience and text votes.

To vote, text OPEN39 to 84222. Text votes are UK only and cost £1 plus one message at your standard operator rate. A percentage will go to Open Mic UK's chosen charity - which was Kidscape last year. The Leaderboard can be found here.

Rosie said: "Thank you to all who have voted so far - your support means a lot!"

The judges include Carrie Grant and seven other industry professionals, plus guest performer from Eurovision and BBC All Together Now, Michael Rice.

The winner, runner-up and third position will be announced on Saturday for each age category, and the overall winner of Open Mic UK 2019 will be announced by next Tuesday (4 February). The grand prize is a prestigious management, recording, video and radio package.