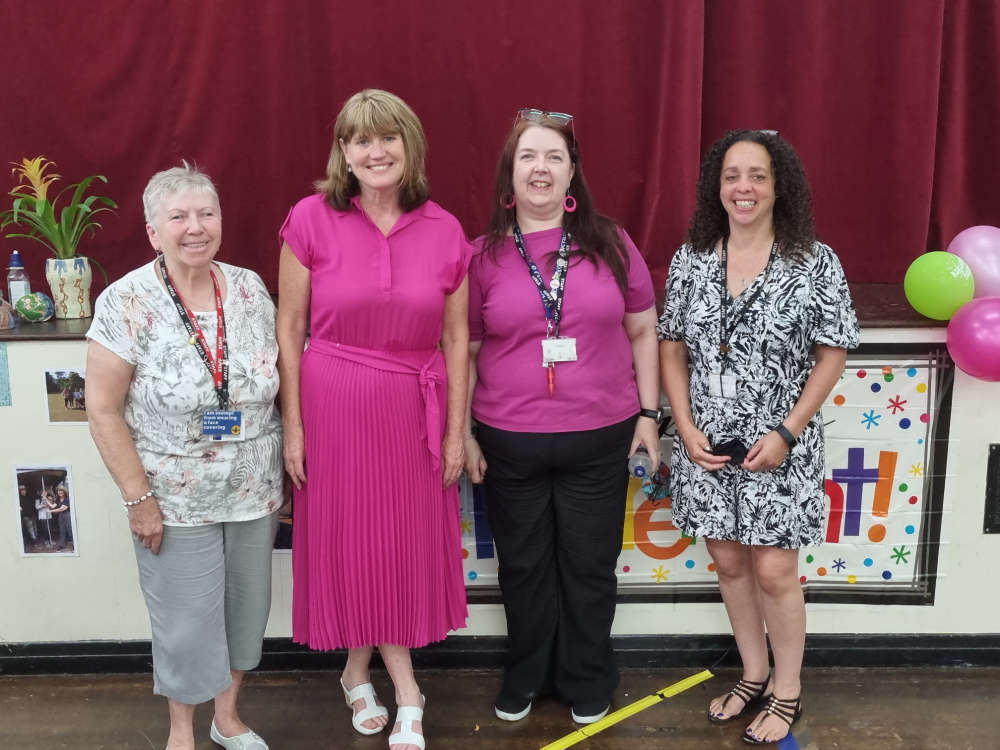 Trish (second left) with some of the teaching assistants whom she managed.

A Glossop secondary school have said a fond farewell to a popular member of staff who has retired after 21 years working in various roles.

Mrs Trish Barber, who is well known in the Glossop area, has helped hundreds of local children and families during just over two decades at St Philip Howard Catholic Voluntary Academy.

Trish's final day in her role as Special Educational Needs Co-ordinator (SENCO) and English teacher was last Thursday (22 July), when the school broke up for the summer holidays.

On Tuesday (19 July), St Philip Howard held a special assembly which was attended by the CEO of the St Ralph Sherwin Trust - which the school is part of - Sean McClafferty, who gave a speech along with head teacher Louisa Morris. 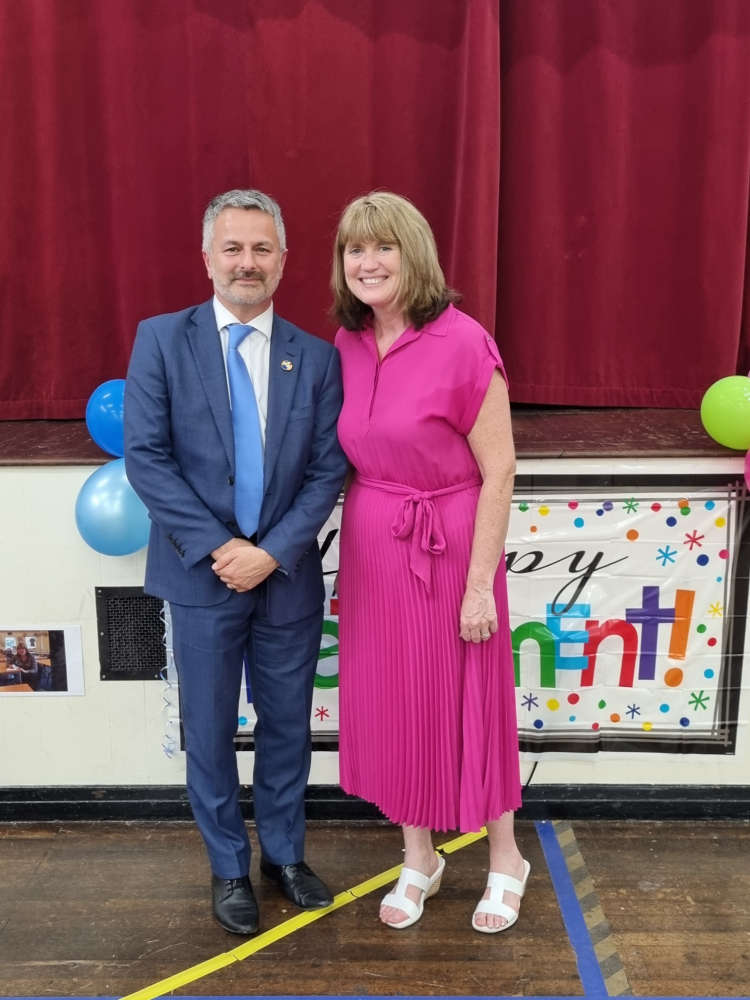 A number of children in Trish's care attended the assembly in person and some read out speeches, while the assembly was played out on a live broadcast to all of the other students and staff in their classrooms.

A special PowerPoint presentation was also put together which included some lovely staff video messages to Mrs Barber, who received some gifts from the school.

Among some of the messages were how Trish had "made such a positive difference to so many students' lives", as well as how she "cares passionately about all students and staff", "always has a smile for you" and "will be your biggest support".

Trish started at the Sunlaws Street school in September 2000 as a teaching assistant. Whilst in that role, she worked towards her English degree to become an English teacher.

She then became the school's SENCO eight years ago.

Last year, Trish was a finalist in the Secondary Teacher of the Year category at the first ever St Ralph Sherwin Catholic Multi Academy Trust virtual awards night.

The school said she will "be very much missed by everyone at #TeamSPH" and they wish her a happy retirement.