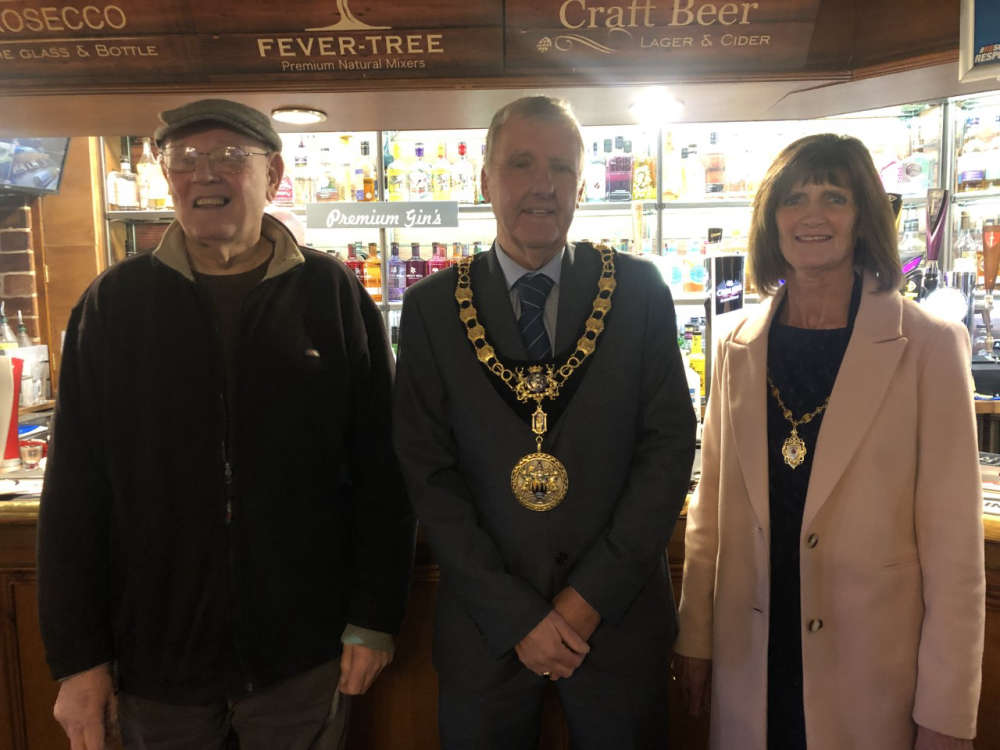 Glossop Men's Gang is on the lookout for new members to join the group.

The gang is a group of 15 over 60-year-olds who meet up once a month for a meal and a chat. During lockdown they had to make do with phone calls, but now they are actively meeting face-to-face again.

High Peak Mayor and Mayoress Paul and Mary Hardy were guests of honour at the last meeting at The Beehive pub in Whitfield on Wednesday (17 November).

The gang, which was formed five years ago by Owen Russell, meet for a meal and a chat at a different venue, once a month. There is usually musical entertainment provided as well, with Owen himself often playing the piano.

Owen told the Chronicle: "Since we were last able to meet, we’ve lost six members, sadly through them passing away or through illness. So we’d like to recruit some new people to boost our numbers. We’ll even consider 55-year-olds and over if they really want to join us!

“I’ve actively been trying to get more members, inviting them along to a lunch to see what they think of it. We usually eat our meal and then the entertainment kicks off afterwards.

"We sometimes meet at The Beehive in Whitfield, The Chieftain in Hadfield and we used to go to the Wren’s Nest which was great as there was so much space there.”