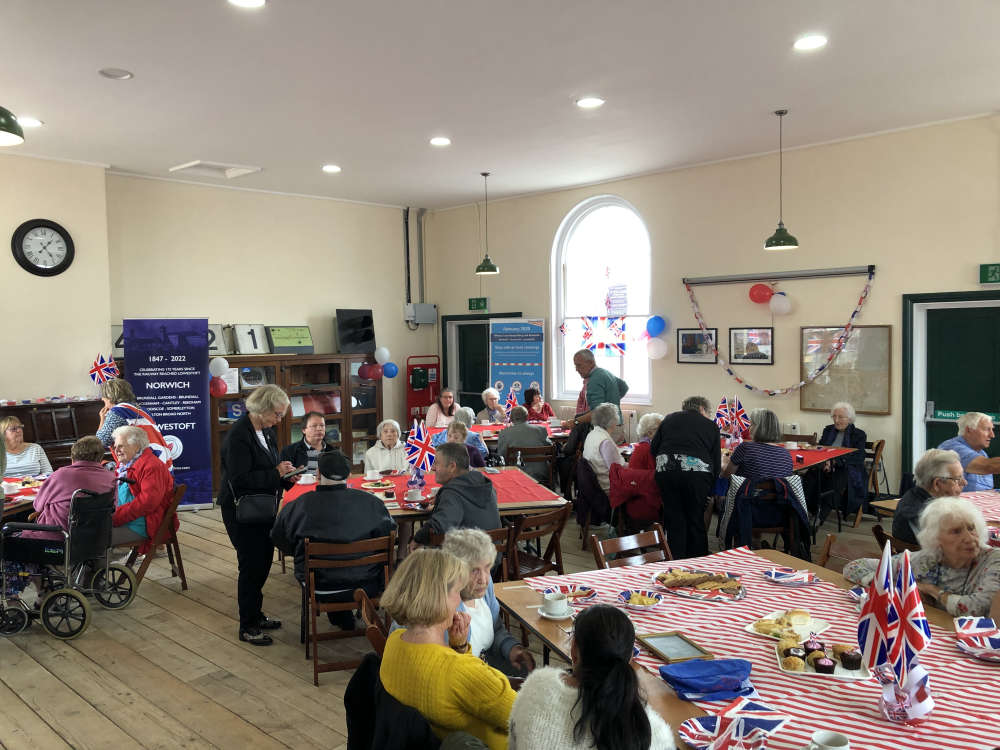 The Chair of the Friends of Glossop Station Neil Williams was a special guest joining former Lowestoft wartime evacuees at a special Jubilee themed event on Saturday.

The event, held at the town’s railway station, was part of their annual summer reunion - with Neil representing the Glossop community who hosted 600 Lowestoft children during the war.

Hosted by the Wherry Lines Community Rail Partnership and Lowestoft Central Project, 40 evacuees enjoyed afternoon tea in celebration of the Royal Jubilee and to mark 175 years since the railway reached the town. 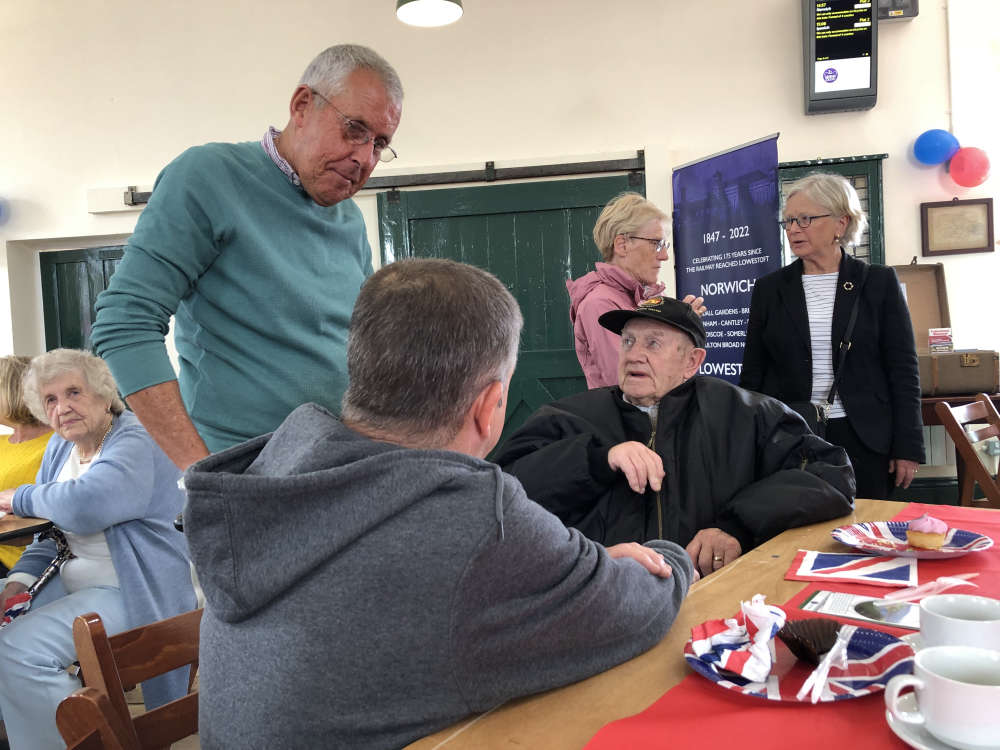 Neil Williams, Chair of Friends of Glossop Station (standing) catches up with former evacuees at the reunion.

As is tradition on reunion events, a role call was held to establish who was attending from their former schools and two former pupils who were billeted in Shirebrook and had not met since the end of the War were reunited.

Community Rail Development Officer Martin Halliday said: “It was wonderful to see friends reunited and hear some fascinating stories from their time away.”

Last summer two large panels depicting the evacuation were installed at Lowestoft station and information panels are also displayed at Glossop railway station to celebrate and preserve the unique links made between the evacuees and their host communities.