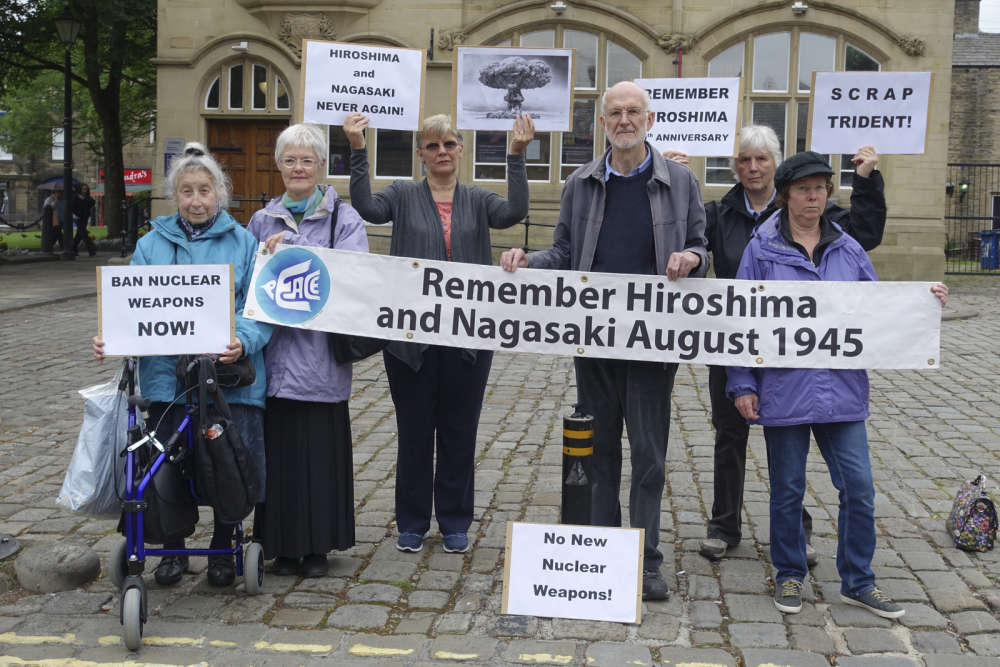 A previous vigil held by the group in Glossop town centre.

Members of Glossop Peace Group will be remembering the victims of Hiroshima and Nagasaki at a vigil on Saturday (7 August).

They will be on the High Street near Norfolk Square at 11am with banners and placards and will give paper cranes, made in Hiroshima, to passing shoppers.

When the atomic bombs were dropped on the Japanese cities of Hiroshima and Nagasaki on 6 and 9 August 1945 respectively, they killed between 129,000 and 226,000 people, most of whom were civilians.

Britain's Trident nuclear weapons are carried on four submarines, each with eight missiles and every missile has 40 warheads. Each of these warheads is eight times the size of the bombs which destroyed the cities of Hiroshima and Nagasaki.

A spokesperson for the group said: "The UK government is planning a 40 per cent increase in the number of nuclear warheads, at a time when dozens of other countries are signing an International Treaty to completely ban nuclear weapons.

"Nuclear weapons do nothing for our security. The billions squandered on Trident weapons and submarines could be spent on funding the NHS and investing in green jobs to tackle climate change."