Glossop forced to share the points in Bank Holiday cracker 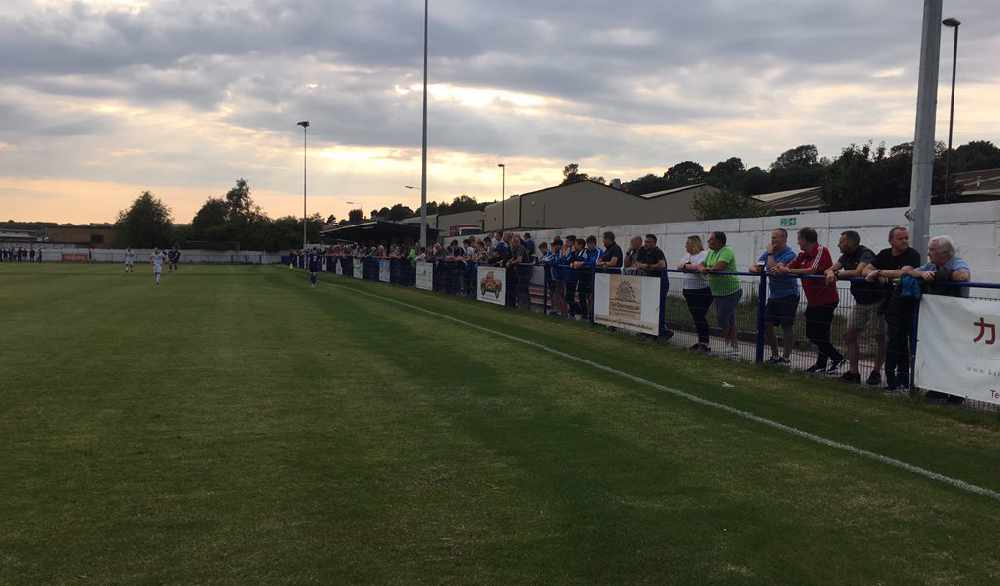 A crowd of 314 congregated at the Amdec Forklift Stadium and saw a very enjoyable game and both teams gave an all action performance in heatwave conditions.

Glossop conceded three corners in the first few minutes and from the third, Fielding was allowed a free header to put Steels ahead. GNE shrugged off this disappointment and played some good passing football. Several half chances were created but they could not find the final ball. Glossop had the better of the play now, but half time came with Steels still ahead.

Mills replaced Limpishi for Glossop and the Hillmen continued to press. Around the hour, Steels threatened to extend their lead with a shot which flashed just wide of the post and another effort across the face of goal which just needed a touch. On 67 minutes a great ball from Coppin found Mills who ran at the full back. Mills was pulled back and the penalty given. Touhy scored confidently and the teams were level. Minutes later, Szymon Czubik won the ball strongly, beat two defenders and shot just wide when it looked easier to score.

Both teams were going for the win now. On 83 minutes, Mills set off on a great run across the box past several defenders and then was clearly fouled. Tuohy stepped up and emphatically converted the penalty. 2-1 to Glossop. The visitors looked done but minutes later had another penalty. Latham in the Glossop goal has been excellent so far, but a rash challenge threw Steels a lifeline as the referee pointed to the spot again. Mangham scored to level at 2-2 and two tired teams had to settle for a point each.