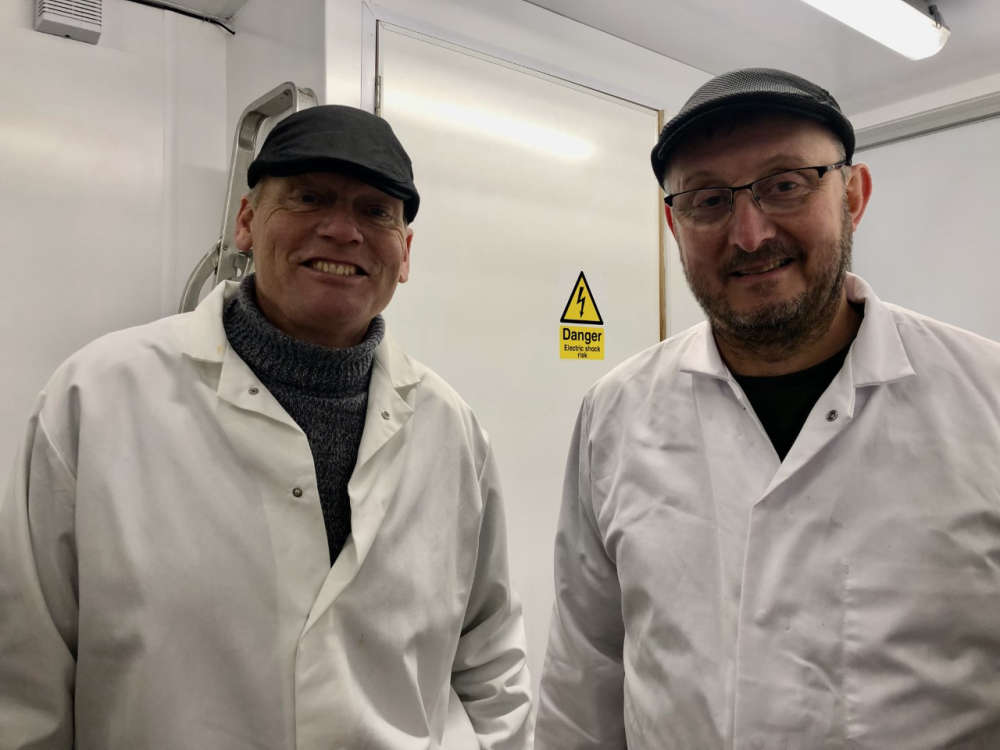 A Glossop butcher says his business has remained unaffected despite the shortage of carbon dioxide.

The gas is used to stun pigs at abattoirs before slaughter.

But John Mettrick, of Mettricks Butchers, says because their business is so local, they haven’t been hit by the CO2 shortage which has been affecting the UK in recent weeks.

The BBC programme Countryfile sent presenter Tom Heap to Glossop to film a segment for the programme, which will be shown on Sunday 28 November. The time of the broadcast is yet to be confirmed.

John told the Chronicle: "Countryfile have been following the CO2 crisis, comparing how large abattoirs have been suffering compared to smaller ones such as ours. We haven’t really had a problem because we have a local workforce and a different processing method.

“The recent COP26 conference in Glasgow stressed the importance of buying locally to create a smaller environmental impact.

"We’re very lucky that we still practise what our business is all about. We get our meat from local farmers, processing the animals at the Victoria Street abattoir and selling it from our shop on High Street West.”

John says they have a connection between the local farmers and shoppers.

He added: "We have complete control. We have traceability. We can also work with farmers to ensure that they’re producing meat in an environmentally sustainable way. We’re very lucky to be able to produce meat in this way.”

Mettricks operates their abattoir out of John’s grandad’s old shop on Victoria Street. The meat is prepared and sent to the main shop for sale.