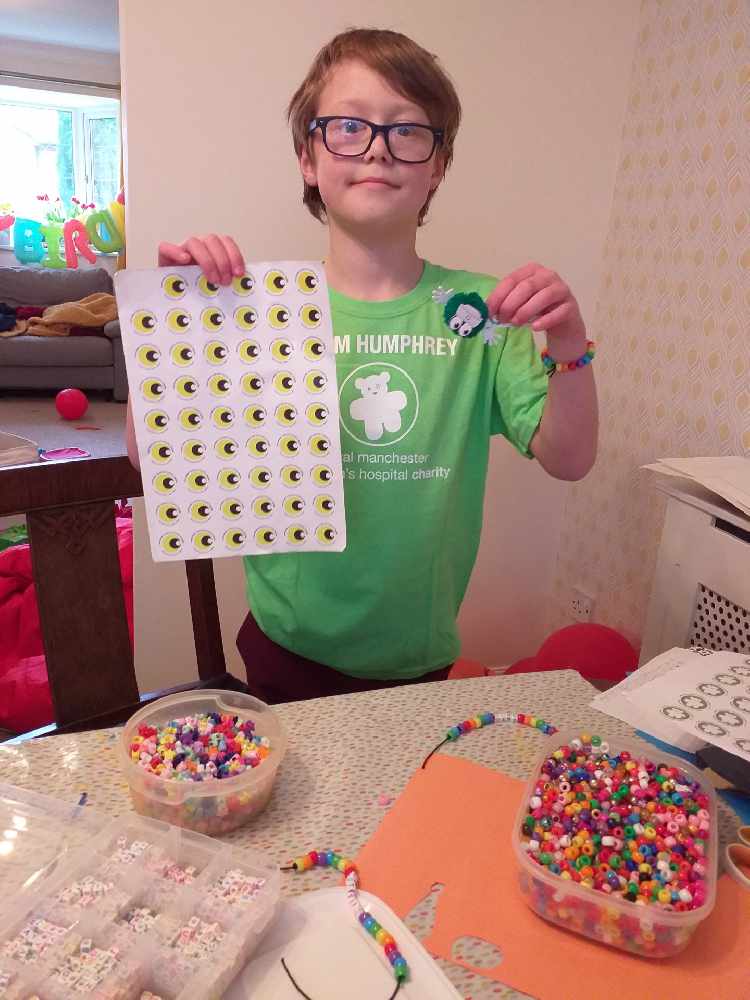 An eight-year-old boy from Glossop had blisters so bad that he was admitted to hospital after a rare reaction to eye drops.

George Bromley was only two when he was diagnosed with Stevens-Johnson Syndrome (SJS).

The condition is a very rare but serious disorder, which is usually caused by an adverse reaction to certain medications or sometimes an infection.

In George’s case, it was a reaction to eye drops he was given when he suffered from conjunctivitis.

The blisters that covered his whole body were so bad that he spent two weeks on the Burns Unit at Royal Manchester Children’s Hospital.

Afterwards, he was left with long-term damage to his eyelids, which causes his eyelashes to turn in and cause discomfort. This means George requires regular procedures and check-ups at Manchester Royal Eye Hospital.

But despite everything he has been through, George is always thinking of others and has become an avid fundraiser for both hospital charities – Royal Manchester Children’s Hospital Charity and Manchester Royal Eye Hospital Charity.

George, who turns nine on 1 April, has set up a Facebook group selling bracelets and keyrings which he designs and makes himself.

He said: “We do keyrings with names on and they are really popular. Lots of people hang them on their book bags for school.

“We’ve now launched bracelets which children can wear. They have their parent’s mobile number on so if they get lost someone can phone the number for them. We wore some when we went to Edinburgh last year before Covid and my mum said she felt safer knowing we were wearing them.

“I choose the colours and do the designs of the bracelets and keyrings. I’m really pleased with them and proud at how much I’ve raised for the hospitals.”

George’s mum Elle and dad Will say the fundraising has really helped George to cope with his condition and has given the family something positive to focus on after such a negative ordeal.

Elle said: “The fundraising has really given him a positive focus and I’m so proud of what he has been able to do. We were worried that with everything he went through he would struggle to cope.

“The blisters were so bad, it was just awful. We do have photographs of that time but we don’t share them – the blisters were just too awful. He was in hospital for two weeks and they were so bad he had to be treated on the Burns Unit.

“It started just before he turned three, because we gave him some eye drops for conjunctivitis. Shortly afterwards he clearly wasn’t well and his cheeks were red. We took him to the doctors and they originally thought he might have Slapped Cheek Syndrome. Then we ended up at our local hospital and they thought it might be SJS but they weren’t sure so we were transferred to Royal Manchester Children’s Hospital.

“He rapidly got worse and the blisters were so bad he had bandages all over his body. There weren’t many bits of his body that weren’t affected.

“The blistering and SJS caused damage to his mucous membranes around his eyes and eyelids. This now means he gets very dry eyes because his body can’t lubricate his eyes properly.”

George, who is big brother to Isy, seven, and Joey, four, has eye drops administered hourly. He has also had 11 procedures to date to help correct his eyelashes, as they have turned inwards and can irritate his eyes.

Elle said: “At the moment they’re not too bad so we just keep up with the check ups at Manchester Royal Eye Hospital, but he may need more procedures in future. Thankfully it hasn’t affected his eyesight.”

George’s latest project is bracelets which feature a parent’s mobile number. They are for children to wear so if they’re separated from their parents in a crowd, or wander off, an adult can ring the mobile number and reunite them with their family. 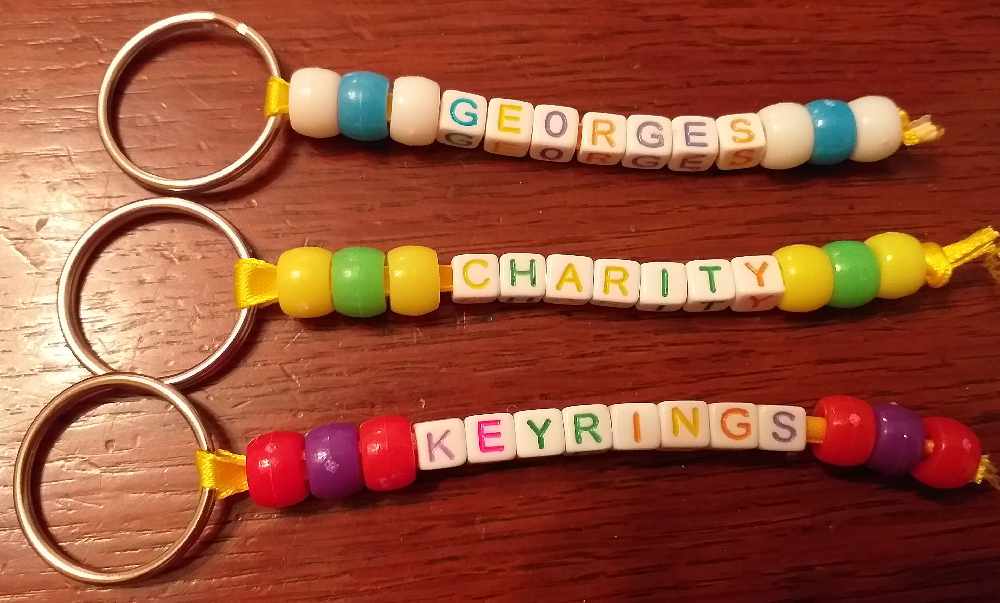 The young fundraiser also did a scavenger hunt around the town last year to raise funds. And before that, he came up with the idea of creating keyrings with names or inspirational words on.

Elle said: “He did struggle with his condition at first and asked ‘why did this happen to me?’. That’s when we came up with the idea of fundraising and turning the negative into a positive.

“He’s taken some keyrings to the children’s hospital pre-Covid and he now understands that’s he’s helping other children just like him.

“We’re so proud of how he is coping with it now – one of his biggest achievements was talking about SJS in a school assembly in front of the school. Everyone knew he had his eyedrops at school but after the assembly they understood why. I think it was very empowering for him.”

George has raised more than £1,000 and hopes to increase this further with his new phone number bracelets.

His money is being divided between Royal Manchester Children’s Hospital Charity and Manchester Royal Eye Hospital Charity, which both fund treatment, research and care projects to save lives and help make a potentially difficult time in hospital easier for patients and their families.

The Charities’ community fundraising officer, Jo Thomas, said: “George is such a creative young boy and his bracelets are really colourful. It is such a clever idea and a great way to fundraise.

“We were so pleased to hear about George giving an assembly about Stevens-Johnson Syndrome – raising awareness and funds makes him a very special supporter of ours.

“As businesses and events start to begin again later this year we think the bracelets will really help parents of young children feel more at ease with their little ones in a crowd.”

To purchase one of George’s creations visit https://www.facebook.com/Georgescharitystuff/ and to find out more about the two charities visit www.mftcharity.org.uk