Fundraising youngsters at the top on sliding scale of success 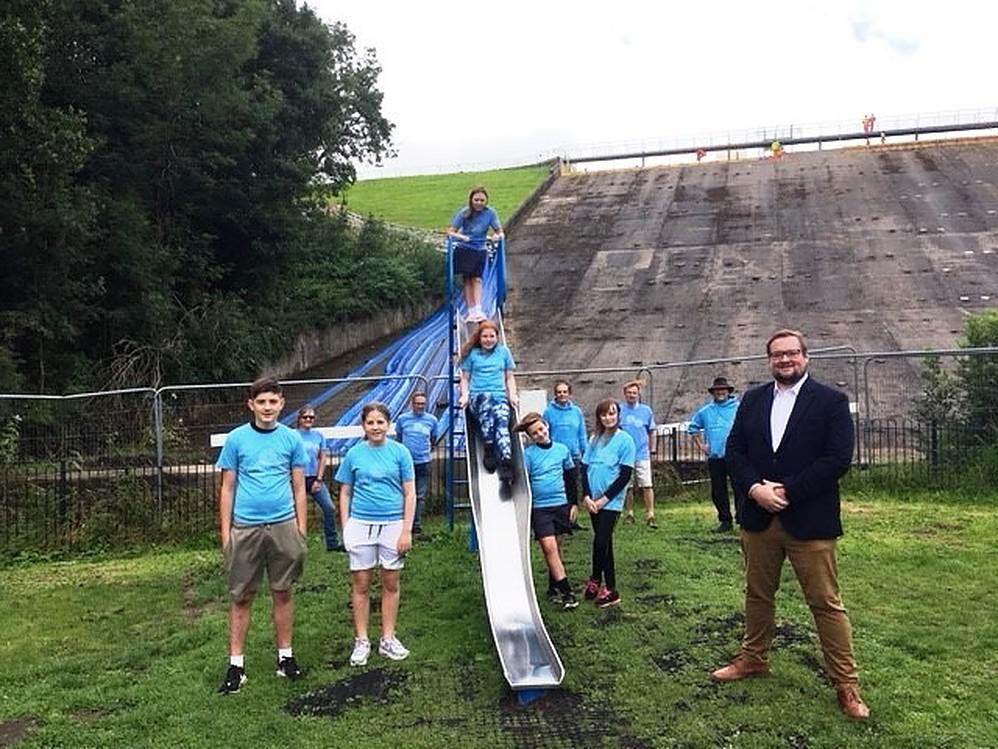 If fundraising efforts were ranked on a sliding scale, enterprising youngsters in Whaley Bridge would be at the top after raising £3,000 for a new slide in the Memorial Park.

The Junior Friends were keen to add to the amenity at the park, which is close to Toddbrook Reservoir, with a stand-alone slide for slightly older children.

Activities ranging from coffee mornings to throwing water bombs at volunteers and offering glitter tattoos raised £1,000 and the group was awarded the maximum £2,000 donations from Tesco’s Carrier Bag Community Grant scheme, after the slide project received the most votes from shoppers at the Whaley Bridge store.

The borough council provided the remaining £4,400 needed for the slide, which has now been installed following the lifting of the coronavirus restrictions.

Brandon Cross, spokesperson for the Junior Friends, said: “We knew we wanted to raise money for a slide and it took around four years to get enough money together.

“We all worked together on fundraising ideas and I even volunteered to have water bombs thrown at me – mostly by my sister! But it was all definitely worth it and we’re really pleased with the slide we’ve now got.”

Councillor Damien Greenhalgh, Deputy Leader and Executive Councillor for Regeneration, Tourism and Leisure, joined some of the young people who have raised the cash and members of the Friends of the Memorial Park to congratulate them on their efforts.

He said: “This is a fantastic achievement and all of the young people who worked so hard over several years to raise the money for this slide can be incredibly proud of themselves.

“They were only formed five years ago with the support of Paul, our Park Ranger, and two enthusiastic local Mums – our only Junior group in the High Peak – and in just a few short years they’ve already left a lasting legacy for park users.

“Talking to them I get a real sense of their enthusiasm for their park which is great to see and bodes very well for a continued bright future for this much loved public space.

“I’m delighted that the Council has been able to help them realise their ambitions of installing this super slide in the play area. Being active outdoors is good for us all and having facilities which meet local needs can only encourage more and more people to take part in activities and move more every day.”

The Friends of the Memorial Park has been active since 2005 and helped the Juniors with their project.

Jaine Wright from the Group said: “Our Junior Friends have shown as much enthusiasm for fund raising as they put into all activities and we are proud to be associated with them.”

Councillor Greenhalgh joined some the Junior Friends and members of the Friends to congratulate the youngsters on their achievement.