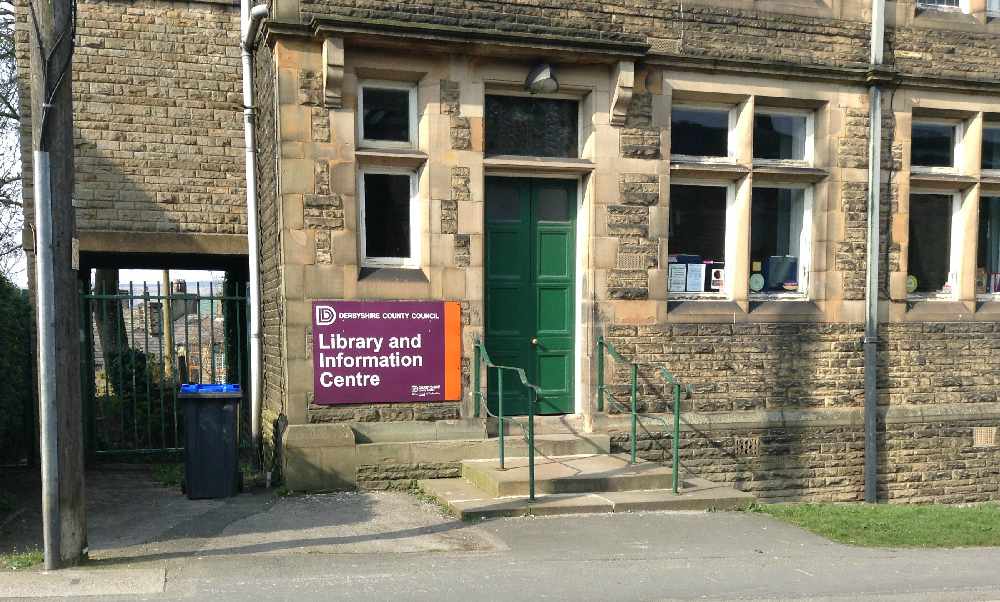 Hadfield Library on Railway Street - one of four libraries in the High Peak at risk of closure.

A number of Derbyshire libraries are at risk of closure, or only being open one day a week and not being given any new books, it has been revealed.

A Derbyshire County Council meeting on Wednesday (23 February) was told that after years without any community interest in taking on a range of authority-owned libraries, the risk of closure remains.

A report discussed by councillors says: “Closures on a significant scale could help realise some of the required savings, however, it would enable the service to directly align its available resources with existing levels of use and need.

“It could result in a patchy and uneven distribution of libraries across Derbyshire.

“If there is a lack of customer/community support for the proposals outlined within this paper, the Library Service would need to review all aspects of current service provisions, with a potential requirement to make further significant reductions to opening hours, staffing, the materials fund and mobile library provisions.

“This could result in some libraries being open for less than one day a week with few, or no new books or resources added to stock.”

Four years ago, the county council announced plans to pass 20 of the least used libraries out of the 45 it owns and runs would be passed over to community groups in a bid to save £1.6 million.

The council asked groups to come forward, but so far only one library – in Woodville, South Derbyshire – has been passed over and only five more have retained expressions of interest and/or business cases.

Business cases have been submitted for libraries in Old Whittington, Wingerworth and Melbourne and ongoing interest is being maintained for the sites in Tideswell and Etwall.

This leaves 14 libraries in limbo.

Alongside this, officials told the meeting, “no interest whatsoever” has been received for the authority’s mobile library vans.

The council has four mobile library vans, two of which are backup vehicles. A key restraint in generating interest, officers suggested, was the need for a HGV licence to operate the vans.

Michelle Parker, the council’s library service development manager, told the meeting that “we need two spare as replacements for the other two in case they break down, which they often do”.

She said council staff could currently only handle one library transfer at a time.

Cllr Sue Hobson, cabinet support member for the department overseeing libraries, said “lessons have been learned” from the process and that the council “has had difficulties”.

Cllr Damien Greenhalgh said: “Does the level of support show that the ambitious plans were too ambitious?

“Volunteer and charity support is not free. You say that the council is only able to do one at a time so that is maybe one a year or two a year, that is going to take a long time to get to 20.

“There is an opinion locally that libraries should be run by professional librarians and there is a difference between having volunteers helping to provide services and taking it on.

“My view is that popular opinion is not with this (project).”

Ms Parker said: “It is difficult to say how long it will take (to transfer 20 libraries).

“The process will get quicker but every group (looking to take on a library) is different. We do get interest in volunteers, but not with managing.”