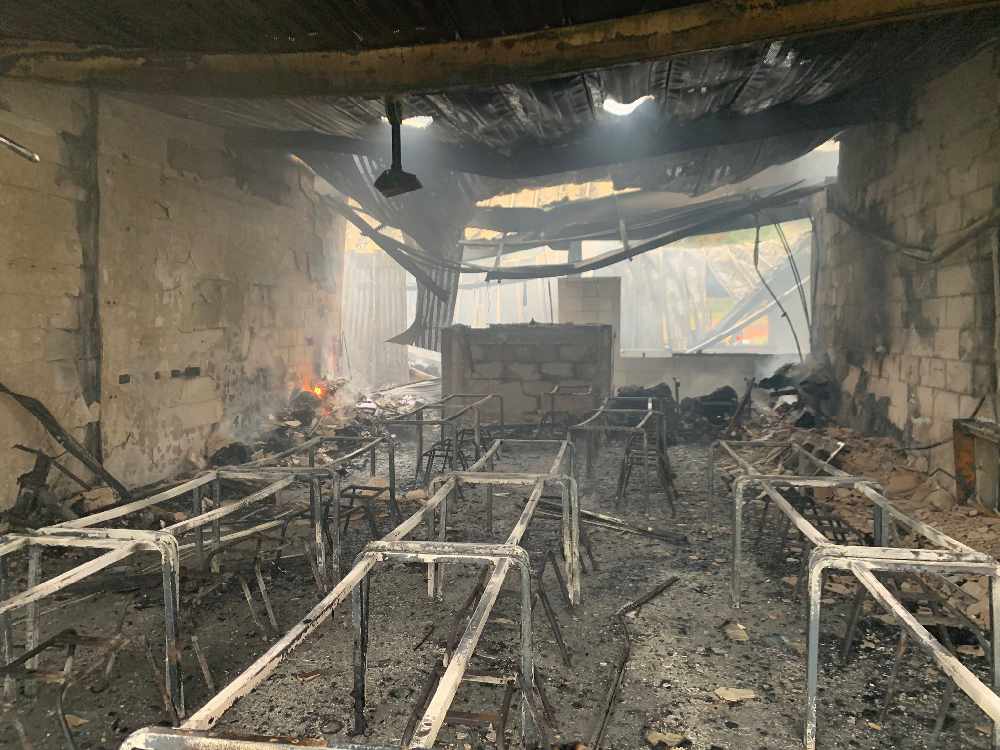 Derbyshire's fire chief has called on the government to change fire safety legislation for new build and refurbished schools.

The county's Chief Fire Officer and Chief Executive Gavin Tomlinson, who is also the National Fire Chief Council Lead for Sprinklers, wants all new build and refurbished schools fitted with sprinklers as mandatory.

Mr Tomlinson's call came on the morning of the second devastating school fire to affect Derbyshire in a 48-hour period and the third school fire in the county since May.

It followed another damaging fire at Harrington Junior School in Long Eaton back in May.

A further five schools have been affected by fire in Derbyshire since April 2019.

Mr Tomlinson said it's time for change and there's a collective responsibility to build safer schools.

He said: "It is absolutely heartbreaking to see the devastation caused by fire at two Derbyshire schools over the last 48 hours. “The effect that losing a school has on the community is huge. A school is right in the heart of a community, providing our children with the education they need, so to see this taken away at a time when schools are just starting to recover following Covid lockdown restrictions, is both a huge shock and totally unacceptable when there are fire safety measures that can prevent such devastation.

"Over the last few years, through the National Fire Chiefs Council, we have been calling for Government to make changes to fire safety legislation that would see sprinklers fitted as mandatory in all new build and refurbished schools. Sprinklers are one of a range of fire safety measures that would not only protect our schools from fire and prevent injuries, but they would also protect against costly rebuilds and of course, protect against the stress and anxiety caused to the children who need their education."

Mr Tomlinson went onto say: “I am not sure what more evidence is needed to bring legislation in line with Scotland and Wales where it is mandatory for sprinklers to be fitted and for the Government here in England to take notice and more importantly, to take action – we have a responsibility to build safer schools.”

NFCC Chair Roy Wilsher said: “England is lagging behind Scotland and Wales when it comes to introducing legislation to fit sprinklers in schools. NFCC believes all new schools – and those undergoing refurbishment – should have automatic fire suppression systems fitted. In our response last year to the ‘Technical Review of Building Bulletin 100: Design for fire safety in schools,’ we highlighted that the rate of schools being fitted with sprinklers may have fallen from 70% to as low as 15% of new builds.

“We have a responsibility to ensure buildings are safer; sprinklers in schools is clearly a move in the right direction. Children across the UK have had their education severely disrupted this year due to the pandemic; a fire in a school will only make this worse, putting additional pressure on the education service and parents."

Mr Wilsher also pointed out that schools are important community assets which need to be protected. He emphasised the importance of ensuring fire safety remains a key priority during the pandemic and to make it part of the COVID-19 secure planning, along with revisited escape routes and fire drills.

Fire investigations into the cause of the fires at St Marys’ School and Ravensdale School are ongoing.

The Federation of All Saints and St Margaret's Catholic Primary School in Glossop said its school community came together on Monday afternoon to pause and pray for the families and the communities affected at the two schools, "keeping all the staff, children and families in our thoughts and prayers".