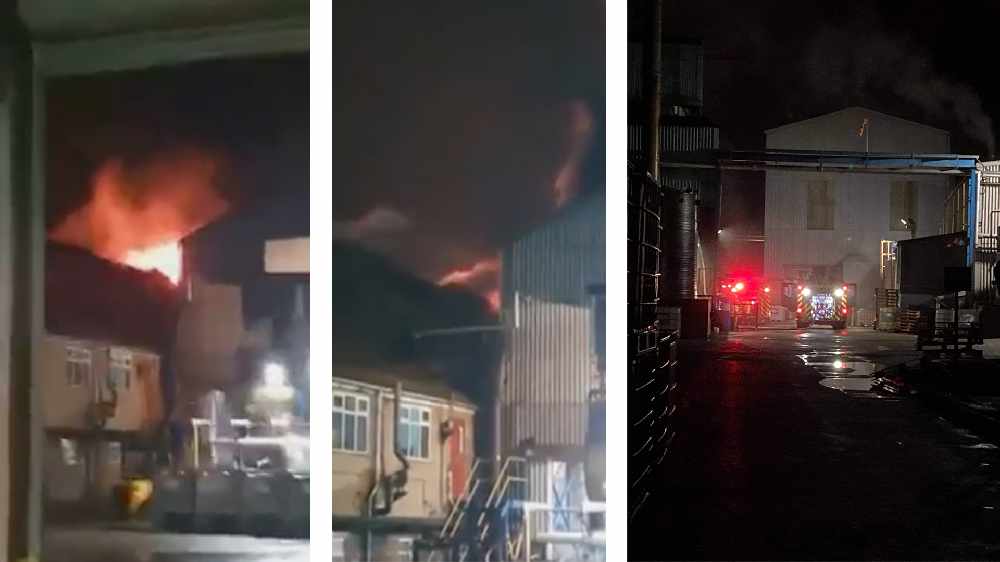 A fire which had broken out at the Plater Group site in Glossop on Monday evening (18 January) has been brought under control.

Police officers and fire crews were called to the eight-acre site previously known as Lancashire Chemicals, off Dinting Lane, just after 8pm, amid reports that a machine is believed to have exploded at the factory.

It’s understood that no-one has been injured.

Five fire engines with firefighters from Derbyshire and Greater Manchester services were in attendance, while a special Aerial Ladder platform was also immobilised from Whitehill station.

A local resident took this video of the initial response, which shows the fire in the background.

Fire crews say the blaze was on the third floor of the building and firefighters tackled the fire wearing breathing apparatus.

The fire was brought under control at around 9.20pm but crews will remain at the scene for 'some time' for damping down and investigation purposes.

A spokesperson for Derbyshire Fire and Rescue Service said: "At 20.06pm, five fire appliances and a special Aerial Ladder platform were sent to a factory fire on Dinting Lane, Glossop. The fire is located on the third floor and firefighters wearing BA entered to tackle the fire.

"Crews were also assisted by colleagues from Greater Manchester Fire and Rescue Service. Police also assisted us at the incident. The fire was brought under control at around 21:21 by firefighters.

"This fire is now under control and we will shortly be releasing some appliances but we will be detained for some time while we continue to carry out our duties."

Glossopdale councillor and High Peak Borough Council deputy leader Damien Greenhalgh earlier tweeted: "Dismayed to learn of this fire in Glossop tonight. Hoping our emergency services are able to bring the fire under control swiftly and limit the damage to the Plater Group site and any nearby residential properties."