Feeding the 5,000 with Buxton church's Waste Not Want Not service 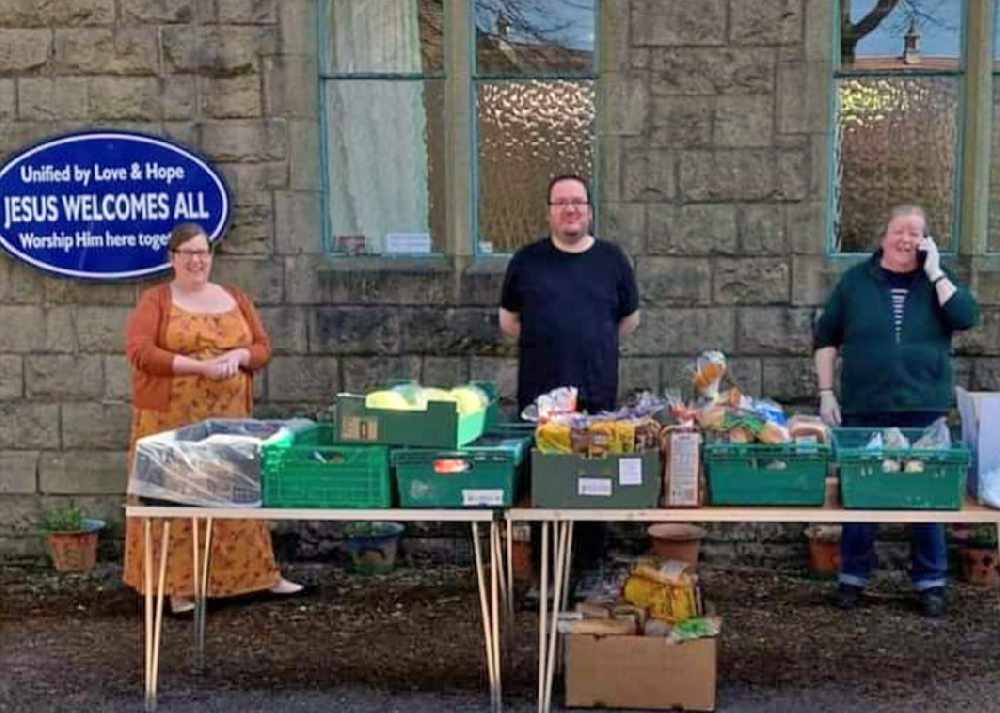 A Buxton service set up to distribute surplus food during the pandemic has served up its 5,000th parcel.

Since the first lockdown began last March, Waste Not Want Not, based at Buxton United Reformed Church, has given away thousands of pounds worth of food to the local community.

Not only has it helped people struggling to cope during the pandemic, but also made use of food that would otherwise have ended up in landfill.

Behind the project is church member Cath Sterndale and her son Dan, who first came up with the idea four years ago.

“It’s amazing to have got this far – it makes me think of the Biblical feeding of the 5,000!” says Cath.

“We originally started collecting left-over fruit and veg, which would be thrown away even though most of it was in excellent condition. Goods were donated because they had only a short sell-by date left, but they could really help someone struggling financially.”

Initially the scheme aimed specifically to help homeless people and was operated under the banner of High Peak Homeless Help, with any surplus donations being distributed by local community groups.

But when the Covid-19 pandemic started they decided to open it up to everyone: “There was no stigma if everyone could access the service freely.”

A grant from the Bingham Trust allowed Cath and Dan to develop the scheme and, since March 2020, Waste Not Want Not has been adopted by Buxton URC as a local community service, supported by a management committee and five volunteer drivers. 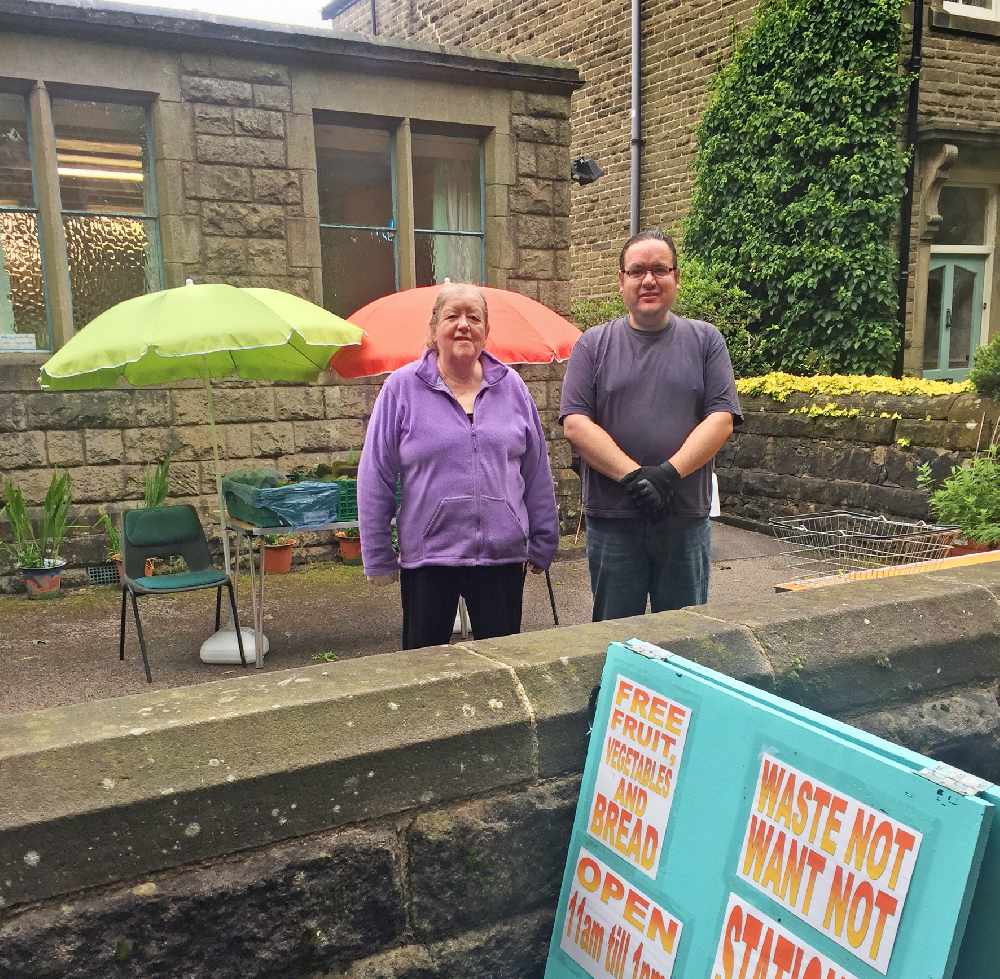 Cath & Dan Sterndale at the Waste Not Want Not food station, outside Buxton URC

It operates six days a week, between 11am-1pm, with Cath and Dan setting up tables in the church yard on Hardwick Square East and passing bags of food over the wall, to maintain social distancing. Originally intended as an eight-week stop-gap measure, it has now been running for nearly a year and has just handed out its 5,000th parcel.

Food has been donated by a variety of shops, including Tesco, Morrisons and Waitrose as well as the Fareshare scheme. Resources have been supplemented by donations and now other local churches are getting involved too – along with the nearby villages of Litton and Cressbrook.

“Food support is open to all,” says Cath. “We’ve served large families who have struggled financially, especially when the schools are closed. We’ve delivered to people who are shielding, afraid to go out, as well as those who couldn’t get a home delivery, were too frail to wait in a long queue or who had lost their jobs. We’ve also worked alongside agencies to assist their service users, including local schools, police, social services and health visitors.

“Some people come just because they want to prevent food being wasted, particularly fruit and veg, and that’s fine because it’s how we started out. Some will make a donation, or swap things for food they’ve grown at home.”

Waste Not Want Not has taken over the church hall with its changing stock. And it doesn’t just include the usual fruit, veg and short-dated tins and packets, there have also been a few surprises: from date syrup and stuffed vine leaves to cheeses, hams and even Christmas dinners donated by restaurants and pubs that could not open to use them.

The range of people helped by Waste Not Want Not has varied too: from an elderly woman who was shielding to a student struggling to cope away from home. Some days they serve 15 people during the two-hour slot; other days it’s up to 40.

“It’s good to know we’re helping people,” says Cath. “Some days it’s difficult physically because we’re standing out here come rain, come shine, come snow! But to be honest we look forward to it – it’s kept us sane and given us a purpose over the last few months. As long as we’re needed, we’re here.”

Cath Sterndale with son Dan, daughter Steph and some of the Waste Not Want Not donations.