Farewell to Chapel man who did so much 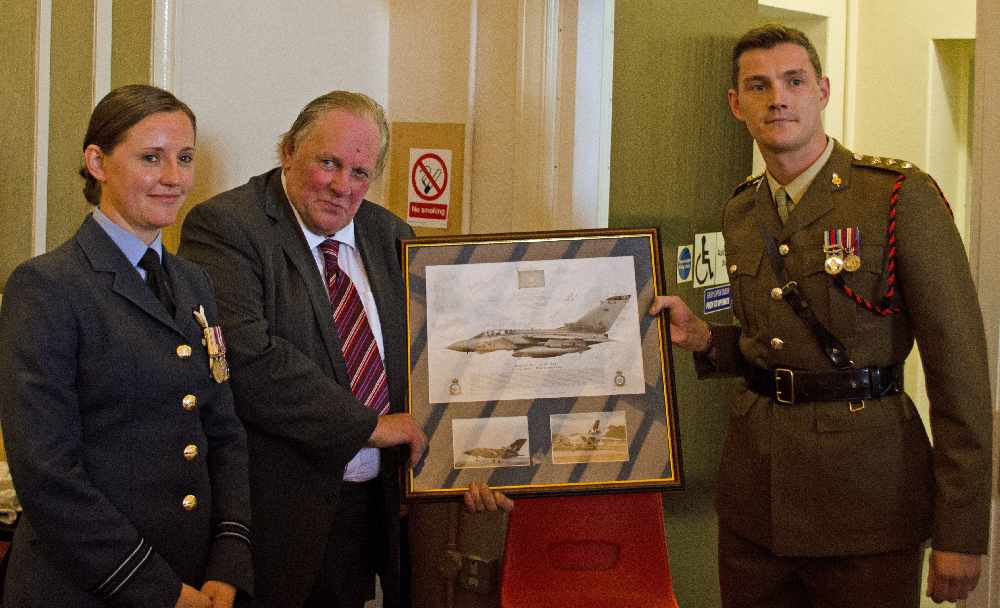 The death has occurred of the man who arranged for a Lancaster bomber to fly over Chapel-en-le-Frith to mark the 70th anniversary of the Dambusters’ raid.

Edmund Bradbury, 77, of Horderns Road, Chapel, died in Stepping Hill Hospital on Friday. He is survived by his brother Nigel.

Mr Bradbury, who had been ill for some time, had a career in local government. He was the Mayor’s secretary at Stockport Council and worked with a total of 35 different mayors.

Mr Bradbury had a great interest in railways and a great love of cricket. He formed the High Peak Railway Passenger Association with brother Nigel in 1972 with the aim of keeping the Buxton to Manchester service going and to encourage more people to use the line.

They both worked to achieve that until the association disbanded when Edmund became ill.

Mr Bradbury’s love of cricket led to him becoming a member of Lancashire CCC. He loved watching games at Old Trafford and also attended Derbyshire CCC matches at Buxton and Chesterfield.

Mr Bradbury was also a founder member of High Peak Cricket Association whose regular meetings had guest speakers from the cricket world.

In a tribute to his brother, Nigel said: “He played a full and active part in every organisation that he was involved in.”

That was evident in what became known as Dambusters Day in 2013 when, as part of the 70th anniversary of the attack on the German dams, a Lancaster Bomber did a fly-past over Derwent Dam where the RAF Squadron practised with the famous ‘Bouncing Bomb’.

Nigel recalled: “Edmund contacted the Battle of Britain Memorial Flight to ask if they would fly over Chapel Town Hall. A local man, Flight Lieutenant Bill Astles who lived in nearby Combs village, was taking part in the raid but was sadly killed on the flight over.

“Edmund mentioned that a memorial service was being held on Chapel market place and they agreed that the Lancaster would fly over.”

Edmund and Nigel were big supporters of the Chronicle and as community correspondents supplied a regular flow of news.

The brothers came from a well known Chapel family and once owned Coldwell Clough Farm.

Mr Bradbury’s funeral will take place at a date to be arranged with a service at Chinley Independent Chapel.

Because of the current lockdown regulations, the number of people allowed to attend will be strictly monitored.

Edmund (centre) with representatives of the Royal Air Force from the Lancaster bomber flyover in Chapel he arranged in 2013 to mark the 70th anniversary of the Dambusters’ raid.