End of the line for Charlesworth telephone 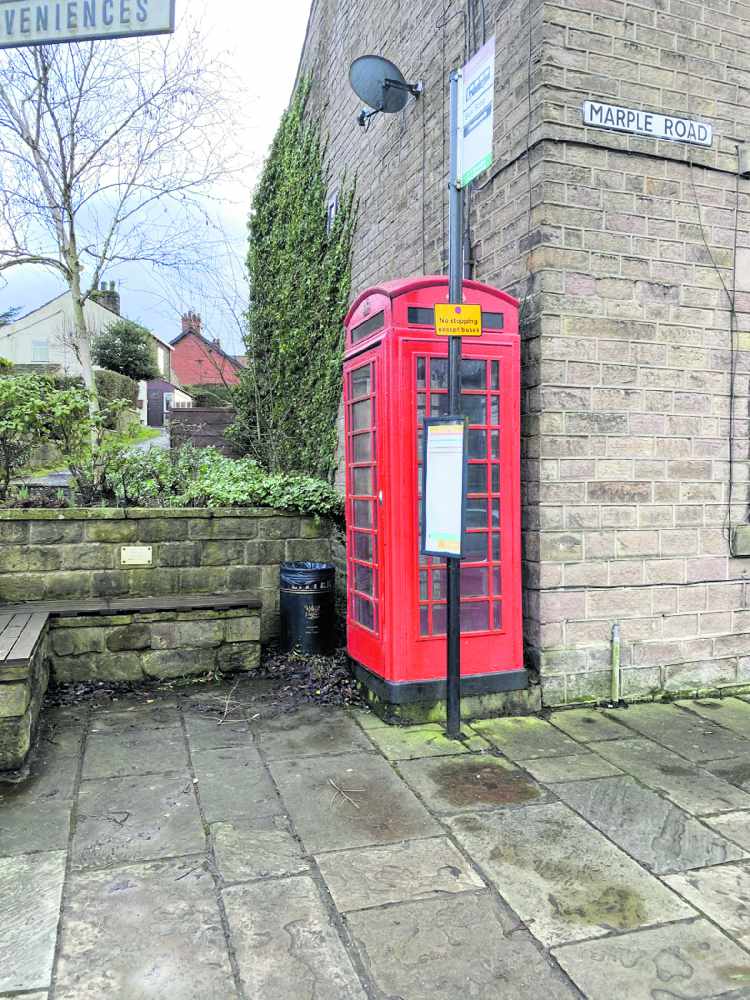 Charlesworth's solitary phone box will stay in the centre of the village - whether it's working or not.

BT are poised to pull the plug on the big red kiosk at the bottom of Town Lane.

With most people owning mobile phones, no one has made a call from it for months.

As we have revealed over the last few months, BT say it has reached the end of the line and want to decommission it.

But even though the telecommunication giants may remove the costly equipment, the box will stay.

At its monthly meeting last Wednesday, the parish council finally decided to adopt what’s seen as a much-loved part of the village.

Local people will now get a chance to say what it will be used for.

Suggestions on the council’s on-line website include turning it into a mini-library and using it to house a defibrillator, with very few wanting to keep it for making or taking calls.

There was a similar response on the Chronicle’s on-line survey, although there was one suggestion to fill it with plants.

Cllr Marcus Gill said: “We should adopt it and decide what to do with it later.”

Once the ‘adoption papers’ come through and the box officially belongs to Charlesworth, the council will again ask villagers for their use suggestions.

It’s possible they may invite them to one of their meetings to tell councillors personally.