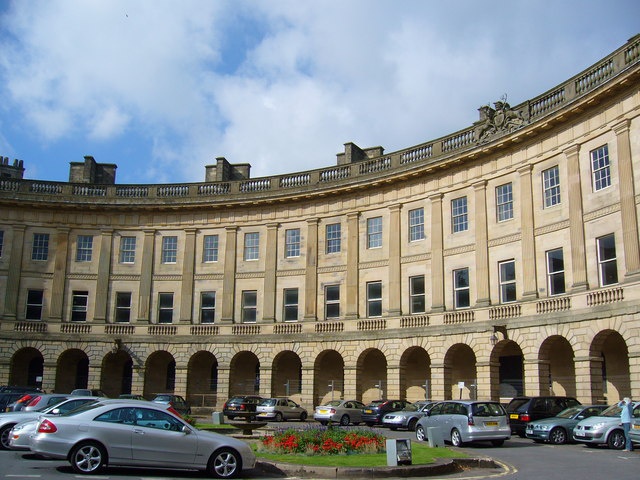 A derelict pub and a disused hotel could be repaired and reused in an effort to boost the area surrounding the £70 million Buxton Crescent revamp.

Long overdue and far over budget, Buxton Crescent is set to reopen next month after being closed for nearly three decades.

It is returning to use as a luxury hotel and spa under the management of Ensana Health Spa Hotels, made up of 26 European spa hotels formerly part of the Hungarian firm Danubius Hotel Group.

The project, believed to cost £70 million was 60 per cent funded by public organisations, including High Peak Borough Council and Derbyshire County Council.

This aims to fund council and organisations “to find new ways to champion and revive historic high streets”.

For the borough council, in partnership with the county council, work will focus on the Spring Gardens area of Buxton.

This would, the county council says, include: “Funding to explore and implement the repair, restoration and reuse of two listed buildings at risk – the White Lion and Grove Hotel.”

The county authority stresses: “The work supporting the HAZ will help capitalise on the County Council’s previous support and investments in Buxton, not least Buxton Crescent, which is situated just west of Spring Gardens across Terrace Road.”

The Grove Hotel, which first opened in 1770, was shut down by owners Robinson’s Brewery in 2013 and has remained closed. It sits in a prime spot at the top of the town’s high street, close to the Crescent.

In 2017, Robinson’s said it had been making repairs to the building but said: “At this time, we do not have plans to re-open the hotel, but remain open minded about its future and will continue to watch developments within the town.”

Meanwhile, the White Lion Hotel, at the opposite end of Buxton’s high street, last known as a popular town centre pub, was built in 1650.

It is currently being used by a series of small businesses, dubbed The Artisan Quarter.

The building is currently on the market for nearly £1 million for use as eight apartments and five houses.

It is not yet known if the two buildings will return to their original uses following the hopeful restoration projects. These options are to be explored by council heritage and conservation officers.

The total project, including money from both councils for conservation officer time, private sector funding and the grant from Historic England is £1.4 million.

A report from the county council says the funding for the “heritage action zone” aims to: “Enhance the area as a destination for a greater range of accommodation and distinct retail offer through the repair and restoration of historic buildings, focusing upon the restoration of traditional shopfronts and the repair of traditional joinery details on upper floors to encourage vacant buildings to be brought back into use and prolong the existing use of a building.”

It also aims to: “Secure the long-term viable future of key buildings at risk located at pivotal points at each end of Spring Gardens.”