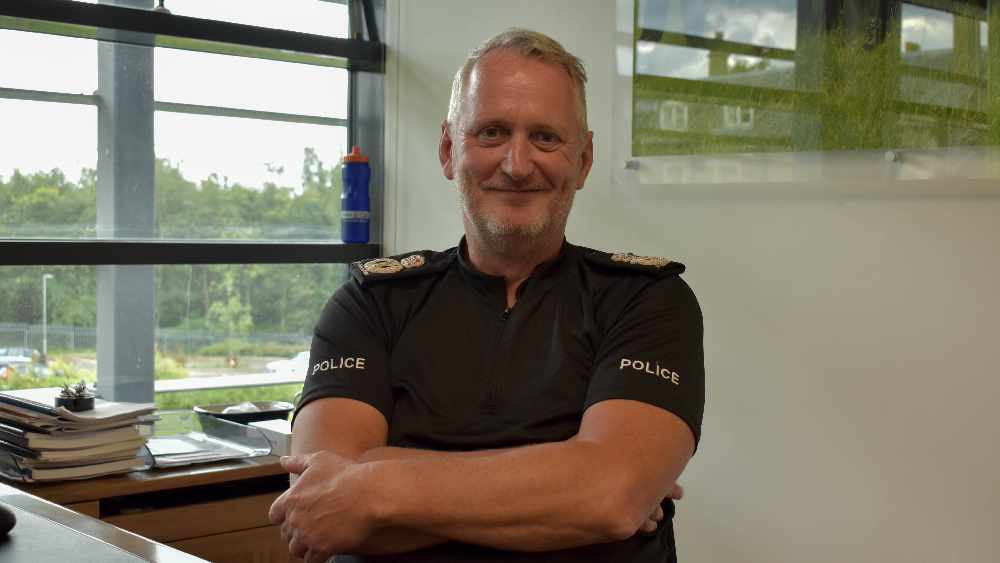 He announced back in May that he would retire at the end of July after 32 years in policing.

Mr Goodman, who has been chief constable for the last three years, has served 13 years in Derbyshire as part of the chief officer team.

Tweeting earlier this week, he said this has been the "happiest period of my policing life".

Mr Goodman commented: “It has been my privilege and pleasure to lead Derbyshire Constabulary and I am very proud to have been part of such a hardworking and dedicated organisation.

“I have seen many changes during my career, in particular the change in crime trends. Technology now plays a large part in crime and I have been lucky enough to be involved in the work that is happening nationally to tackle this as the national lead for cyber crime and serious and organised crime.

“I am extremely proud of the work that officers and staff do day-in-day-out, most of it going unsung. The dedication to keeping the communities of Derbyshire safe is second to none by all members of the force and I know that this will continue.”

Police and Crime Commissioner Hardyal Dhindsa said: “Peter has made a significant contribution to policing and the public over the course of his 32-year career and during the last three years we have enjoyed a good working relationship serving the people of Derbyshire.

“It has been my privilege to work with such a professional and inspirational chief constable in order to protect the vulnerable in our communities, prevent crime and preserve Derbyshire’s reputation as a safe place to live, work or visit. I wish him good luck, health and every happiness for the future.”

Rachel Swann, who is the current Deputy Chief Constable, is set to take over the reins for the top job after being announced as Mr Dhindsa's preferred candidate to replace Mr Goodman.

Amongst a career of high-profile incidents, Ms Swann led the multi-agency response to the Toddbrook Reservoir emergency in Whaley Bridge in August 2019.

Her appointment was subject to a confirmation hearing by Derbyshire’s Police and Crime Panel.