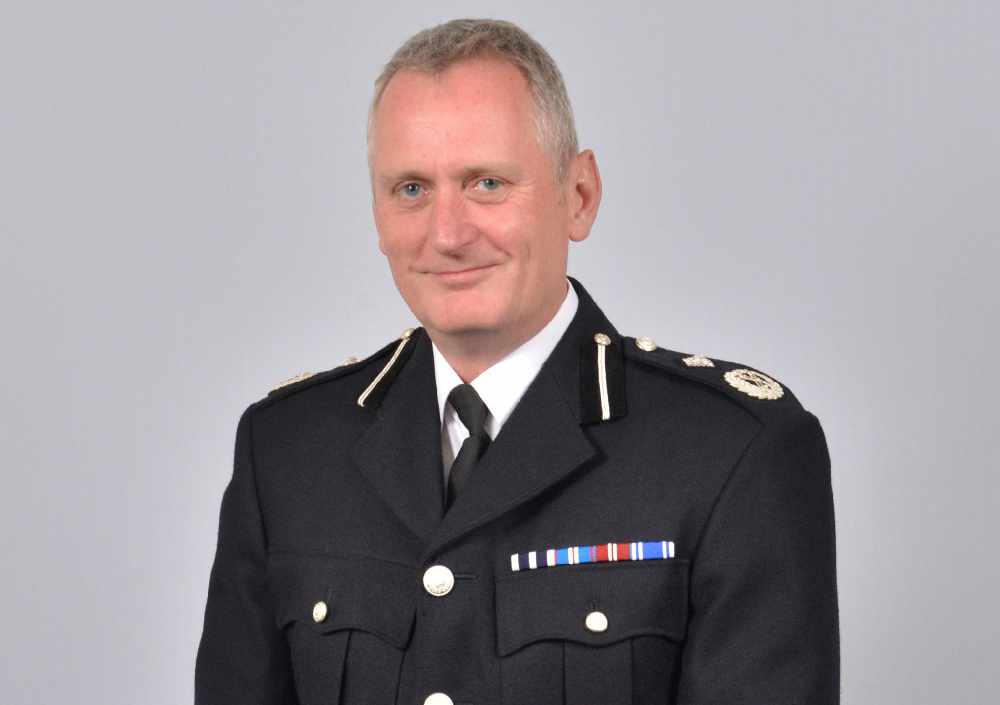 Derbyshire's police chief has expressed his "deep sadness" following the death of George Floyd in the United States and outlined what the force is doing to improve relationships with the public.

Mr Floyd, 46, a black security guard and father from Houston in Texas, died in police custody after being arrested on 25 May in Minneapolis. In a video which went viral, Mr Floyd was heard saying he was in pain and couldn't breathe, while a white police officer continued to kneel on his neck for almost nine minutes. The officer, Derek Chauvin, has been charged with third-degree murder and will appear in court next week. Three other police officers have been fired.

It has since sparked large protests, mainly peaceful ones, from tens of thousands of people across the US, with demonstrators desperately calling for an end to police violence. Meanwhile, millions of people posted black squares on their social media accounts in support of the Black Lives Matter movement, using the hashtag #BlackOutTuesday yesterday - although the hashtag was criticised by some for being reductive. Public buildings have also been lit up in purple as a gesture of solidarity, and street murals of Mr Floyd have also been created.

Locally, Chief Constable Peter Goodman (pictured), who will retire at the end of July after 32 years in policing, has condemned the actions across the pond, stating that "justice needs to be done", as well as explaining the force's stance and what it is doing to support the county's diverse communities.

He said in a statement: "I, like my chief constable colleagues, am shocked and deeply saddened as a career police officer by the apparent unlawful killing of George Floyd.

"What I have witnessed bears no relationship to the values I have held dear as a police officer throughout my service. Justice needs to be done and healing needs to start with renewed energy.

"At Derbyshire Constabulary we value and respect our diverse communities and we support the statement that has been issued by the National Police Chief’s Council.

"We as a force continue to build on our relationships with the public and we will continue to do this by working with local groups, community leaders and faith groups.

"As well as working with the public it is important to continue to hear the voice of our staff to improve working practices and to train and educate our workforce."

Although Mr Goodman acknowledged the rights to protest, he reiterated the message for people to act responsibly during these unprecedented times amid the ongoing coronavirus pandemic.

He added: "Where there are plans for any mass gatherings we, like other forces, will ensure proportionate and consistent policing plans are put in place, where required. The rights to protest are well established in this country; however these are exceptional times where coronavirus regulations now prevent such gatherings and personal responsibility is now key.

"For those who are able to leave their homes as a result of the changes, think carefully about where you are going and how you will be able to keep your distance from others. Keep in mind the purpose of the regulations and the national effort to protect the NHS and save lives."

Meanwhile, police leaders across the UK came together this morning (Wednesday) to publish a joint statement about the death of Mr Floyd.

Chief constables from forces across the country, the chair of the National Police Chiefs’ Council, the chief executive of the College of Policing and the President of the Police Superintendents' Association say they are "horrified" by the way Mr Floyd died and "appalled" by the events which have followed in the US.

They also added that police in the UK "strive to continuously learn and improve" and will tackle bias, racism or discrimination wherever they find it.

The statement reads: “We stand alongside all those across the globe who are appalled and horrified by the way George Floyd lost his life. Justice and accountability should follow.

“We are also appalled to see the violence and damage that has happened in so many US cities since then. Our hearts go out to all those affected by these terrible events and hope that peace and order will soon be restored.

“In the UK we have a long-established tradition of policing by consent, working in communities to prevent crime and solve problems. Officers are trained to use force proportionately, lawfully and only when absolutely necessary. We strive to continuously learn and improve. We will tackle bias, racism or discrimination wherever we find it.

“Policing is complex and challenging and sometimes we fall short. When we do, we are not afraid to shine a light on injustices or to be held to account.

“The relationship between the police and the public in the UK is strong but there is always more to do. Every day, up and down the country, officers and staff are working to strengthen those relationships and address concerns. Only by working closely with our communities do we build trust and help keep people safe.

"We know people want to make their voices heard. The right to lawful protest is key part of any democracy, which UK police uphold and facilitate. But coronavirus remains a deadly disease and there are still restrictions in place to prevent its spread, which include not gathering outside in groups of more than six people. So, for whatever reason people want to come together, we ask that people continue to work with officers at this challenging time."

The above statement was issued by Martin Hewitt, Chair of the National Police Chiefs’ Council, Mike Cunningham, Chief Executive of the College of Policing, and Paul Griffiths, President of the Police Superintendents' Association.