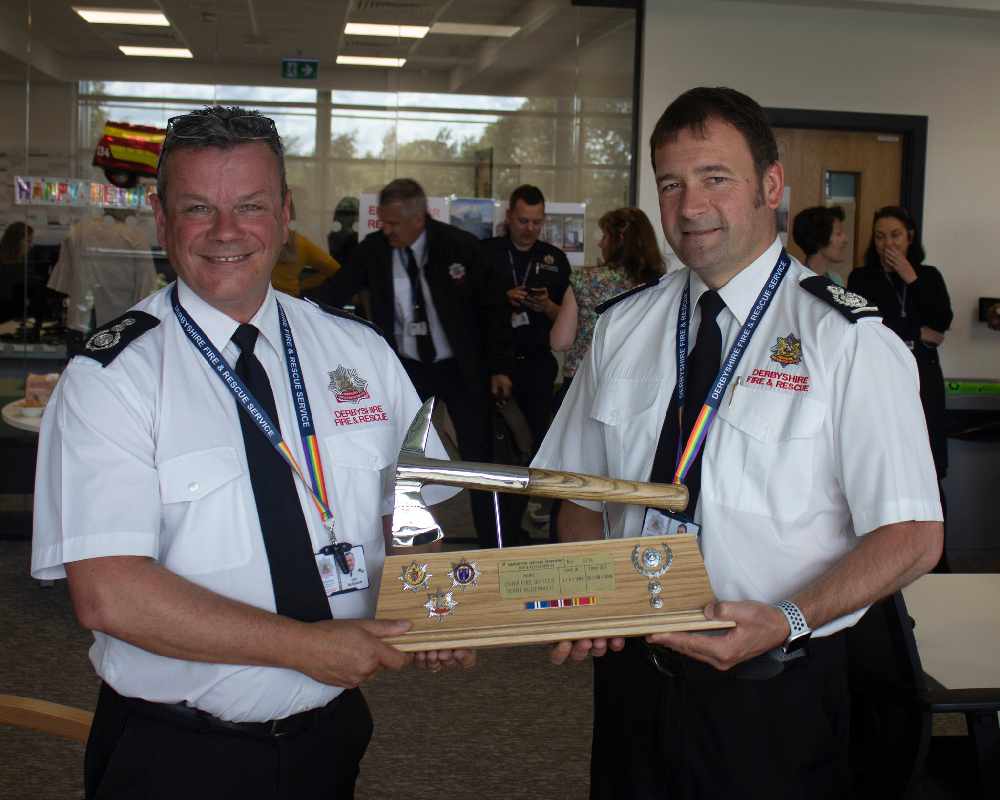 Mr McDermott joined the fire and rescue service in 1989, after visiting a fire station at the age of eight when he decided he wanted to become a firefighter.

He began as a trainee firefighter at Greater Manchester Fire and Rescue Service in 1989 and he was awarded the prestigious Silver Axe - which is presented to the trainee who has shown a high level of commitment and teamwork and displayed an excellent attitude and work ethic.

Terry continued to progress through the ranks, moving to Cheshire Fire and Rescue Service in 2008 to become Group Manager before transferring to Derbyshire in 2014 to fill the post of Deputy Chief Fire Officer.

A year later, he was appointed Chief Fire Officer/Chief Executive and has fulfilled the role ever since.

On Wednesday, there was a special presentation to mark Terry's retirement, at which his successor Gavin Tomlinson - who was previously Deputy Chief Fire Officer - spoke glowingly of his colleague's service.

"It has been an absolute pleasure working alongside Terry," Gavin said.

"He has been an inspirational Chief, leading us through many challenges and steering us to many successful collaborations with Derbyshire police, East Midlands Ambulance Service and Nottinghamshire Fire and Rescue Service; in addition Terry has led a Service at the forefront of blue light collaboration, delivering a new joint headquarters and a joint training centre.

“I am honoured to be taking over from Terry and feel privileged to become Derbyshire’s Chief Fire Officer, leading a Service that is committed to protecting our communities and continuing to provide a first class service to the people of Derbyshire." 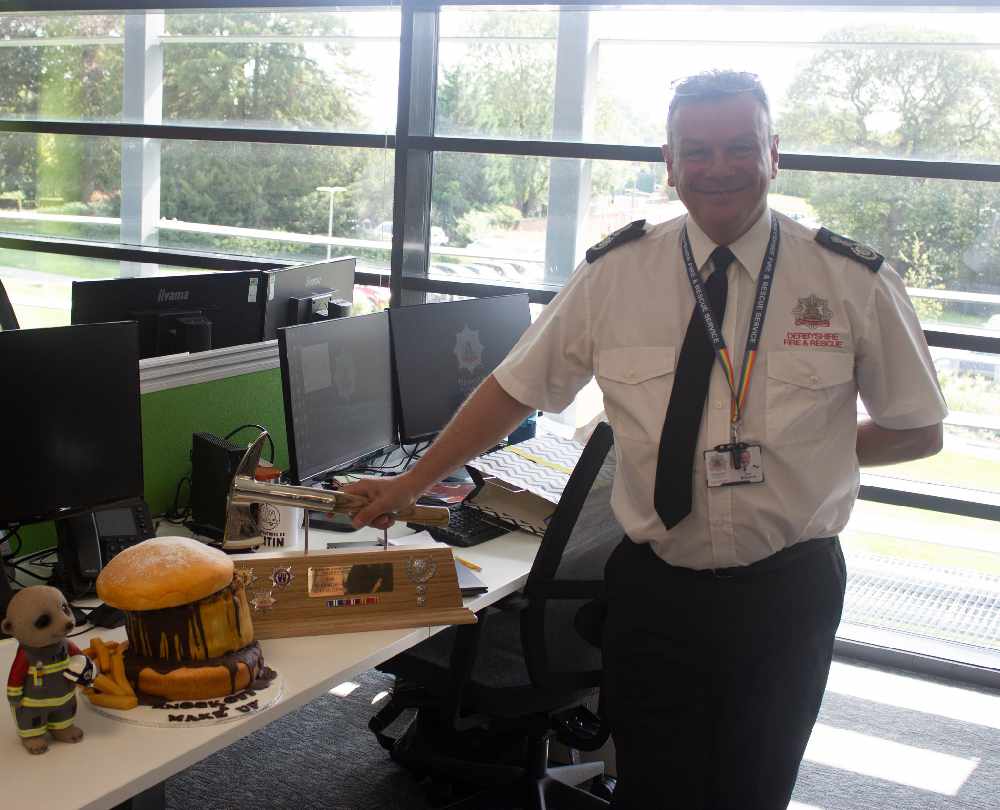 Born and raised in Belper, Tomlinson joined Derbyshire Fire & Rescue Service in 1993 as a trainee Firefighter. Over the last 26 years, Gavin has served in many areas, including operational station command, fire safety, learning and development and prevention.

In 2010, he was promoted to Area Manager, responsible for Community Safety and the delivery of the Tri Service Control project, before being promoted to Deputy Chief Fire Officer in 2015.

Cllr Kevin Buttery, Chair of the Fire & Rescue Service, said: "Gavin brings a wealth of knowledge and experience to the role of Chief Fire Officer and the fire and rescue authority are confident that he will continue the good work and legacy left by our outgoing Chief, Terry McDermott, ensuring we continue to Make Derbyshire Safer Together."

Proud, honoured and privileged to take over from @terry103mc as the new Chief Fire Officer for @DerbyshireFRS
From Firefighter to Chief in the county I was born and raised in is a special feeling. Ready for the challenges ahead.
Special thanks for Terrys help and support 👍