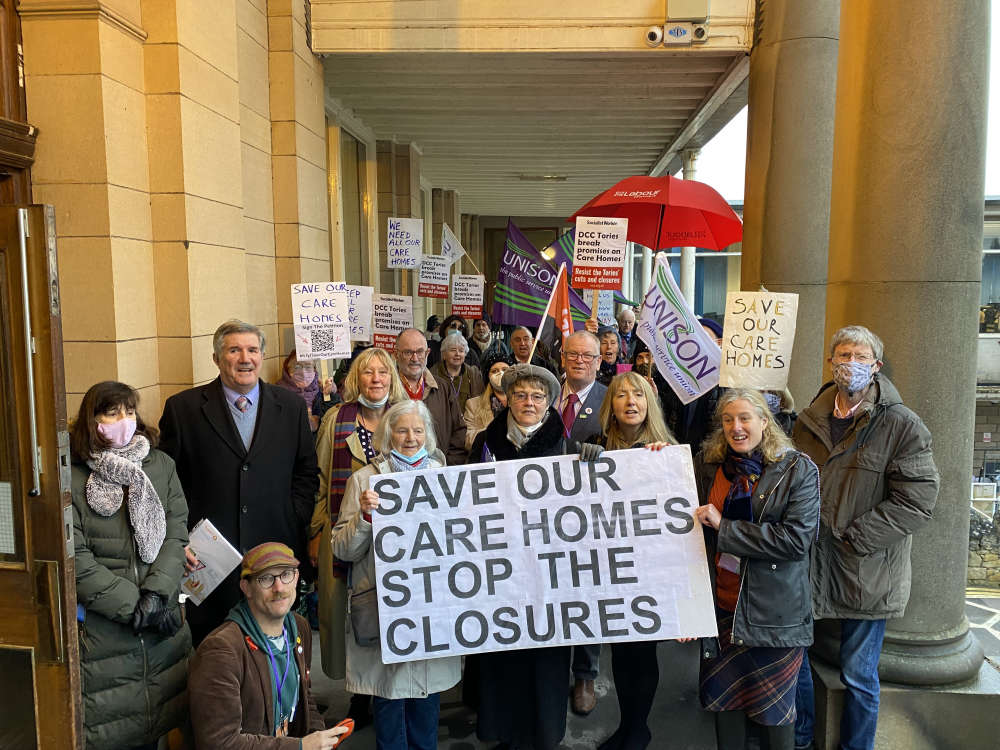 A care chief claims a consultation over the future of seven Derbyshire County Council-run care homes is seeking the ‘best possible outcome’ for residents and their families, amid fears their closures have been predetermined.

Councillor Natalie Hoy dismissed further claims that the future of the remaining 16 council-run care homes could also be under threat as ‘speculation’, maintaining she hadn’t heard any such reports.

The Cabinet Member for Adult Care said: “I’d like to reassure everybody that no decision has been made, that’s the sole purpose of the consultation.

“We have to consult because doing nothing isn’t an option.

“These dated buildings are in need of major refurbishment works and should major works be undertaken we would need to relocate residents and redeploy staff for 40 weeks.

“We can’t have staff or residents living or working on a live construction site.”

The consultation kick-started again last week after being taken before a scrutiny committee, where it was announced residents would probably have to be moved out by September next year, regardless of its outcome, to allow essential electrical wiring work to be carried out.

Cllr Hoy explained: “Due to deterioration of the wiring, if nothing is done, the executive director of adult social care and health will have to begin closure to ensure the safety of residents.”

Protests have taken place outside County Hall, in Matlock, and a petition has been launched in opposition of the proposals.

Cllr Hoy said that if needs be the authority has money allocated in its reserves to cover the £27million of repairs needed to keep the homes open.

The council is prepared to pay any increased cost of relocating the 68 residents to suitable alternative accommodation, whether in private or council-run care homes in this county or another county if they wish to relocate to be closer to family.

“The council will be paying to ensure that they’re in a care home of their choice, so we want to reassure residents’ families that there’ll be no issues with costs,” Cllr Hoy said.

“We’ll be ensuring that residents move is as stress-free as possible.”

She added that the authority is also offering a ‘digital package’ and ‘discretionary travel allowance’ to enable residents to stay in close contact with family and friends.

When asked about the impact of the potential care home closure on future provision, Cllr Hoy responded: “We still have a very large supply of care home beds throughout Derbyshire and as an authority we still have a large amount of care homes as well.”

She added that as part of the process, a scrutiny committee looked at areas around the affected care homes and agreed there was ‘plenty of provision for residents in Derbyshire’.

Likewise, she said the authority would still be able to cater for the county’s ‘bed blocking’ patients, awaiting transfer to respite or care homes from hospital.

Cllr Hoy said over the last ten years, there had been a growing trend for people to stay at home rather than go into care facilities.

“People are choosing to stay at home for as long as they possibly can,” she commented.

Cllr Hoy said the council was able to support people choosing to remain at home through its Better Lives programme, which has been designed for that purpose.

She continued: “You can understand if a person has lived in their home with their husband or wife for such a long time that they want to remain and to have that independence.”

Cllr Hoy concluded that it didn’t matter which political party was in charge of Derbyshire County Council, the issue needed to be addressed.

“It’s about the people that live and work in these buildings, and we’ve got a duty to go out and consult to get the best outcome for our residents in Derbyshire,” she concluded.

To take part in the online consultation, which runs until March 4, visit derbyshire.gov.uk and search for ‘direct care homes for older people’.